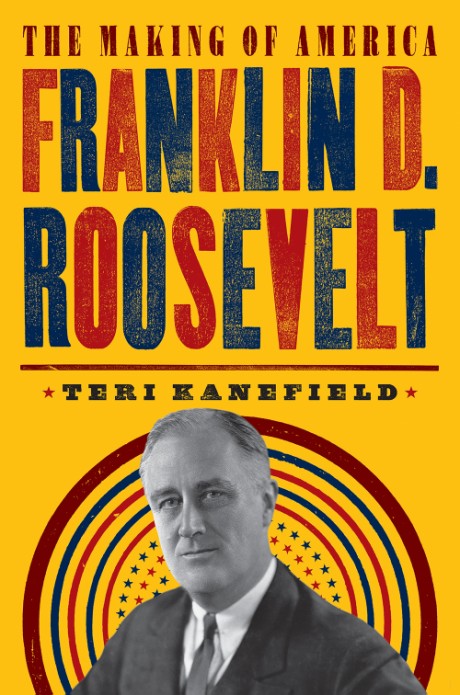 Now in paperback, the inspiring story of one of America’s greatest presidents

The fifth book in the Making of America series, Franklin D. Roosevelt examines the life of America’s 32nd president: his birth into one of America’s elite families, his domineering mother, his marriage to Eleanor Roosevelt, his struggle with polio, and his political career. A Democrat, Roosevelt (1882–1945) won a record four presidential elections and is the longest-serving US president. During his time in office, he led the country through the Great Depression and World War II, and helped to redefine the role of the US government with the New Deal. Scholars often rate him as one of the three greatest presidents, along with George Washington and Abraham Lincoln. The book includes selections from FDR’s writings in addition to endnotes, a bibliography, and an index.

"Kanefield provides readers with an intimate examination of Franklin Delano Roosevelt . . . it flows in a friendly and welcoming style that reluctant readers will appreciate."
— Kirkus Reviews

"Kanefield affords readers the opportunity to 'see' Roosevelt as his contemporaries might have. Readers more familiar with Eleanor Roosevelt than her husband will find this title a valuable counterpoint, and students seeking a general American history of the period will benefit from its well-defined focus."
— The Bulletin of the Center for Children’s Books

"Some issues presented in this history are uniquely similar to those present in today's politics, making them worthy of comparison in a history or government classroom. Equally compelling is the number of quotes that originated from Roosevelt that are taken as clichés now. Again, the history and context of these quotes would make good discussion topics for history, government, or English classrooms."
— School Library Connection

Teri Kanefield is a lawyer and the author of The Girl from the Tar Paper School, The Extraordinary Suzy Wright, the Making of America series, and more. Her awards include the Jane Addams Children’s Book Award and the Carter G. Woodson Book Award. She lives in San Luis Obispo, on the central California coast.