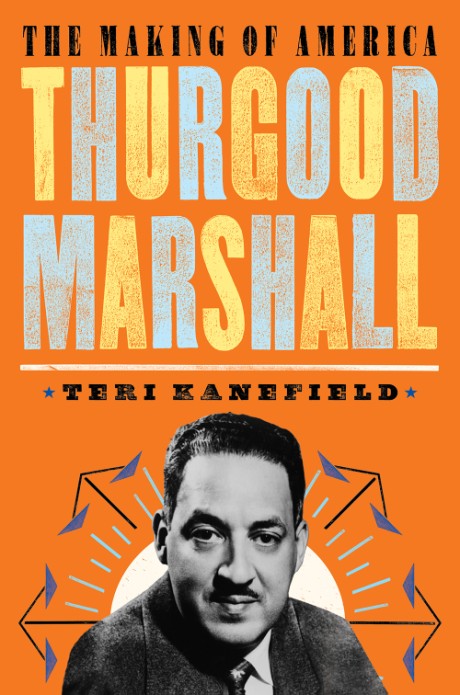 The Making of America #6

When Thurgood Marshall—the great grandson of a slave—was born, African Americans were denied equal rights in America. Segregation was legal. Lynching was common. In some places, African Americans were entirely excluded from public life; they were forbidden to enter public parks and museums or use public swimming pools and restrooms.

After being denied admission to the University of Maryland Law School because of his race, Marshall enrolled at Howard University. He graduated first in his class and set out as a young lawyer determined to achieve equality for all Americans. Here is the story of how he did it—how he devised his legal strategy for expanding “we the people,” to include all people.

Thurgood Marshall explores his life, from his childhood in Baltimore to his trailblazing career as a civil rights lawyer, and finally his years as a United States Supreme Court justice.

"Kanefield's narrative is lively, and she provides important context where needed, such as how even though Marshall and Dr. King agreed on the need for change, Marshall did not agree on King's strategy of civil disobedience.An important addition to a highly useful series."
Kirkus Reviews —

"Provides a well-rounded look not only at the life of Marshall, but at the events in the world that shaped him into the man he was, and how he in turn helped shape the world for future generations."
School Library Connection —

"Insets and in-text explanations smoothly bring readers up to speed on key concepts such as the 'equalization strategy'."
The Bulletin of the Center for Children’s Books —

Teri Kanefield is a lawyer and the author of The Girl from the Tar Paper School and the Making of America series, among other books. She lives in San Luis Obispo, California.