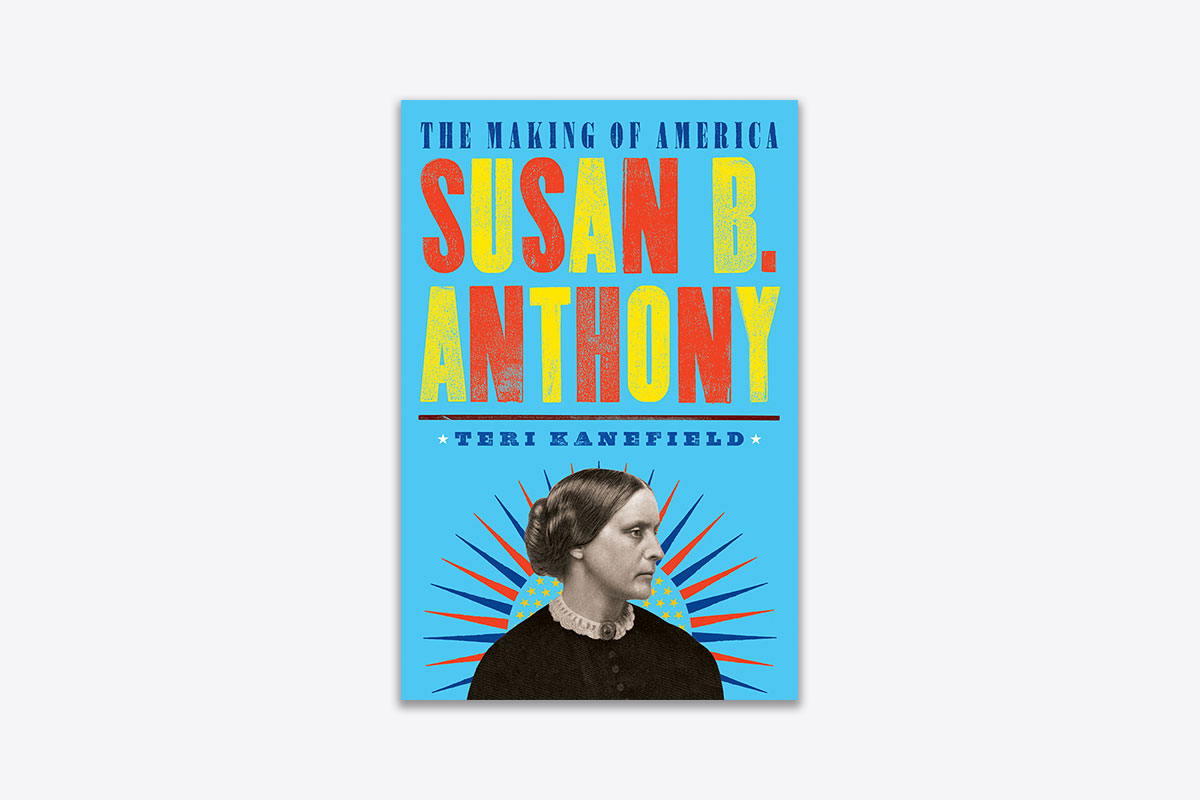 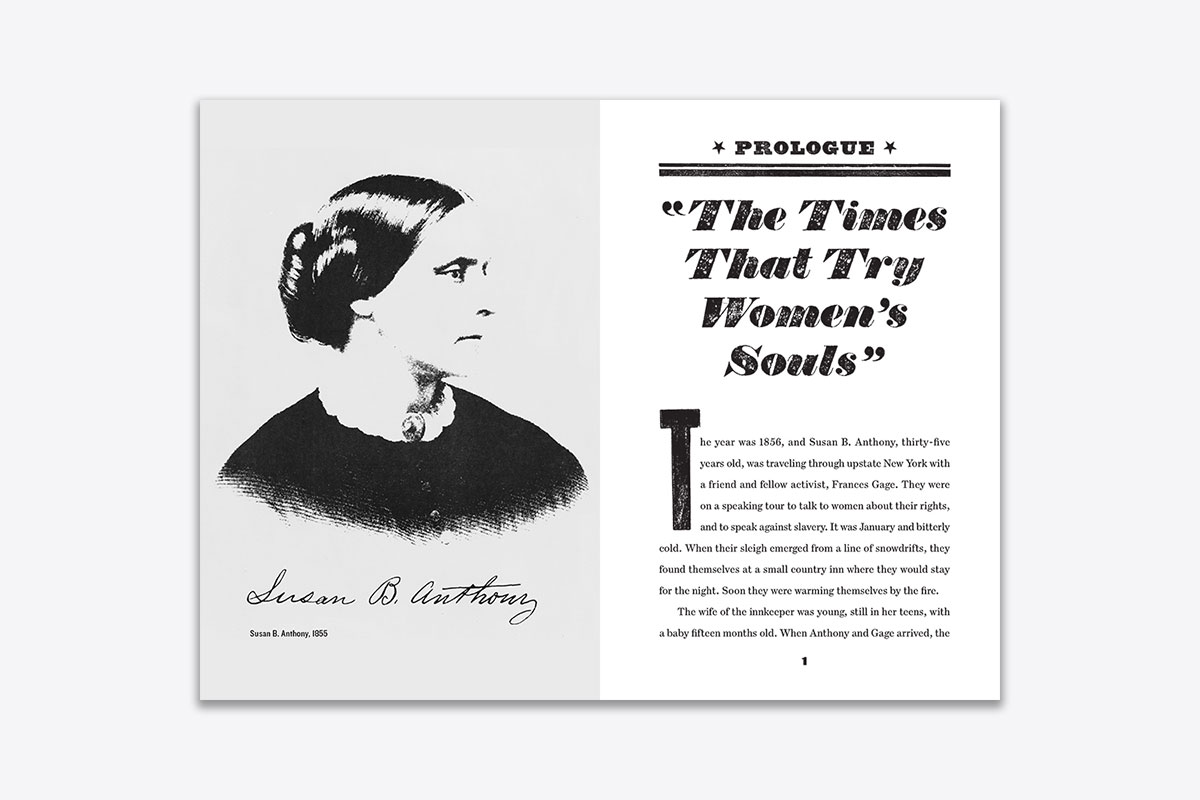 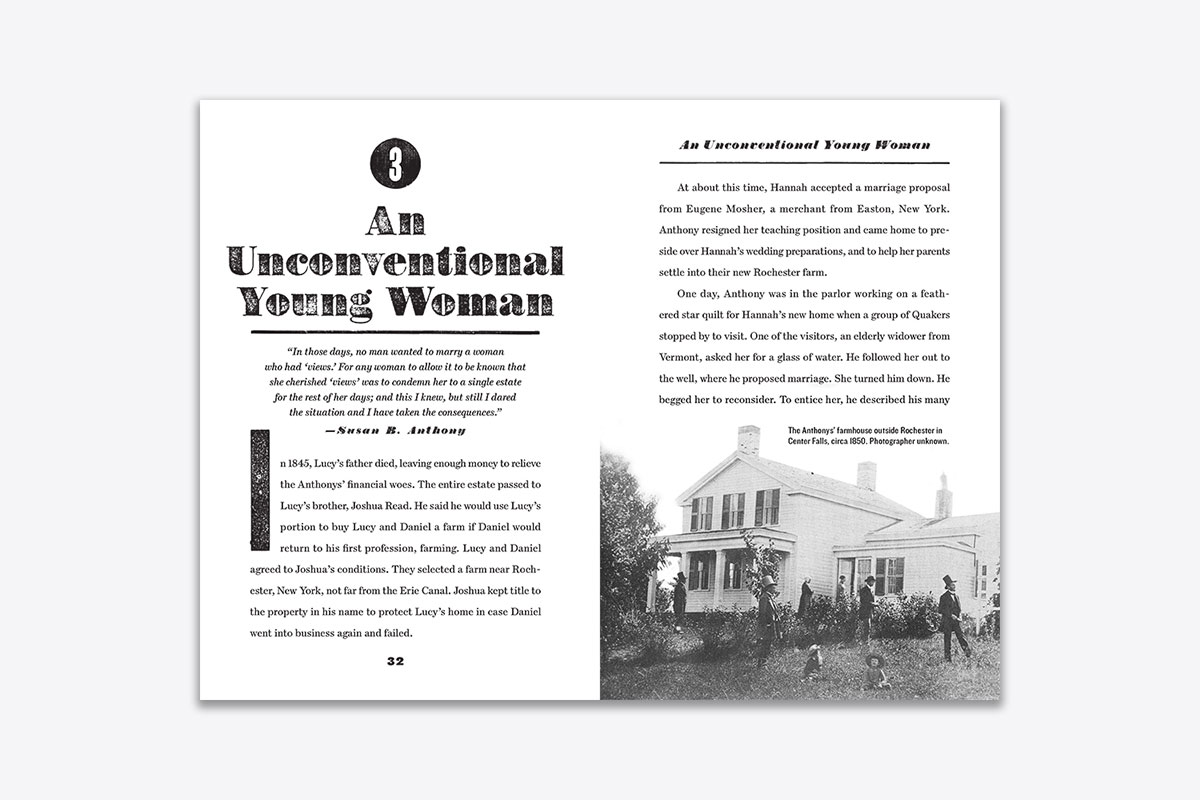 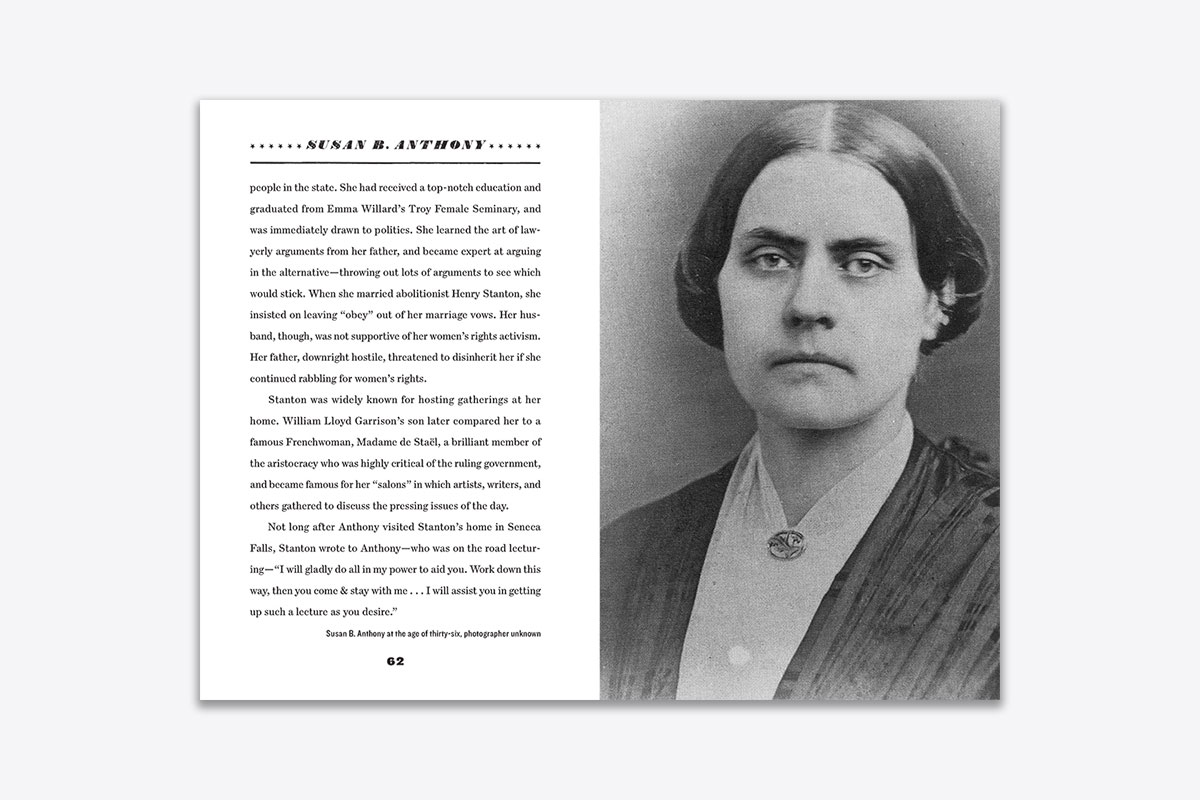 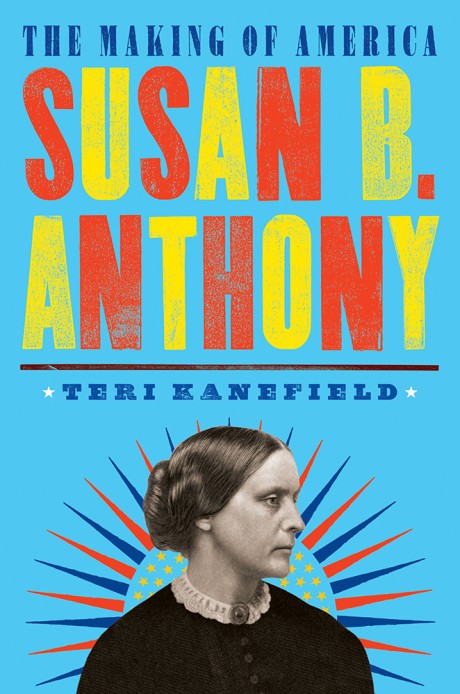 The Making of America #4

In the fourth installment in the Making of America series, Susan B. Anthony, Teri Kanefield examines the life of America’s famous suffragette. Anthony was born into a world in which men ruled women: A man could beat his wife, take her earnings, have her committed into an asylum based on his word, and take her children away from her. While the young nation was ablaze with the radical notion that people could govern themselves, “people” were understood to be white and male. Women were expected to stay out of public life and debates. As Anthony saw the situation, “Women’s subsistence is in the hands of men, and most arbitrarily and unjustly does he exercise his consequent power.” She began her public career as a radical abolitionist, and after the Civil War, she became an international figurehead of the women’s suffrage movement. The book includes selections of Anthony’s writing, endnotes, a bibliography, and an index.

"?A fine biography, both enlightening and entertaining, on a critical topic."
Kirkus Reviews —

"An excellent introduction to a woman that should be remembered for her tireless work to get women the right to vote and live as they chose."
School Library Connection —

"Susan B. Anthony, who fought tirelessly for women to have the right to vote, is profiled in this very readable entry in the Making of America series."
Booklist —

"Kanefield presents the entire package of [Anthony's] activism over a remarkably lengthy career."
The Bulletin of the Center for Children's Books —

Teri Kanefield is a lawyer and the author of The Girl from the Tar Paper School, The Extraordinary Suzy Wright, The Making of America series, and more. She lives in San Luis Obispo, California.