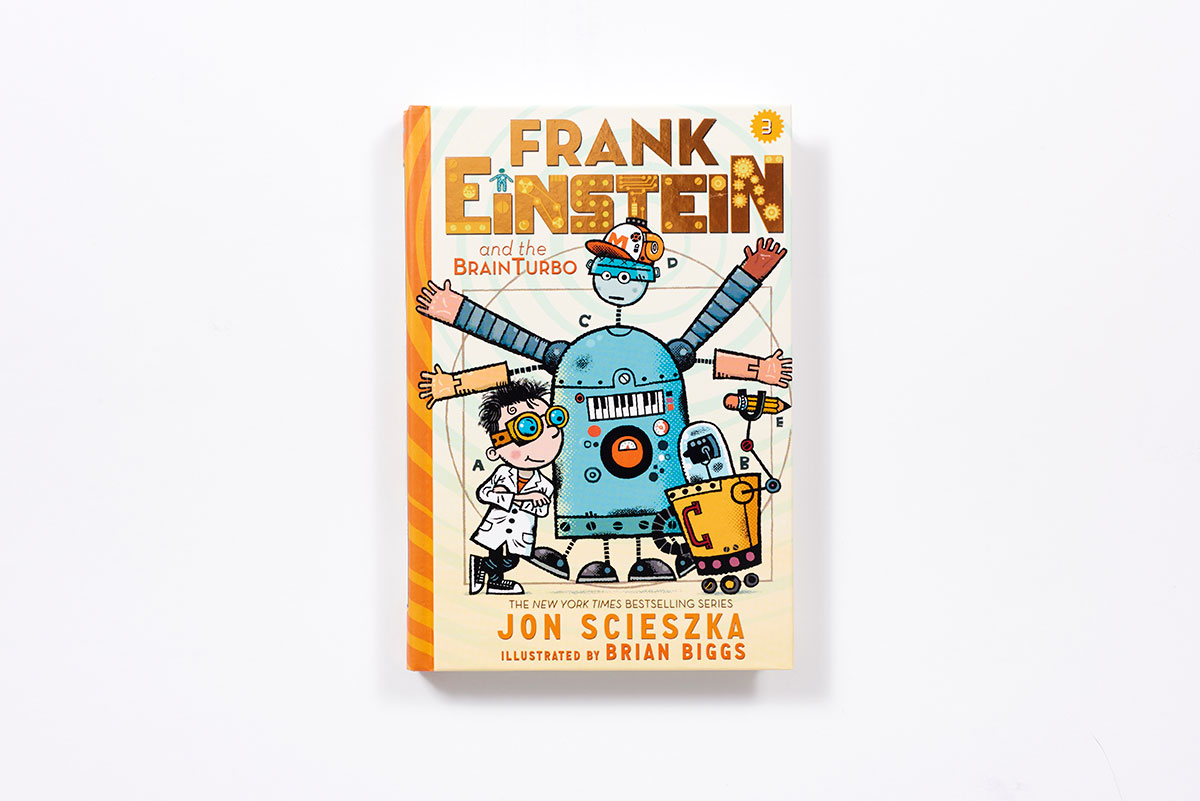 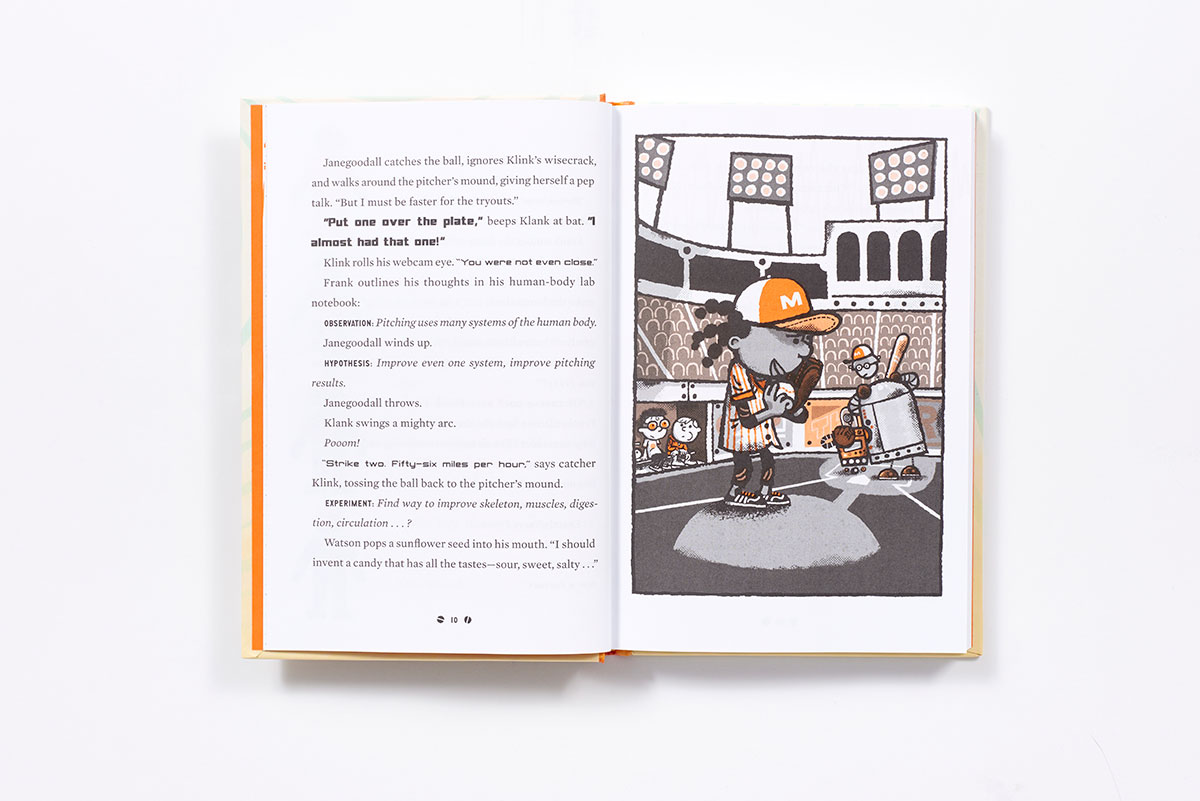 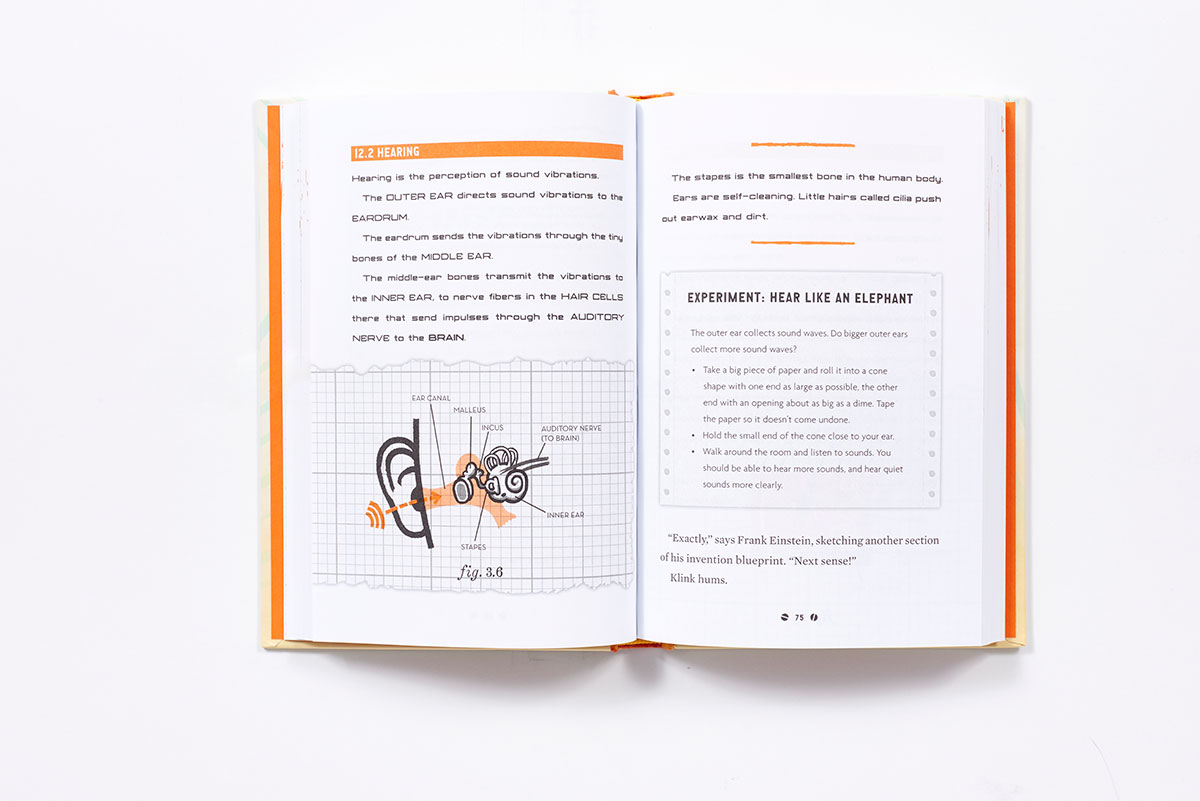 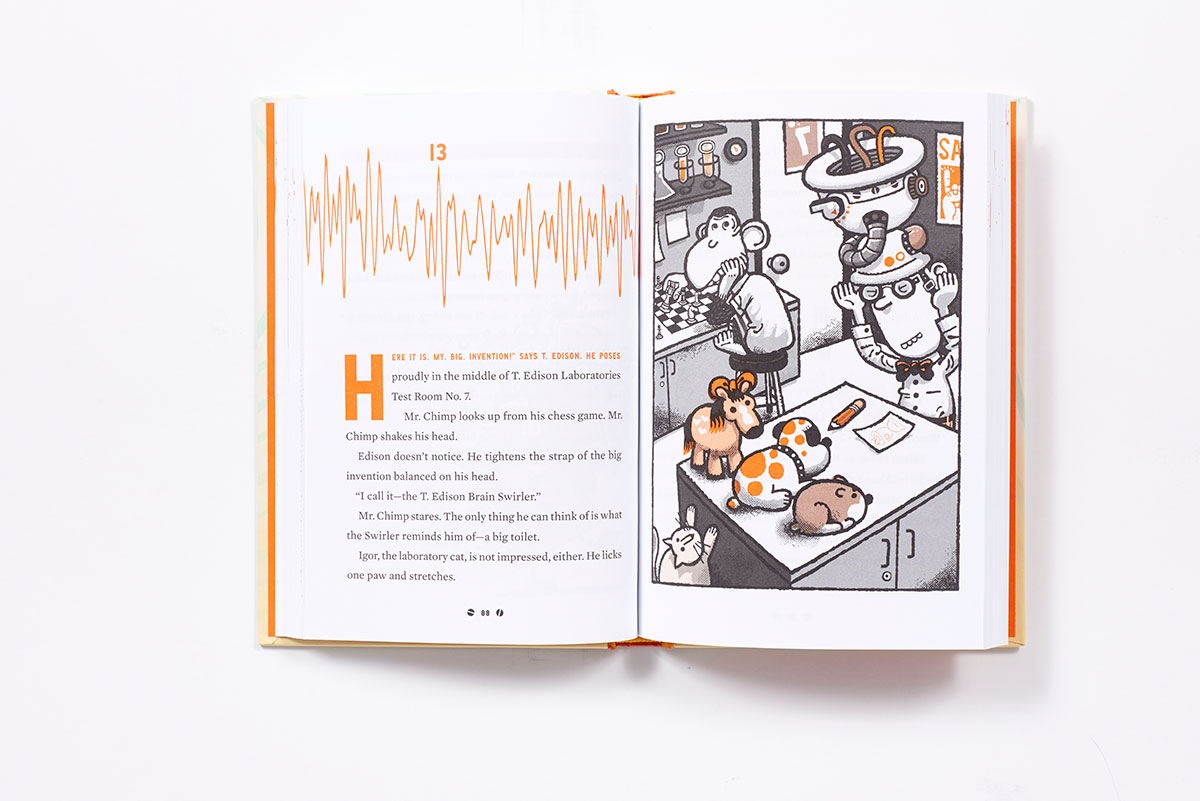 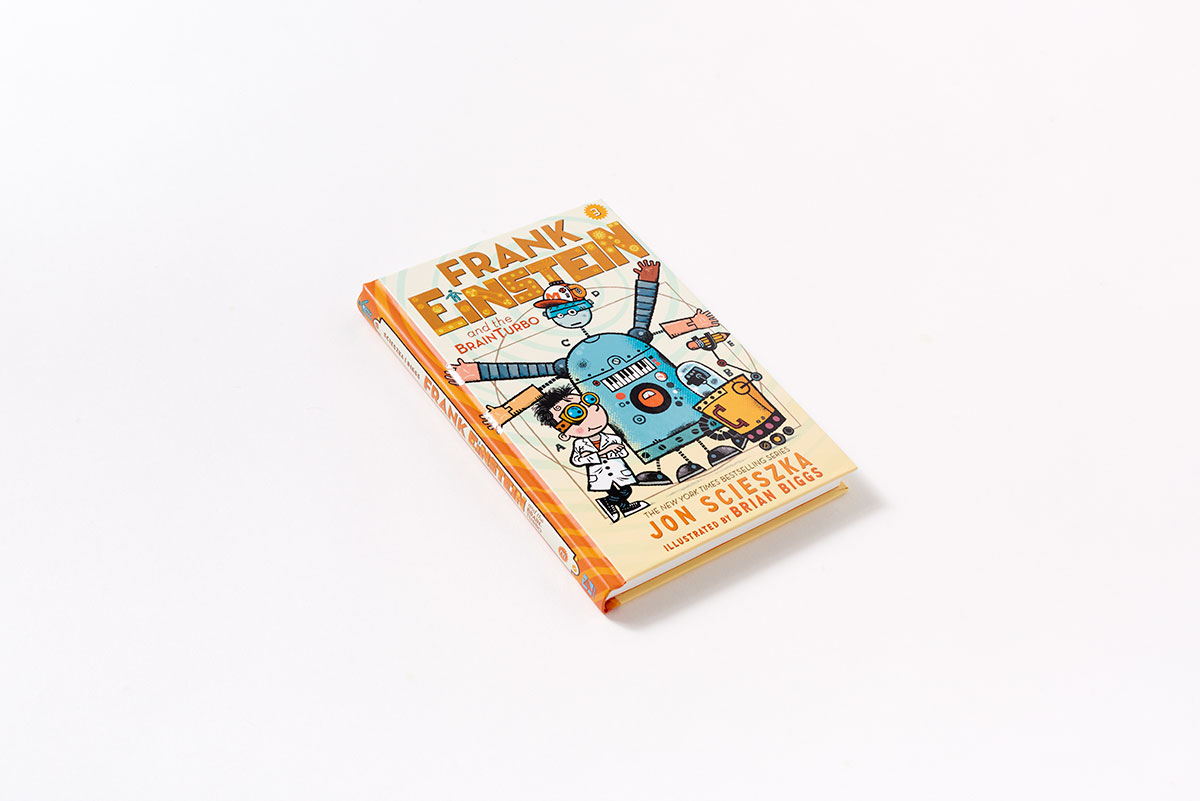 "I never thought science could be funny . . . until I read Frank Einstein. It will have kids laughing."
—Jeff Kinney, Diary of a Wimpy Kid

More clever science experiments, funny jokes, and robot hijinks await readers in book three of the New York Times bestselling Frank Einstein chapter book series from the mad scientist team of Jon Scieszka and Brian Biggs. The perfect combination to engage and entertain readers, the series features real science facts with adventure and humor, making these books ideal for STEM education. This latest installment examines the quest to unlock the power behind the science of "the human body."

Kid-genius and inventor Frank Einstein loves figuring out how the world works by creating household contraptions that are part science, part imagination, and definitely unusual. In the series opener, an uneventful experiment in his garage-lab, a lightning storm, and a flash of electricity bring Frank’s inventions—the robots Klink and Klank—to life! Not exactly the ideal lab partners, the wisecracking Klink and the overly expressive Klank nonetheless help Frank attempt to perfect his inventions. In the third book in the series, Frank creates the BrainTurbo to power-boost the human body and help his baseball-pitching pal Janegoodall make the team. But when Klank goes missing, they must first rescue their robot pal and stop T. Edison—Frank’s classmate and archrival—from stealing their latest invention and using it against them!

"The two-color cartoon illustrations are detailed and engaging…facts are educational and presented in an interesting way…draws readers into the book with its boy-friendly hijinks…This book teaches kids a lot in an accessible, easy-to-read format…"
— Kira Moody, Whitmore Public Library, Salt Lake City, UT, School Library Journal

"Scieszka's third joke-filled Frank Einstein adventure jam-packed with sneaky science lessons is perfect for young scientists who may prefer fact to fiction. Biggs' ample tricolor (orange, black, and white in this outing) illustrations extend both the story and the science. Aftermatter broadens the fun with additional science facts, puzzles, and even baseball tips. Halfway through the series, the science and the sly (and slapstick) laughs are still going strong."
— Kirkus

"A perfect page-by-page balance of nerdy science and zany humor will draw readers in and keep them moving."
— Booklist

Jon Scieszka has sold more than 11 million books, including The Stinky Cheese Man and Other Fairly Stupid Tales, The True Story of the 3 Little Pigs, the Time Warp Trio and Spaceheadz series, and Battle Bunny with Mac Barnett. Scieszka lives in Brooklyn. Visit him online at frankeinsteinbooks.com.