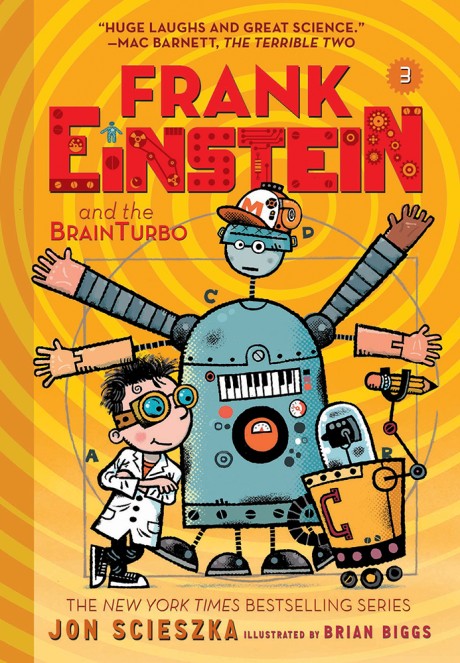 Science fiction meets science fact! Frank Einstein (kid genius, scientist, and inventor) and his best friend, Watson, team up with Klink (a self-assembled artificial intelligence entity) to create the BrainTurbo to power-boost the human body and help their baseball-pitching pal Janegoodall make the team. But when Klank (a mostly self-assembled and artificial almost intelligence entity) goes missing, they must first rescue their robot pal and stop T. Edison—Frank’s classmate and archrival—from stealing their latest invention and using it against them!

Jon Scieszka’s books include The Stinky Cheese Man and Other Fairly Stupid Tales, Battle Bunny, and the Time Warp Trio and Spaceheadz series. He lives in Brooklyn. frankeinsteinbooks.com

Brian Biggs’s picture books include Everything Goes and the brand-new series Tinyville Town. He lives in Philadelphia. mrbiggs.com