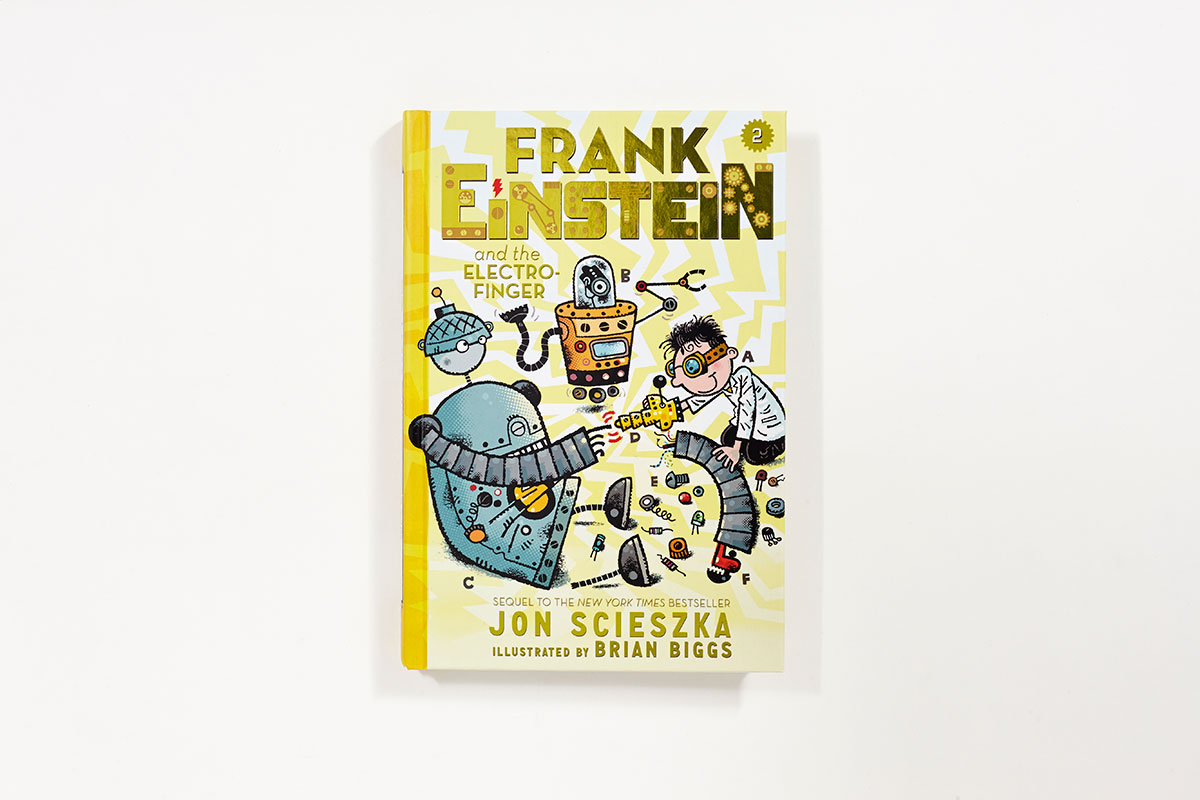 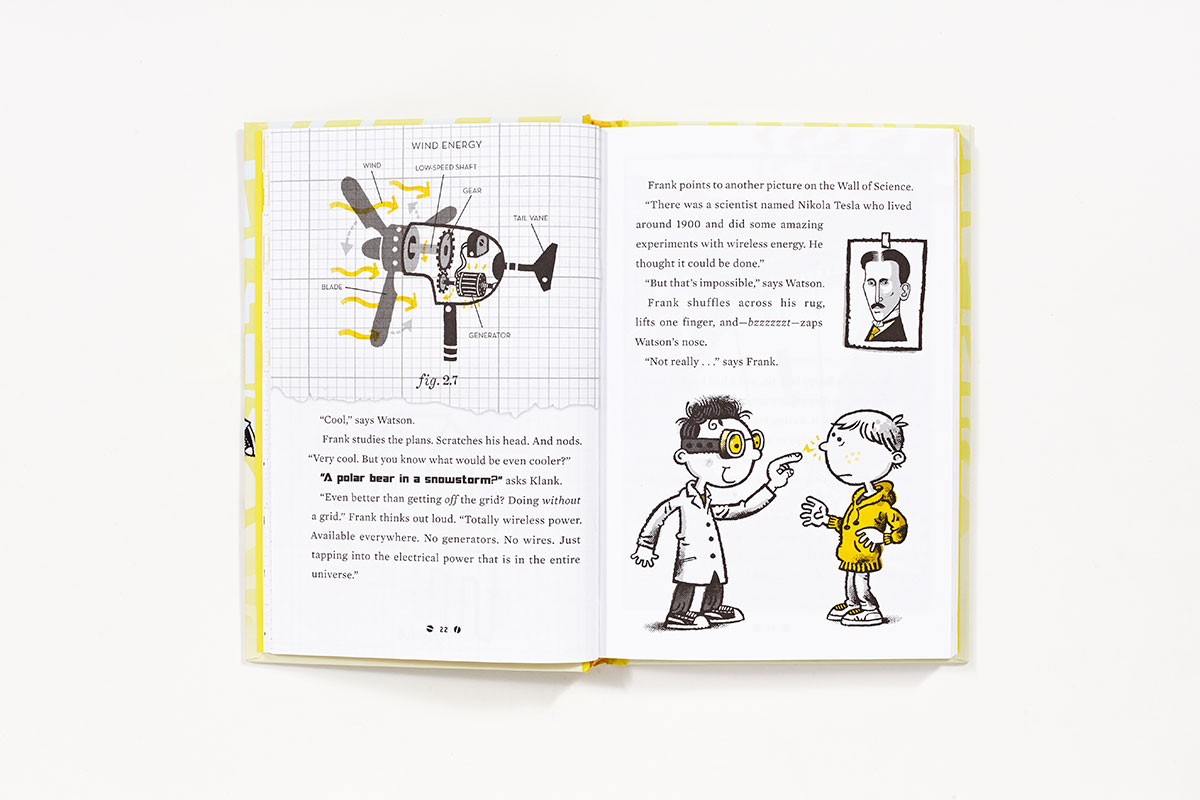 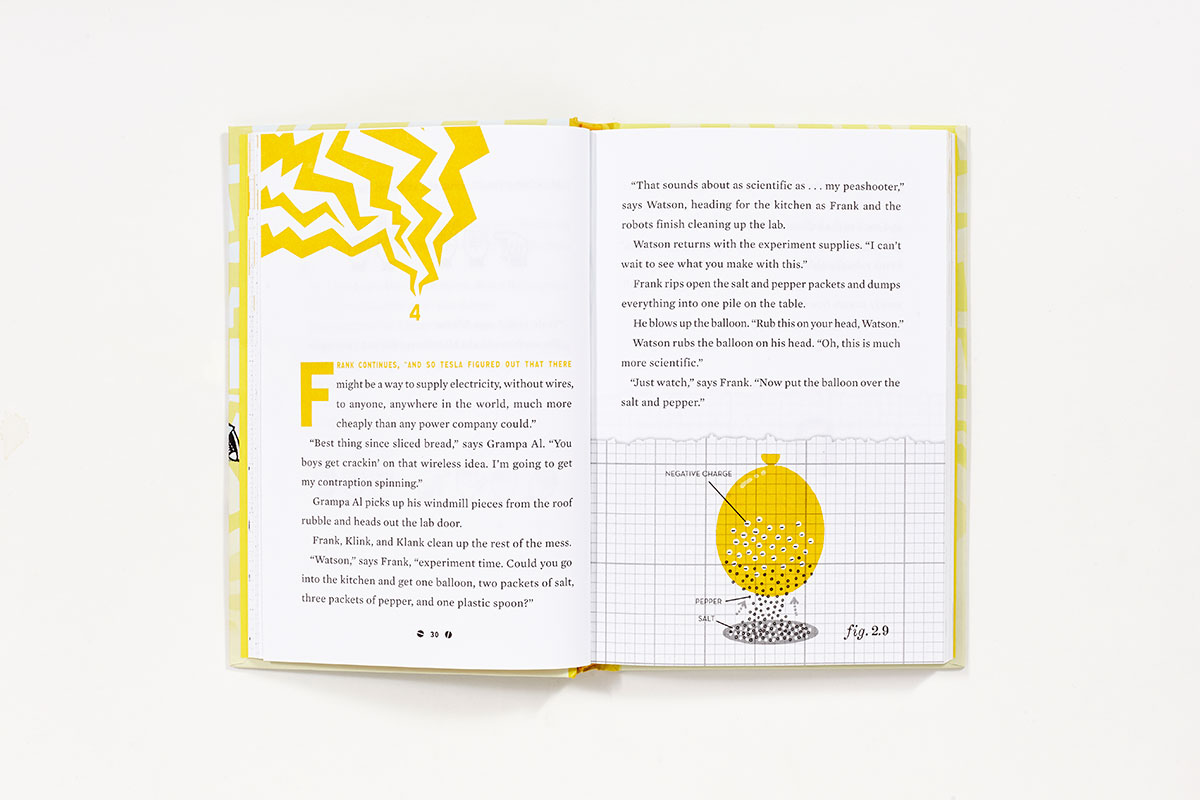 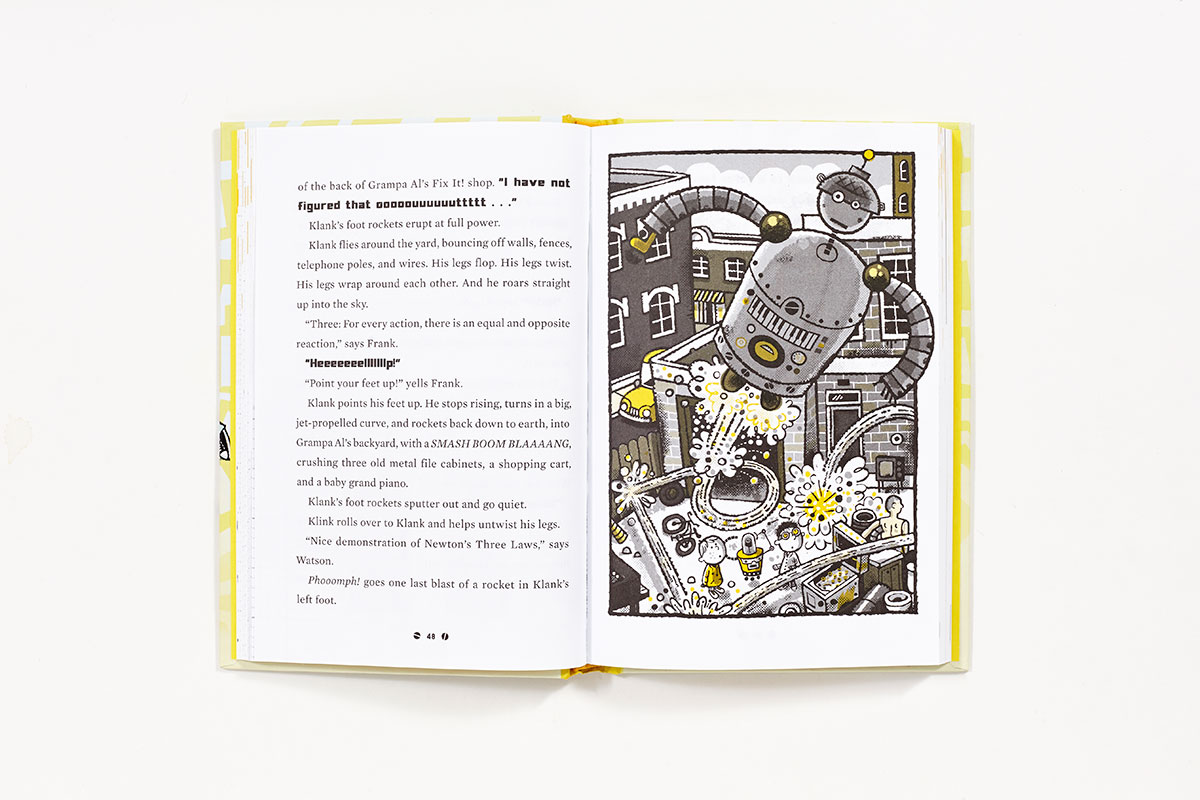 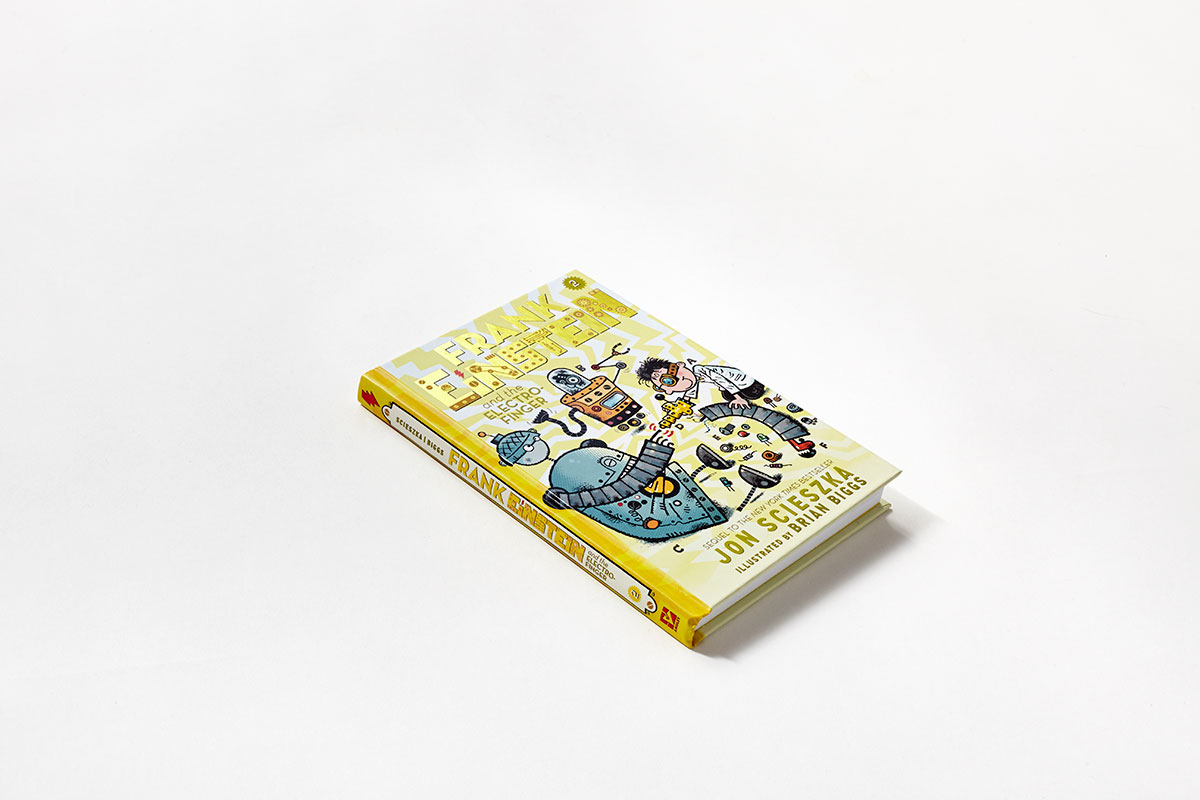 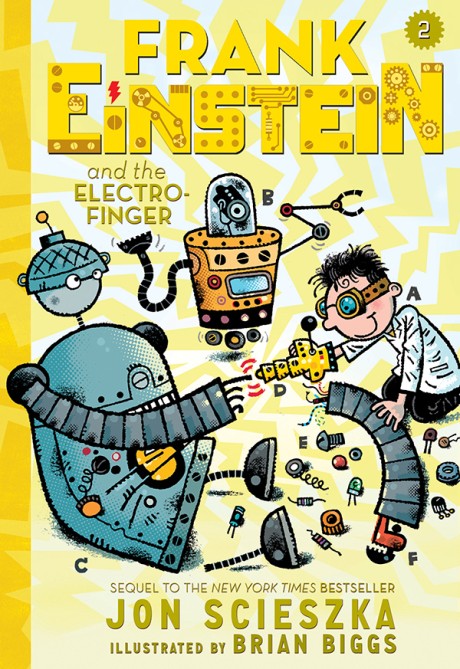 
More clever science experiments, funny jokes, and robot hijinks await readers in book two of the New York Times bestselling Frank Einstein chapter book series from the mad scientist team of Jon Scieszka and Brian Biggs. The perfect combination to engage and entertain readers, the series features real science facts with adventure and humor, making these books ideal for STEM education. This second installment examines the quest to unlock the power behind the science of "energy."

Kid-genius and inventor Frank Einstein loves figuring out how the world works by creating household contraptions that are part science, part imagination, and definitely unusual. In the series opener, an uneventful experiment in his garage-lab, a lightning storm, and a flash of electricity bring Frank’s inventions—the robots Klink and Klank—to life! Not exactly the ideal lab partners, the wisecracking Klink and the overly expressive Klank nonetheless help Frank attempt to perfect his inventions. In the second book in the series, Frank is working on a revamped version of one of Nikola Tesla’s inventions, the “Electro-Finger,” a device that can tap into energy anywhere and allow all of Midville to live off the grid, with free wireless and solar energy. But this puts Frank in direct conflict with Edison’s quest to control all the power and light in Midville, monopolize its energy resources, and get “rich rich rich.” Time is running out, and only Frank, Watson, Klink, and Klank can stop Edison and his sentient ape, Mr. Chimp!

"There's so much actual information here that the story could pass as a textbook, but science and Scieszka fans won't likely mind."
Kirkus Reviews —

Jon Scieszka has sold more than 11 million books, including The Stinky Cheese Man and Other Fairly Stupid Tales, The True Story of the 3 Little Pigs, the Time Warp Trio series, Guys Read, Spaceheadz, and most recently, Battle Bunny with Mac Barnett. Scieszka lives in Brooklyn, New York. Brian Biggs has collaborated with Garth Nix, Cynthia Rylant, and Katherine Applegate, in addition to working on his own picture books in his Everything Goes series. He lives in Philadelphia, Pennsylvania.