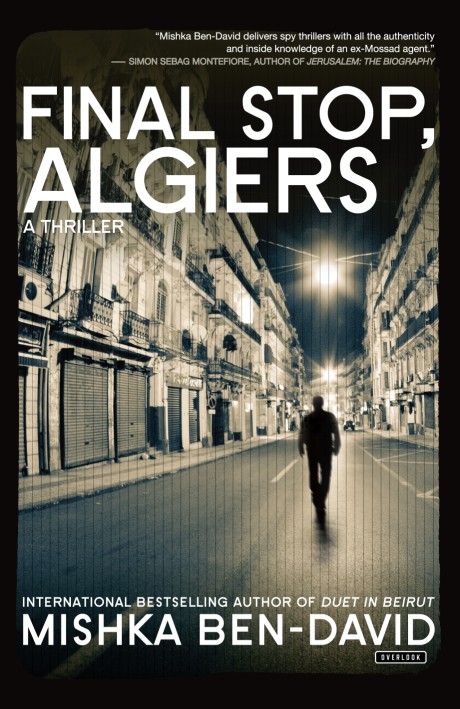 By the author of Duet in Beirut and Forbidden Love in St. Petersburg, Final Stop, Algiers is former Israeli intelligence agent Mishka Ben-David's most exhilarating novel yet.A tale of international intrigue dripping with authentic details from his life of espionage, Ben-David's novel tells the story of Mickey Simhoni, an artist who joins the Mossad when a terrorist attack strikes Tel Aviv. Slowly, he learns the art of spycraft, taking on the identity of a young Canadian man, presumed dead, whose passport was found in the sands of the Sinai desert. His cover takes him to Toronto, where he unexpectedly reconnects with an old flame—Niki. Torn by conflicting loyalties, and fixated on his double's mysterious fate, Mickey prepares for a major operation in Algiers.An "engrossing" (Library Journal) spy novel, a moving personal drama, and the story of a great love, Final Stop, Algiers is a must-read for anyone interested in the life of a spy, told by someone who's lived it.