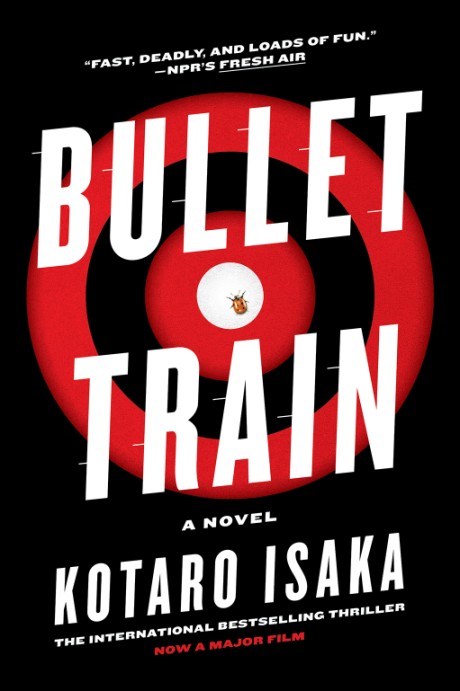 WINNER OF THE STRAND CRITICS AWARD FOR BEST DEBUT

Satoshi—The Prince—looks like an innocent schoolboy but is really a stylish and devious assassin. Risk fuels him, as does a good philosophical debate, such as questioning: Is killing really wrong? Kimura’s young son is in a coma thanks to The Prince, and Kimura has tracked him onto a bullet train heading from Tokyo to Morioka to exact his revenge. But Kimura soon discovers that they are not the only dangerous passengers on board.

Nanao, also nicknamed Ladybug, the self-proclaimed “unluckiest assassin in the world,” is put on the bullet train by his boss, a mysterious young woman called Maria, to steal a suitcase full of money and get off at the first stop. The lethal duo of Tangerine and Lemon are also traveling to Morioka, and the suitcase leads others to show their hands. Why are they all on the same train, and who will make it off alive?

A bestseller in Japan, Bullet Train is an original and propulsive thriller that fizzes with incredible energy as its complex net of double-crosses and twists unwinds up to the last station.

“Zippily translated by Sam Malissa for The Overlook Press, this is one novel that lives up to its title. Fueled by a seductively explosive premise, it's fast, deadly and loads of fun… At once outlandish and virtuoso, Bullet Train is like one of those dazzling balance beam routines that keep you hoping the gymnast will stick the landing.”

“A great end-of-summer beach read, as the action moves fast -- just like the bullet train of the title. Isaka will definitely keep you guessing to the end…”

“Isaka keeps the suspense high throughout. Fans of intricate action fiction will be enthralled.”

“Isaka has created an off-beat, fast-paced, and humorous thriller, unlike any other thriller you’ll find on the bookshelves.”

Kotaro Isaka is a bestselling and multi-award-winning writer whose books have sold millions of copies around the world. He has won the Shincho Mystery Club Award, Mystery Writers of Japan Award, Japan Booksellers’ Award and the Yamamoto Shugoro Prize.