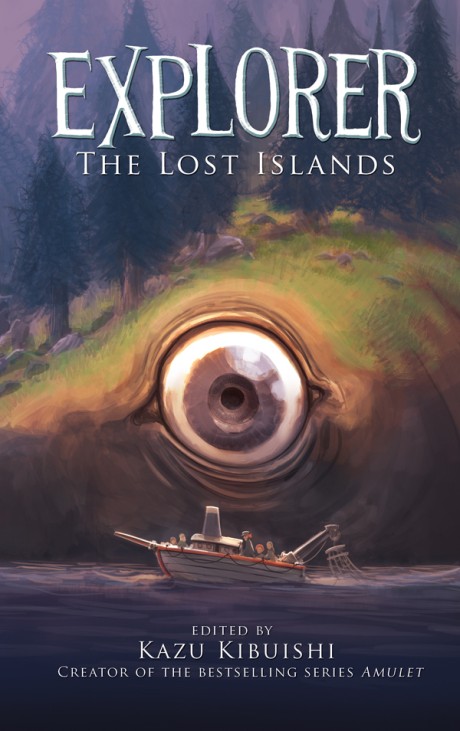 Edited by the New York Times bestselling comics creator Kazu Kibuishi, The Lost Islands offers a collection of seven all-new stories written and illustrated by an award-winning roster of comics artists, with each story centered around the theme of hidden places.

All seven author/artists tie their scary or exhilarating nautical adventures to metaphorical underpinnings. Captain Ahab–like obsession with catching the big one leads a sailor into a cave that is really a giant mouth. One young castaway meets a crab ghost. Another meets someone she never expected to see: an older version of herself. A young island girl is lured to join tiki-masked celebrants who turn out to be dead.

Beautifully drawn, each artist works in a different style, but all share humor, suspense, and a buoyant tone. Young readers will be entertained, and maybe a little scared, by this one-of-a-kind, alone-on-an-island tales of mystery and magic.