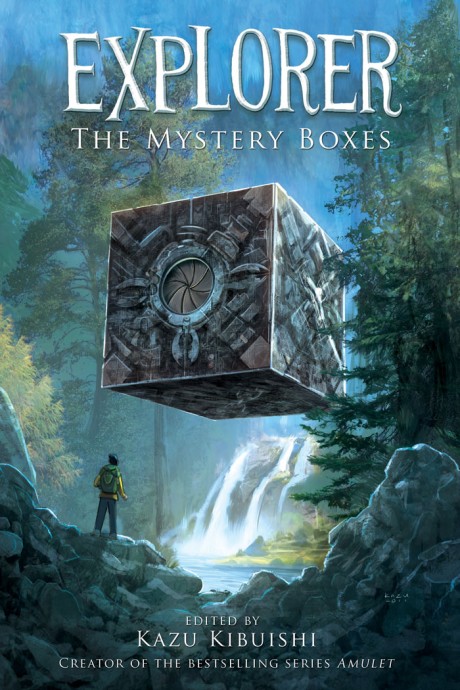 Praise for Explorer: Mystery Boxes
STARRED REVIEW
"An outstanding out-of-the box anthology from renowned comics veteran Kibuishi. With eye-popping full-color art and palettes ranging from candy-colored to ethereal earth tones, this is both a visual feast for the eyes and a healthy helping of thought for the soul. Superb.”
–Kirkus Reviews, starred review

STARRED REVIEW
"Coherent for all its variety, there will be something here for most readers."
–School Library Journal, starred review

"This standout anthology will leave its audience with a fresh appetite for more from both the series and the individual contributors."
–The Horn Book

"Award-winning comics creator and editor of the celebrated Flight anthologies, Kibuishi offers yet another great anthology geared toward middle-school readers. Always clever and never boring, these diverse stories run the gamut from creepy to sarcastic to witty to cute to Zen to wacky to thoughtful. While the pieces feature different artists and styles, each one is complete and so well composed that the transitions from one to another do not seem jarring or out of place. A great introductory title for young or struggling middleschool readers starting to explore the world of graphic novels."
–Booklist

Kazu Kibuishi is the creator of Amulet, the award-winning middle school graphic novel series, and the editor and art director of eight volumes of Flight, the influential, Eisner-nominated graphic anthology. His earlier work Daisy Kutter was named a YALSA Best Book for Young Adults. He lives in Alhambra, California.