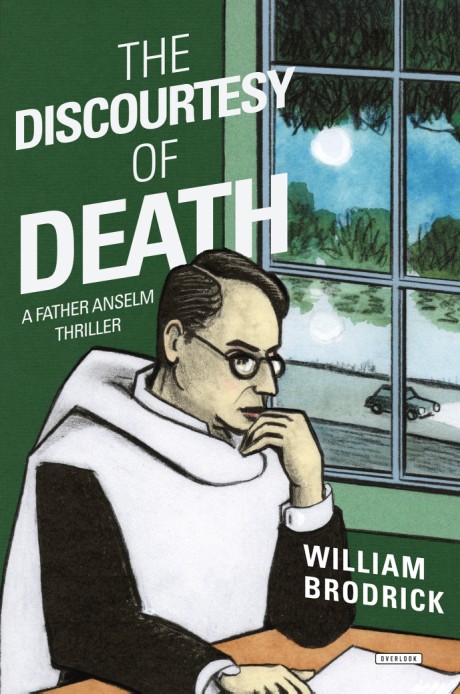 The Discourtesy of Death

An anonymous letter accuses a prominent academic, Peter Henderson, of a grotesque murder: the calculated killing of Jenny, his disabled partner, believed by everyone to have died peacefully two years ago. Time has moved on. Grief and loss were tempered by a comforting thought: Jenny was spared a long and painful illness. Knowing the truth behind the soothing lie, Father Anselm—former barrister, current clergyman—must move cautiously to expose the killer and the killing without harming young Timothy, Jenny and Peter's son. But Jenny's father is looking out for his grandson, and he is capable of anything if he thinks it's for the best. He has set out to execute Peter Henderson. Death, dying, and killing have never been so complicated.

William Brodrick was an Augustinian friar before leaving the order to become a lawyer and novelist. Winner of the Crime Writers’ Association Gold Dagger Award, he is the author of six novels featuring Father Anselm.