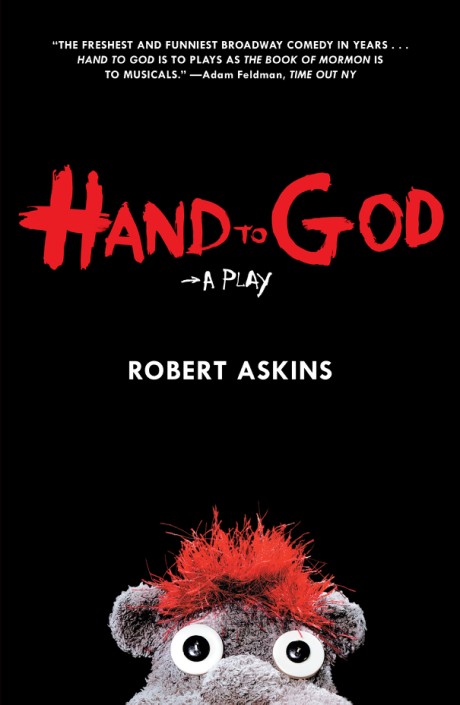 In the rec room in at a church in Cypress, Texas, Margery leads her students in a puppet pageant to strengthen their faith in the Bible and evade Satan's hand. But when the young members of the Christian Puppet Ministry put those teachings into practice, one devout young man's puppet takes on a shocking personality that no one could have expected. In this hilarious black comedy, a foul-mouthed sock puppet named Tyrone soon teaches those around him that the urges that can drive a person to give in to their darkest desires fit like a glove. In Hand to God, a "true tour de force" (New York Times), Robert Askins has written a play of "unerring perfection" (Huffington Post). The must-see hit of the 2015 Broadway season, starring Steven Boyer and Geneva Carr, garnered an Obie Award and five Tony Award nominations, including Best Play, following its sold out, critically acclaimed off-Broadway runs at MCC Theater and Ensemble Studio Theatre.