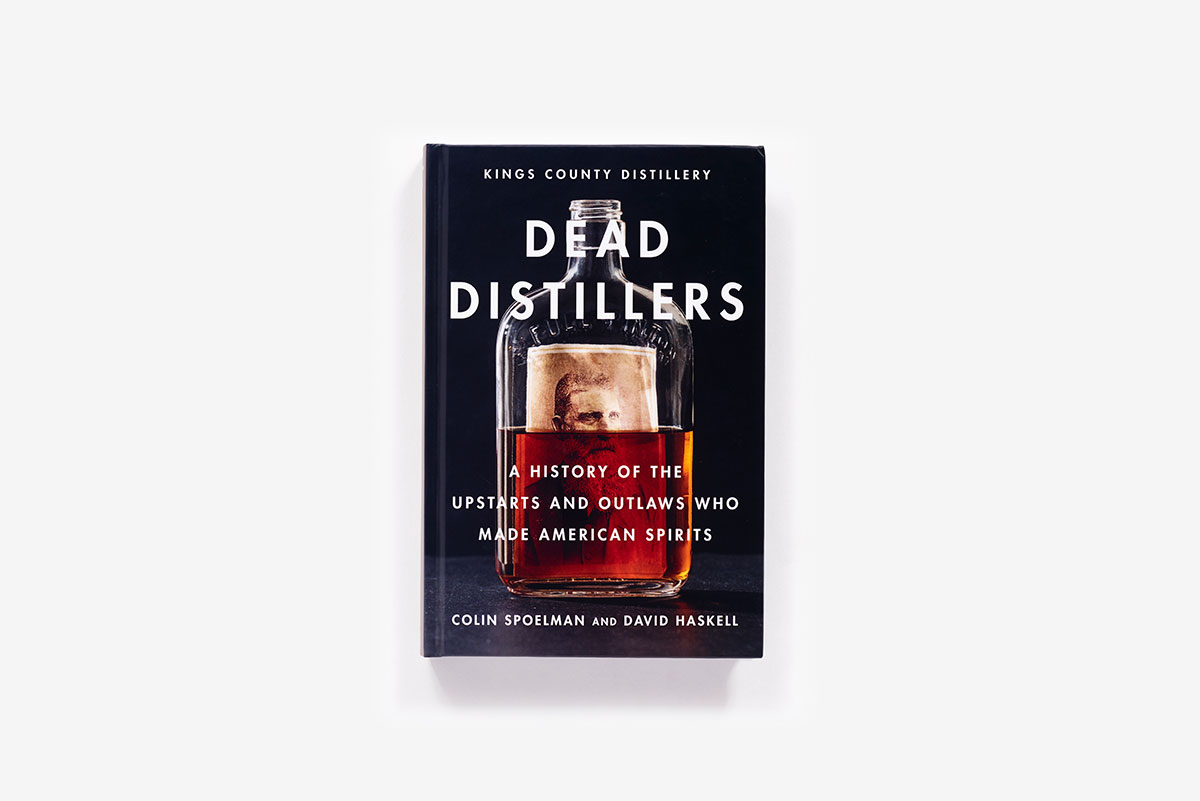 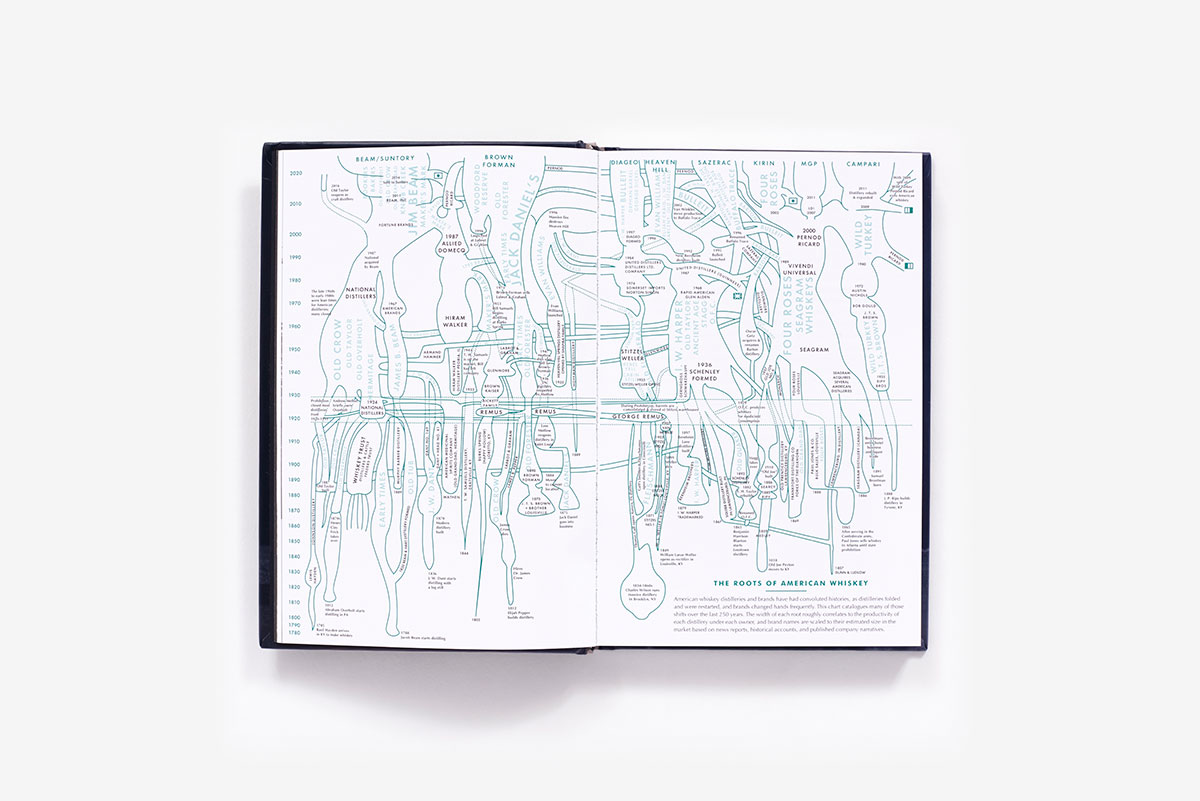 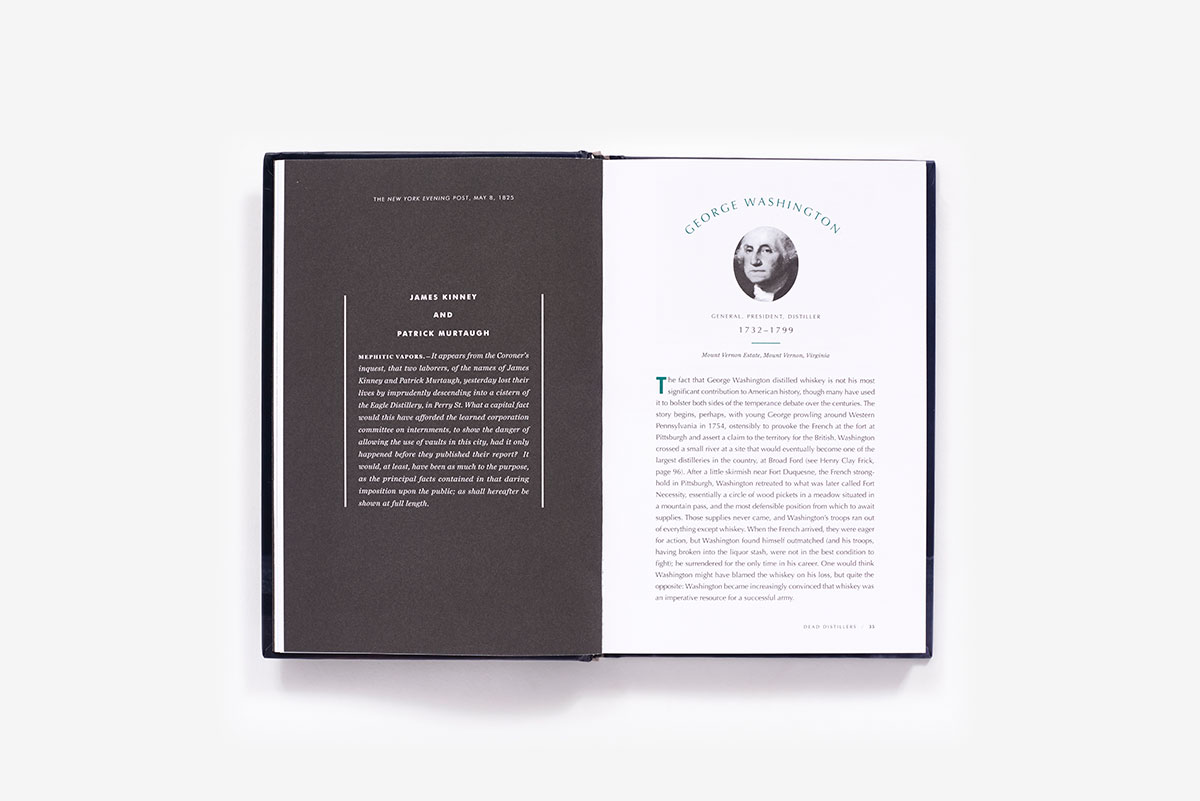 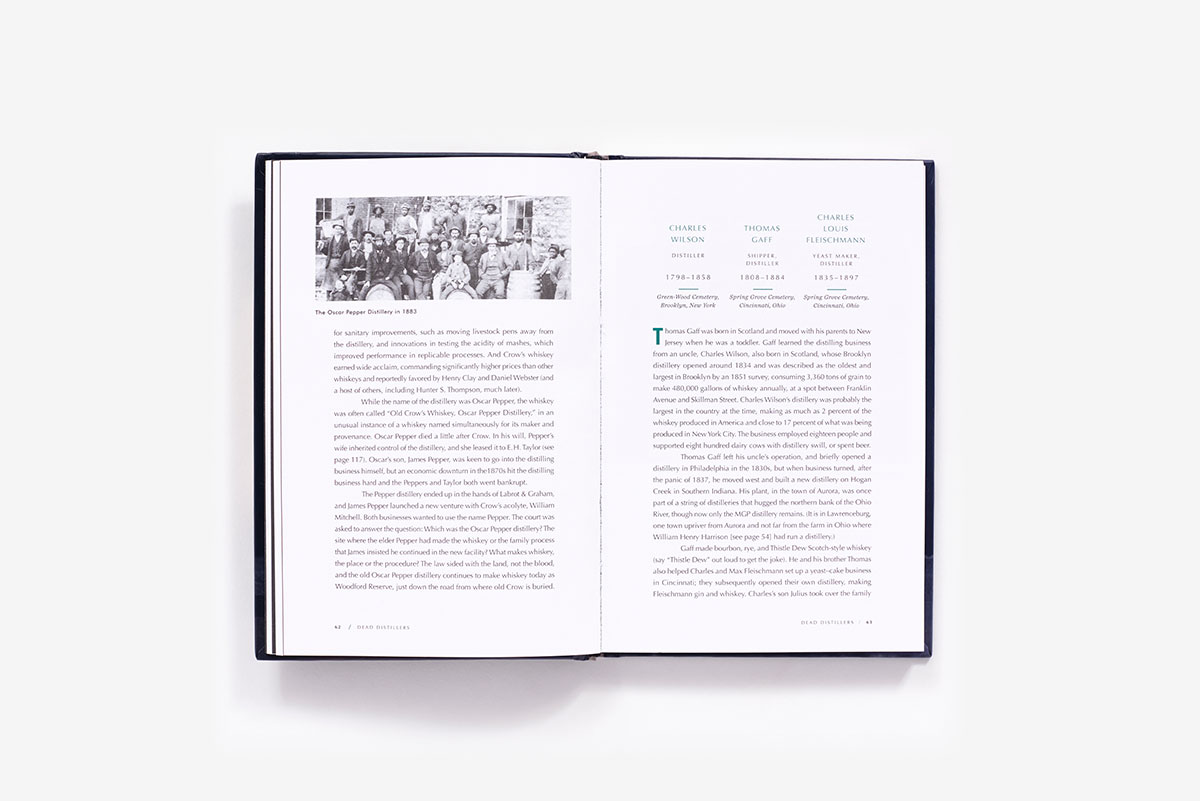 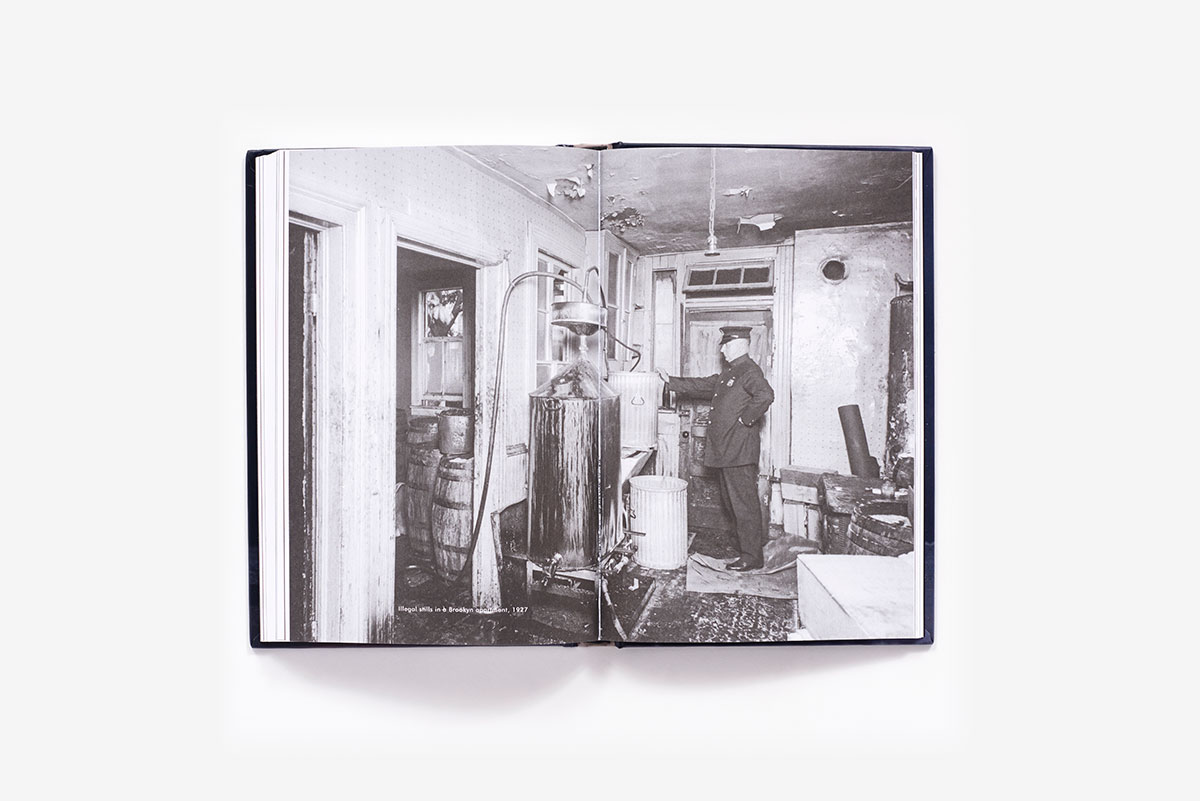 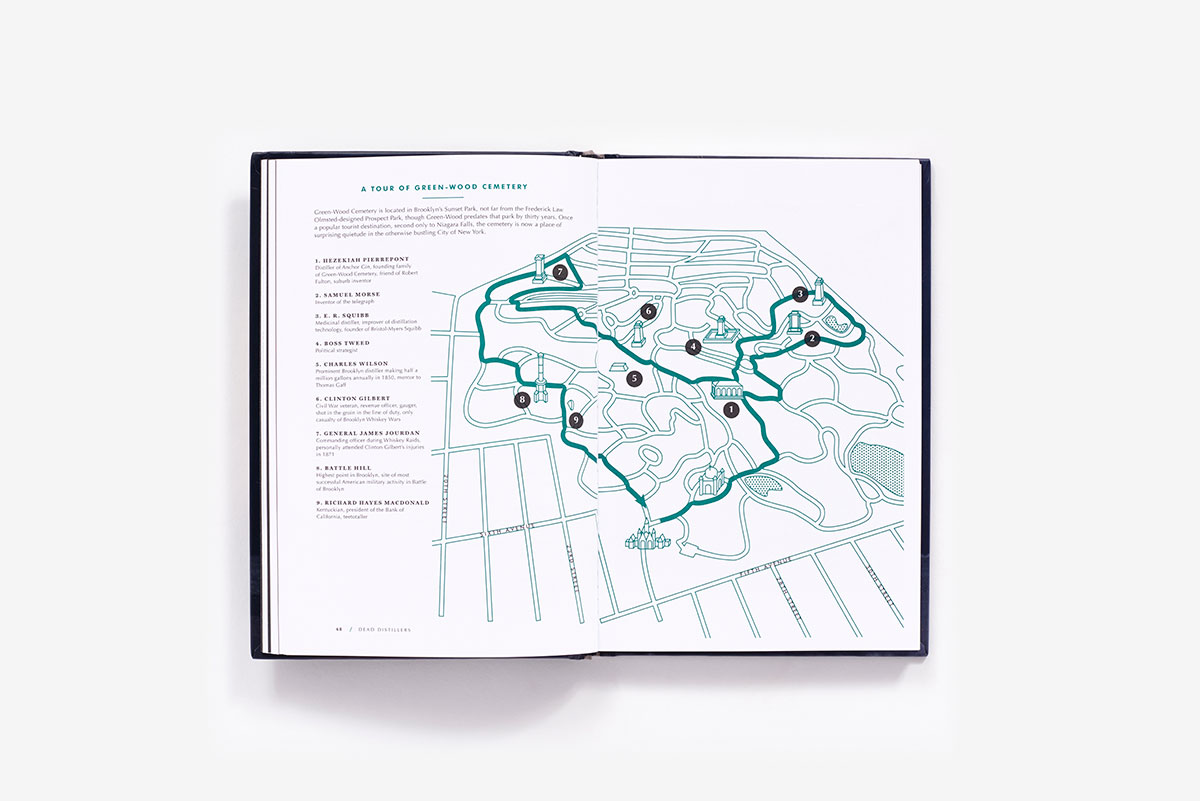 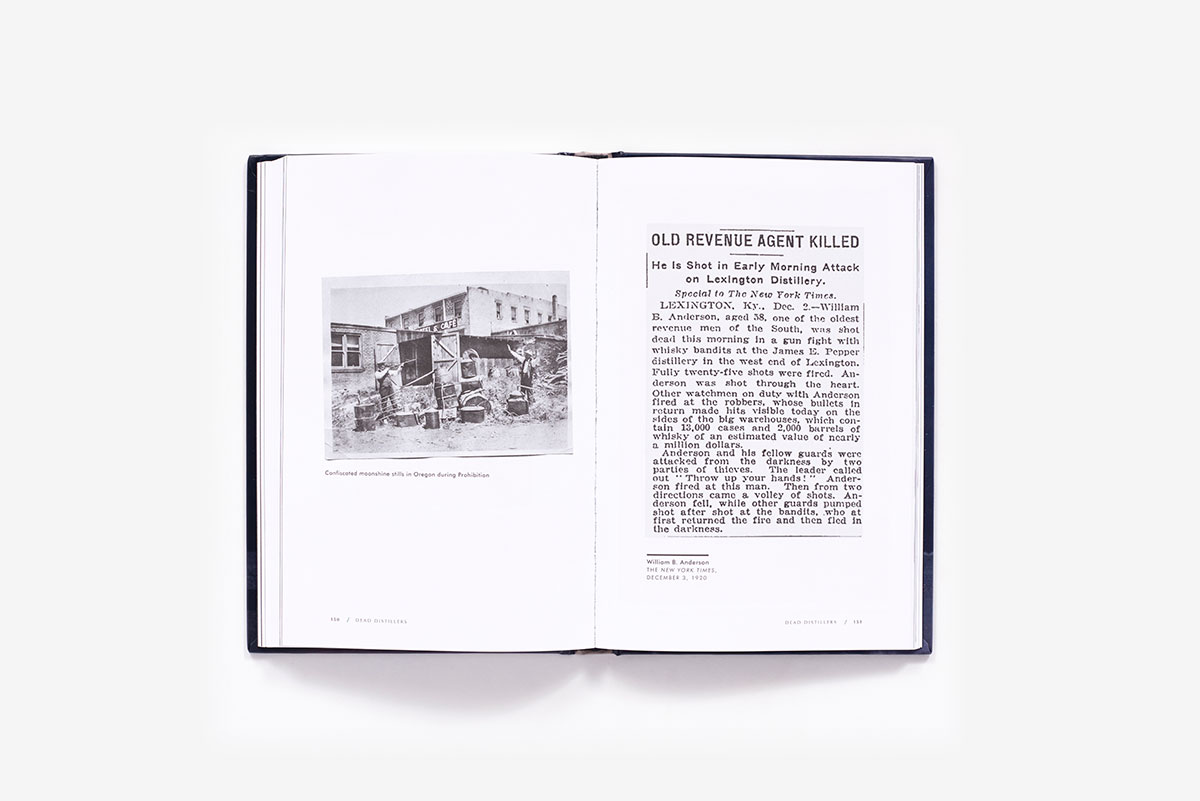 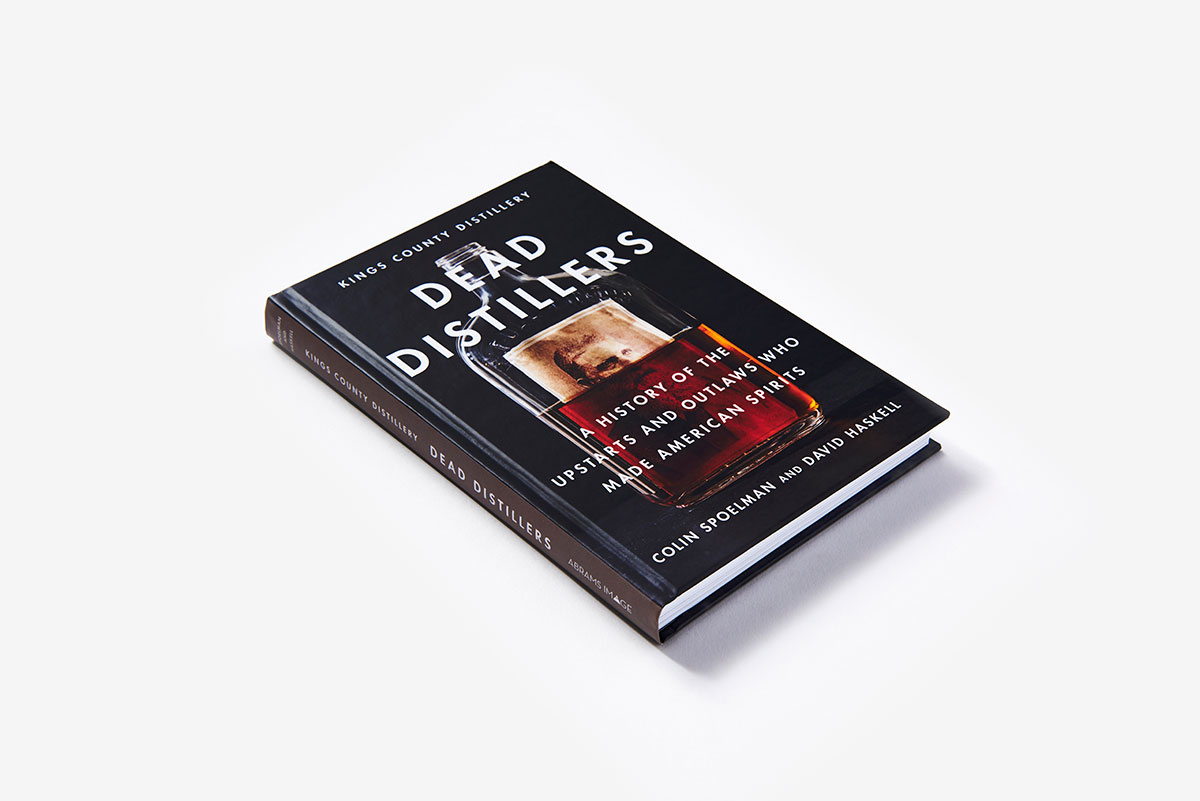 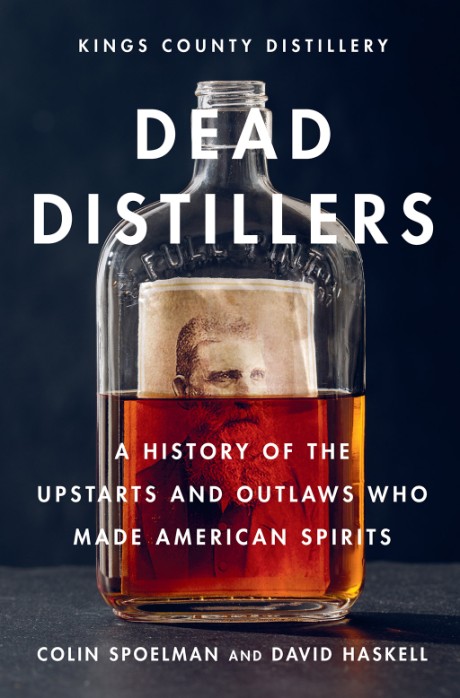 A History of the Upstarts and Outlaws Who Made American Spirits

Founders and award-winning distillers of Kings County Distillery Colin Spoelman and David Haskell follow up their successful Guide to Urban Moonshining with an extensive history of the figures who distilled American spirits.

The book presents 50 fascinating—and sometimes morbid—biographies from this historic trade’s bygone days, including farmers, scientists, oligarchs, criminals, and the occasional US president. Readers may be surprised to find the names George Washington, Henry Frick, or Andrew Mellon alongside the usual suspects long associated with booze—Jasper “Jack” Daniel, Jim Beam, and Julian “Pappy” Van Winkle. From the Whiskey Rebellion to Prohibition to the recent revival of craft spirits, the history of whiskey, moonshine, and other spirits remains an important part of Americana. Featuring historical photos, infographics, walking-tour maps, and noteworthy vintage newspaper clippings, it’s a rich visual and textual reference to a key piece of American history.

Dead Distillers is a spirited portrait of the unusual and storied origins of forgotten drunkenness.

Colin Spoelman, a former rooftop moonshiner from Kentucky, and David Haskell, the great-grandson of a prohibition-era bootlegger from New York, founded Brooklyn’s Kings County Distillery in 2010 to make small-scale batches of moonshine, bourbon, and other whiskeys. Spoelman is a full-time distiller and writer; Haskell is deputy editor at New York magazine.