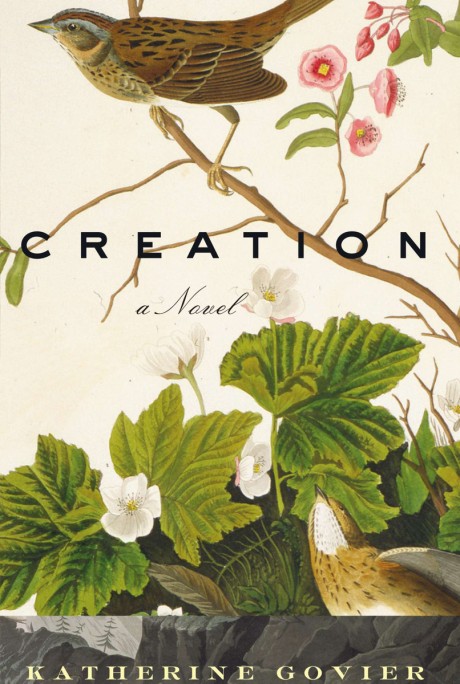 Running two steps ahead of the bailiff, alternately praised and reviled, John James Audubon set himself the audacious task of drawing, from nature, every bird in North America. The result was his masterpiece, The Birds of America. In June 1833, partway through his mission, he enlisted his son, Captain Bayfield of the Royal Navy, and a party of young gentlemen to set sail for nesting grounds no ornithologist had ever seen, in the treacherous passage between Newfoundland and Labrador. Creation explores the short, stormy summer throughout which the captain became the artist's foil, measuring stick, and the recipient of his long-held secrets. It is an exploration of that fateful expedition, a probing and imaginative narrative that fills in a gap in the visionary naturalist's well-documented life.

Katherine Govier is an acclaimed novelist, short-story writer, and journalist, who was born and raised in Alberta, Canada. She has received many honors, among them the Marian Engel Award and the City of Toronto Book Award for her novel Hearts of Flame.