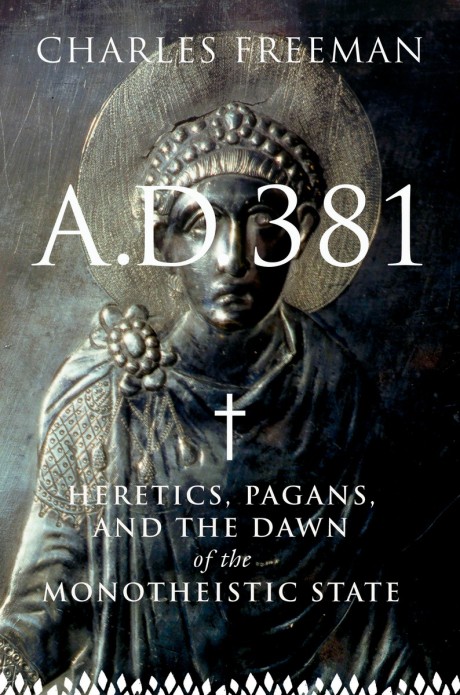 In A.D. 381, Theodosius, emperor of the eastern Roman empire, issued a decree in which all his subjects were required to subscribe to a belief in the Trinity of the Father, Son and Holy Spirit. This edict defined Christian orthodoxy and brought to an end a lively and wide-ranging debate about the nature of God; all other interpretations were now declared heretical. It was the first time in a thousand years of Greco-Roman civilization free thought was unambiguously suppressed. Why has Theodosius's revolution been airbrushed from the historical record? In this groundbreaking book, acclaimed historian Charles Freeman argues that Theodosius's edict and the subsequent suppression of paganism not only brought an end to the diversity of religious and philosophical beliefs throughout the empire, but created numerous theological problems for the Church, which have remained unsolved. The year A.D. 381, as Freeman puts it, was "a turning point which time forgot."

In more than thirty years, Charles Freeman's travels have taken him to most of the sites mentioned in The Greek Achievement, from Aphrodisias to Olympia, from Troy to Delphi. He has dug on all three continents surrounding the Mediterranean and served as academic director on summer schools on Renaissance Italy. His books include EGYPT, GREECE AND ROME; CIVILIZATIONS OF THE ANCIENT MEDITERRANEAN; and LEGACIES OF THE ANCIENT EGYPTIANS.