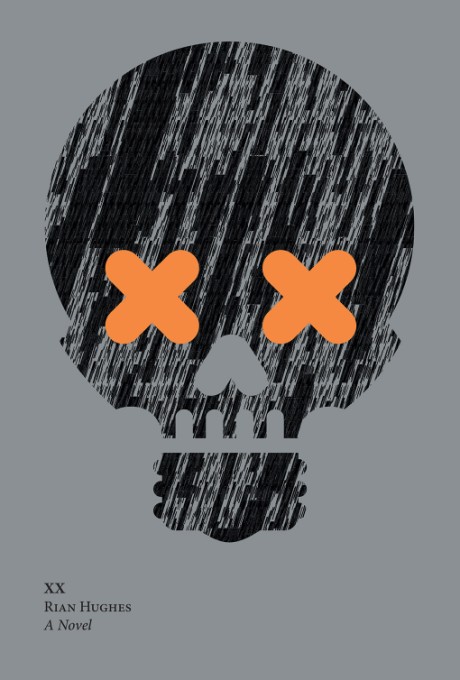 The battle for your mind has already begun.

At Jodrell Bank Observatory in England, a radio telescope has detected a mysterious signal of extraterrestrial origin—a message that may be the first communication from an interstellar civilization. Has Humanity made first contact? Is the signal itself a form of alien life? Could it be a threat? If so, how will the people of Earth respond?

Jack Fenwick, artificial intelligence expert, believes that he and his associates at tech start-up Intelligencia can interpret the message and find a way to step into the realm the signal encodes. What they find is a complex alien network beyond anything mankind has imagined.

Drawing on Dada, punk, and the modernist movements of the 20th century, XX is assembled from redacted NASA reports, artwork, magazine articles, secret transcripts, and a novel within a novel. Deconstructing layout and language in order to explore how ideas propagate, acclaimed designer and artist Rian Hughes's debut novel presents a compelling vision of humanity's unique place in the universe, and a realistic depiction of what might happen in the wake of the biggest scientific discovery in human history.

“How can UK graphic design, illustrator, comics artist, author of a stack popular culture books, and now novelist, do it all?...to have conceived, written, and designed a sci-fi extravaganza on the intricacies of AI where complex, nuanced typography is essential to the narrative structure and, in effect, has redefined the structure of the graphic and illustrated novel, is short of miraculous.”

“XX ... delights in exploring design's potential to amplify meaning. ... That does not mean XX is a triumph of appearance over content ... like the best pulp tales, it keeps you turning the pages, engages with big ideas and delivers an authentic jolt of awe as it takes its galaxy-spanning conceit to the limit, and then some."
Financial Times, Neville Hawcock —

“Vastly ambitious, XX is the most astonishing blend of narrative, meta-narrative and visuals. Real ‘wow’ moments and big ideas combine with brilliant typographical flourishes to create the Moby Dick of sci-fi.”
The Daily Mail —

“Compulsively readable. Its ideas are grand, and it moves like a thriller. Come for the lush design, stay for the Clarkeian ideas and sly sense of humour.”
SFX —

"An alien invasion story like no other [that] raises the bar for science-fiction."
The Big Issue —

“To have conceived, written, and designed a sci-fi extravaganza on the intricacies of AI where complex, nuanced typography is essential to the narrative structure, and in effect redefined the structure of the graphic and illustrated novel is nothing short of miraculous.”
Design Observer —

"Every single page has been meticulously crafted, appearing exactly as the author intends. Not a single piece of punctuation is without point or purpose."
Sci-Fi Now —

"A monumental, wildly creative new novel that pushes the boundaries of storytelling."
Foyles —

“… it’s a beautifully designed piece of art with a compelling, at times hilarious, story behind it.”
The Hollywood Reporter —

“The combination of hard sf elements and Hughes’s background as a cartoonist create a vivid, expansive reading experience. This will especially interest readers who are excited by hybrid novels that blend traditional and illustrative formats.”

“XX is a page turner that transcends the typical alien story, becoming an engaging treatise on the nature and development of written language and its indelible impact on human culture.”
The Boston Globe —