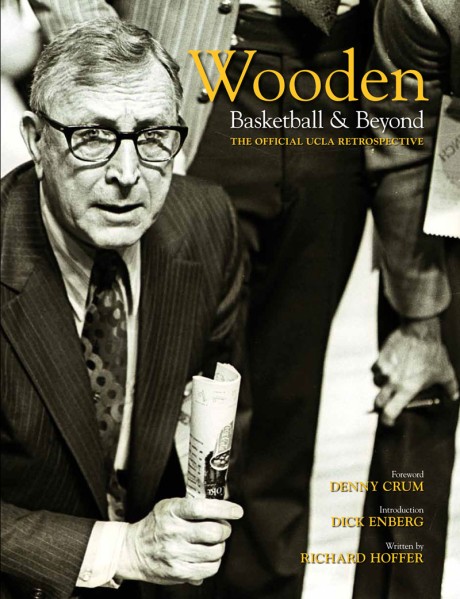 Beloved, respected, and admired for his work on and off the basketball court, coach John Wooden remains a source of fascination and inspiration even after his passing in 2010 at age 99. Wooden led the UCLA Bruins to 10 NCAA championships in 12 years—a record that will likely never be equaled—but his teachings and his impact reached far beyond basketball.
As a legacy to the man who meant so much to so many, UCLA commissioned this incomparable tribute, with over 300 exclusive images from the university’s archives, photographs of Wooden’s belongings (donated to the university by his family), and contributions from Wooden’s players and protégés. This singular retrospective begins in 1948 when Wooden arrived on the UCLA campus and spans the championship era and Coach’s golden years as it chronicles his remarkable life and times.

Praise for Wooden: Basketball & Beyond:
“Many have called Coach Wooden the gold standard of coaches. I believe he was the gold standard of people and carried himself with uncommon grace, dignity, and humility. This book is a fitting tribute.” --Mike Krzyzewski, Duke University basketball coach

“John Wooden was an American treasure. A teacher, a philosopher, a leader—his principles are as timeless as the man himself. This one‐of‐a‐kind keepsake honors his legacy.” —Jim Nantz, CBS Sports

Dick Enberg is a highly respected sportscaster. His career spans five decades and every major sport. Enberg gained notoriety as the play-by-play voice of UCLA men’s basketball from 1966 to 1977. Denny Crum played for Wooden in the 1950s then joined the UCLA coaching staff, serving at Wooden’s side for three NCAA championships. In 1971, Crum became coach at Louisville, winning two NCAA championships there.