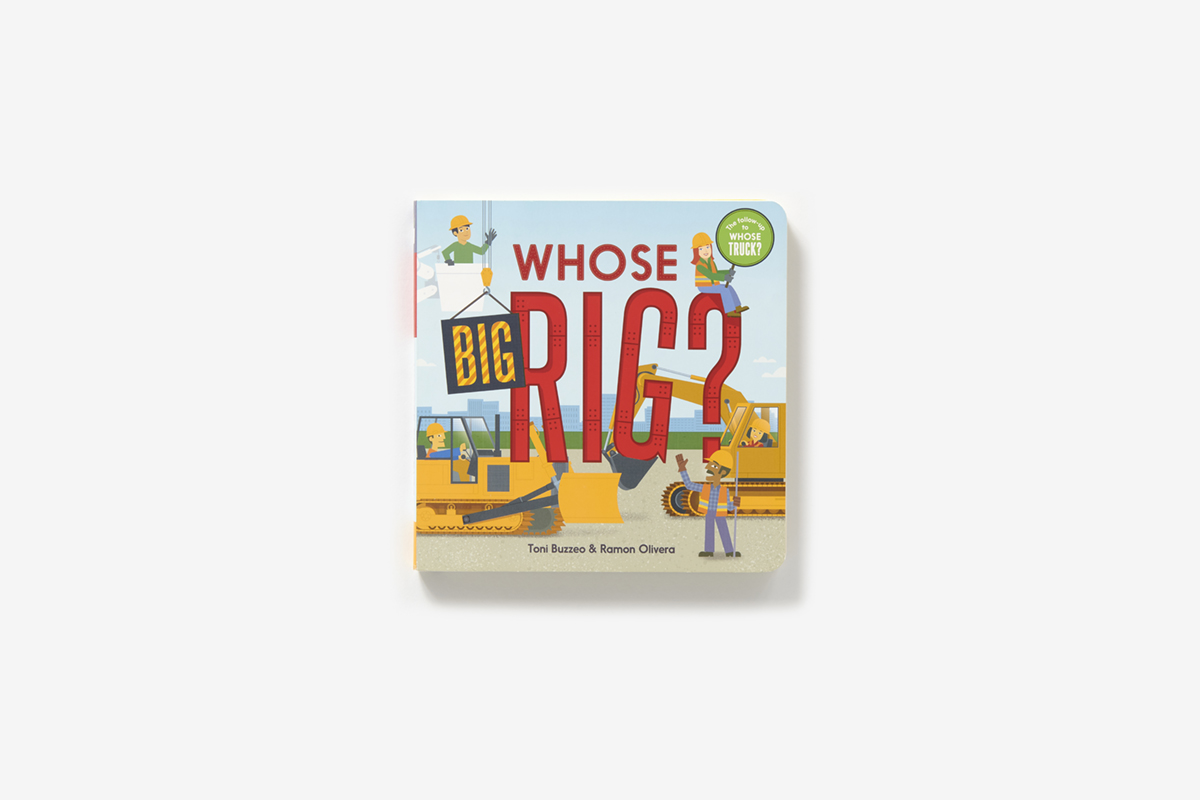 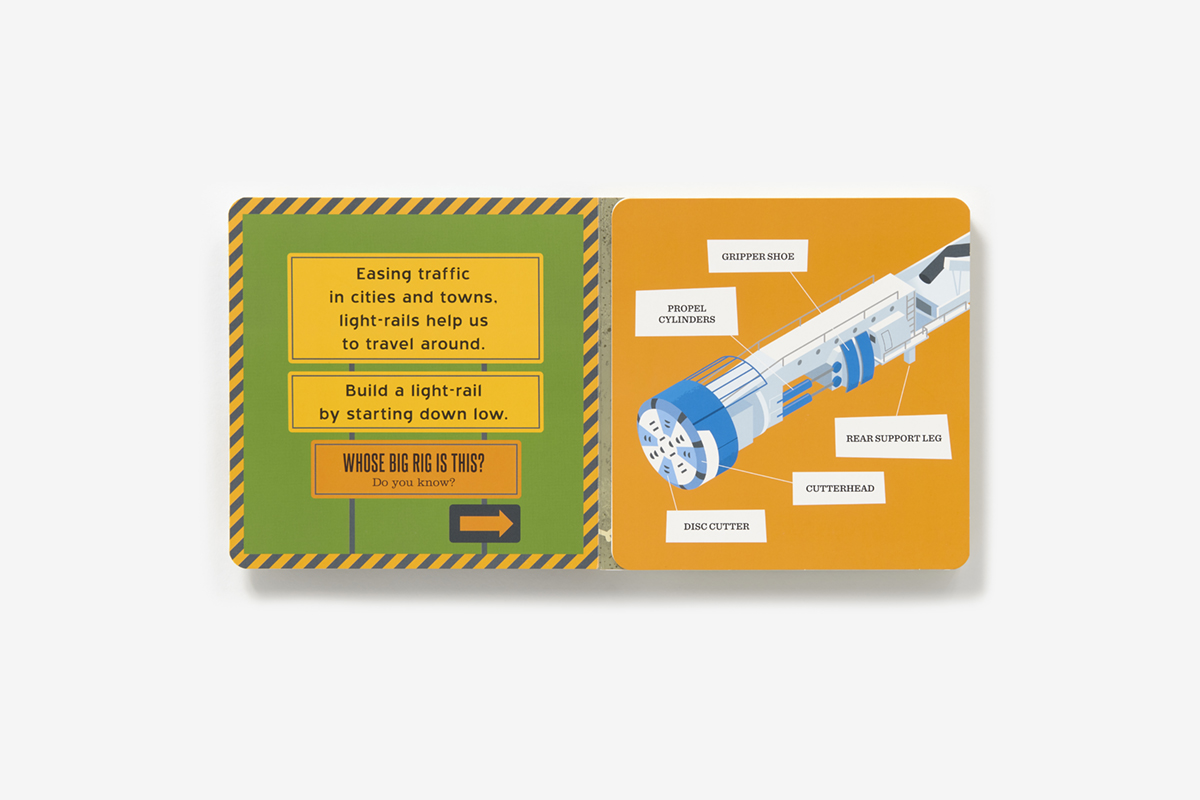 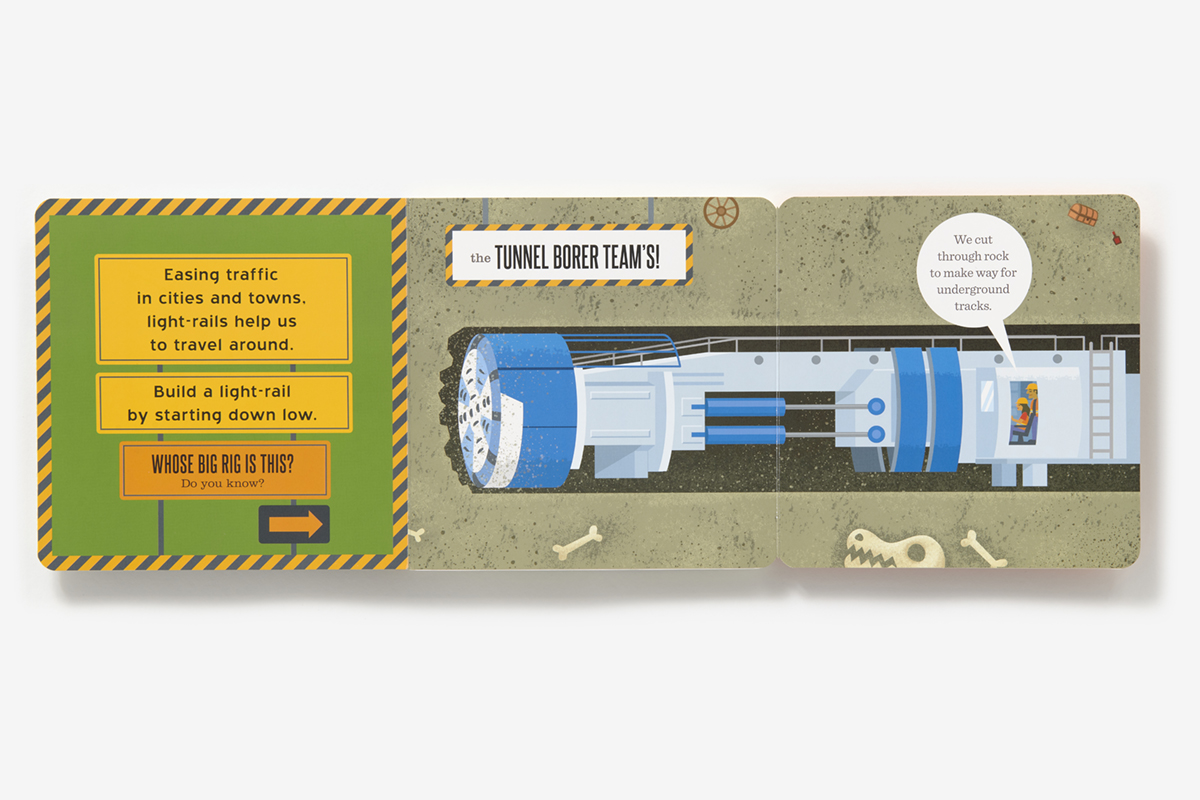 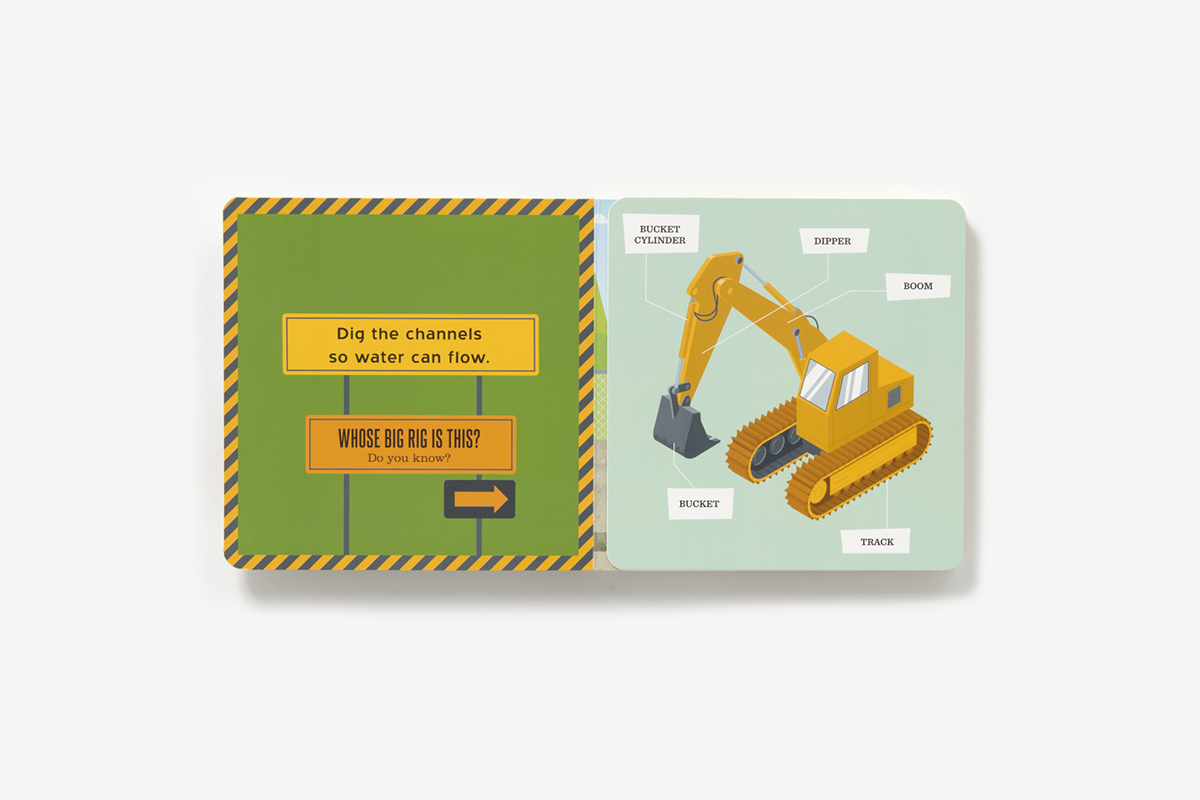 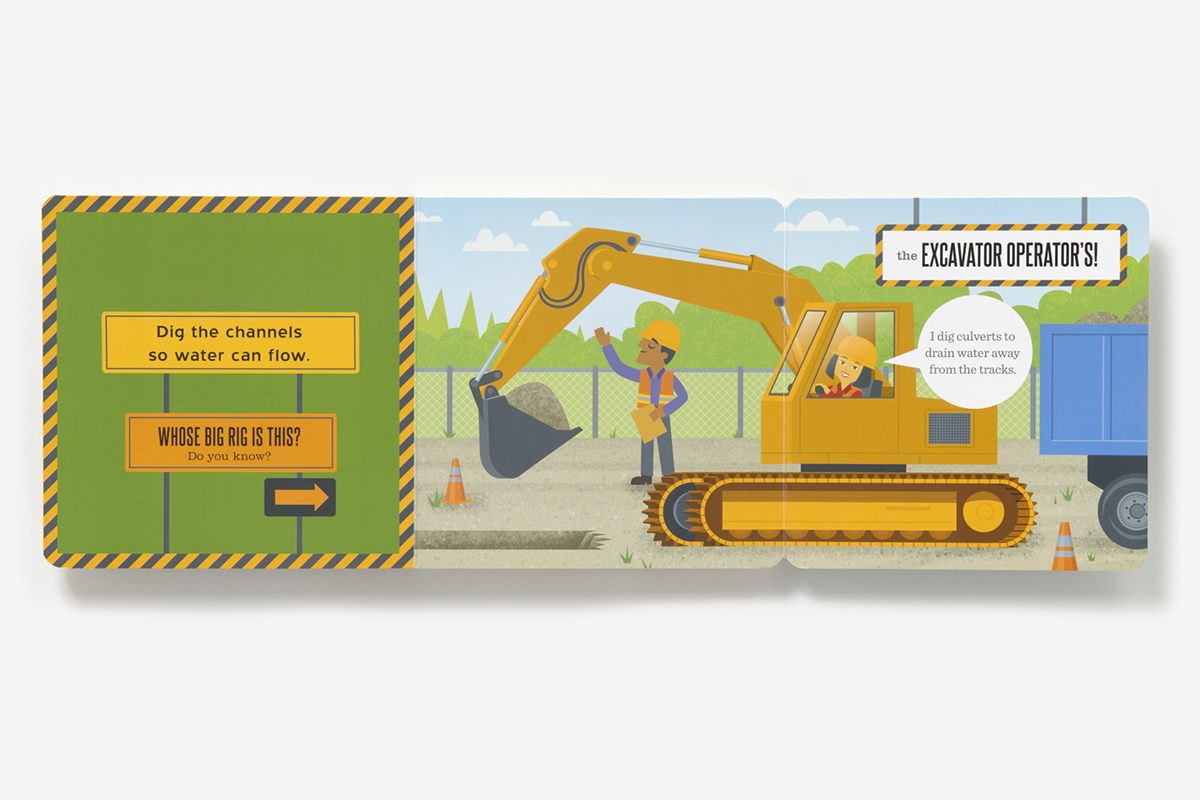 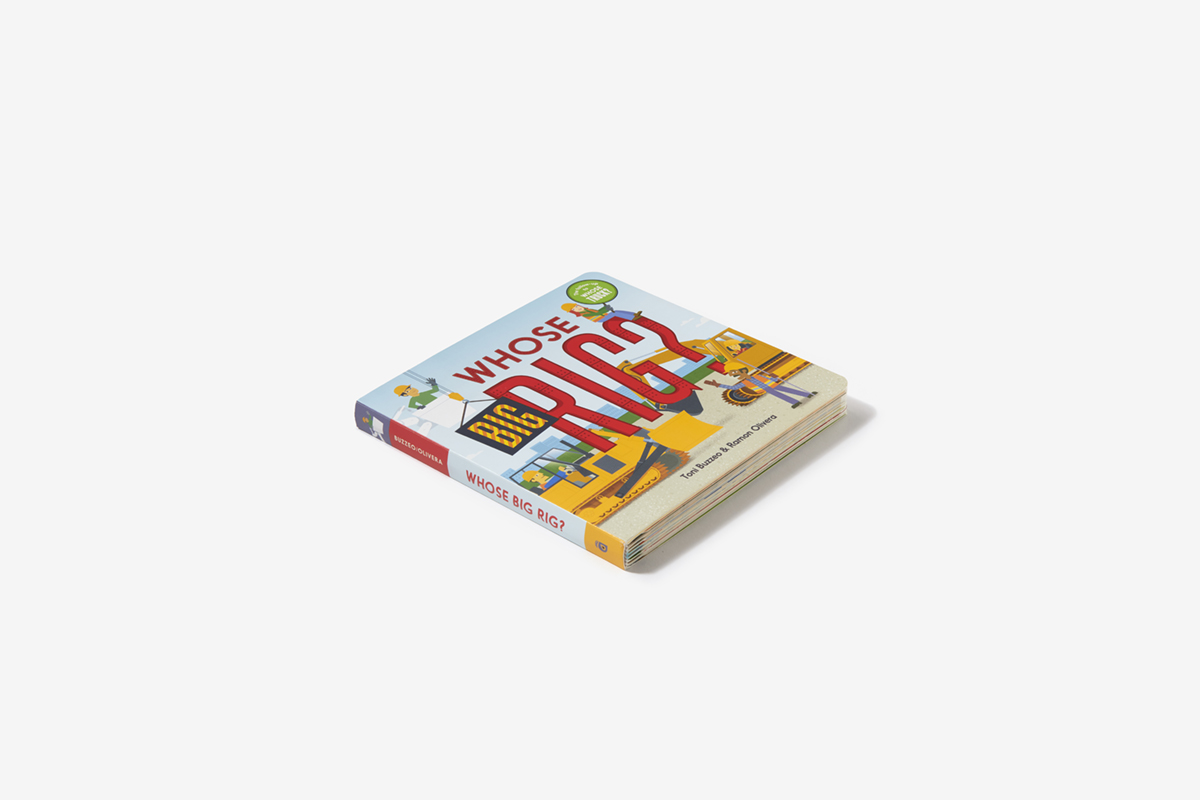 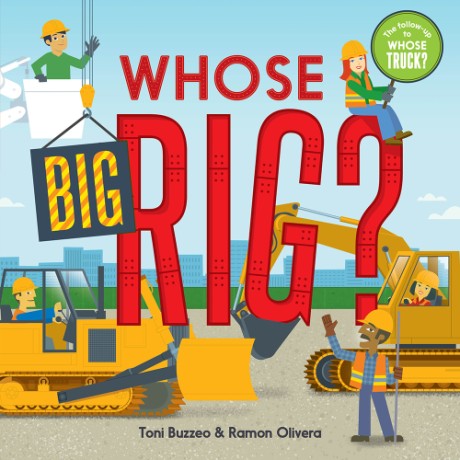 Whose Big Rig? (A Guess-the-Job Book)

This nonfiction follow-up to Whose Truck? features six kinds of specialized rigs used to construct a light-rail system—a tunnel borer, an excavator, a bulldozer, a tie dragon, a tamping machine, and a bucket truck—with five different parts of each rig properly labeled. The answer to each inquiring refrain of “Whose rig is this?” is revealed under a gatefold, engaging the reader in an informative guessing game about construction machines and their operators. With lyrical (and factual!) rhyming text by New York Times bestselling author Toni Buzzeo, and the expertly stylized art of Ramon Olivera, this sturdily constructed board book is perfect for curious and playful young readers.

Toni Buzzeo's first three books in the Guess-the-Job series (Whose Truck?, Whose Tools?, and Whose Boat?) have sold more than 100,000 copies. She is also the author of the 2013 Caldecott Honor Book and New York Times bestseller One Cool Friend, as well as 25 other books for children. Endlessly enthusiastic, Buzzeo draws on her career experiences as an elementary school librarian in crafting her books and speaking with audiences of children in schools and libraries. She lives in Arlington, Massachusetts, in a two-family home where her grandchildren live one flight up. Ramon Olivera is the illustrator of several books for young readers, including ABCs on Wheels, which was praised in a starred review in Publishers Weekly: “Clean, crisp digital graphics . . . This one deserves a victory lap.” His work has been exhibited in the New York Society of Illustrators and the Negro Leagues Baseball Museum. Ramon lives in Kansas City, Missouri, with his wife and two kids. Visit him online at ramonolivera.com.