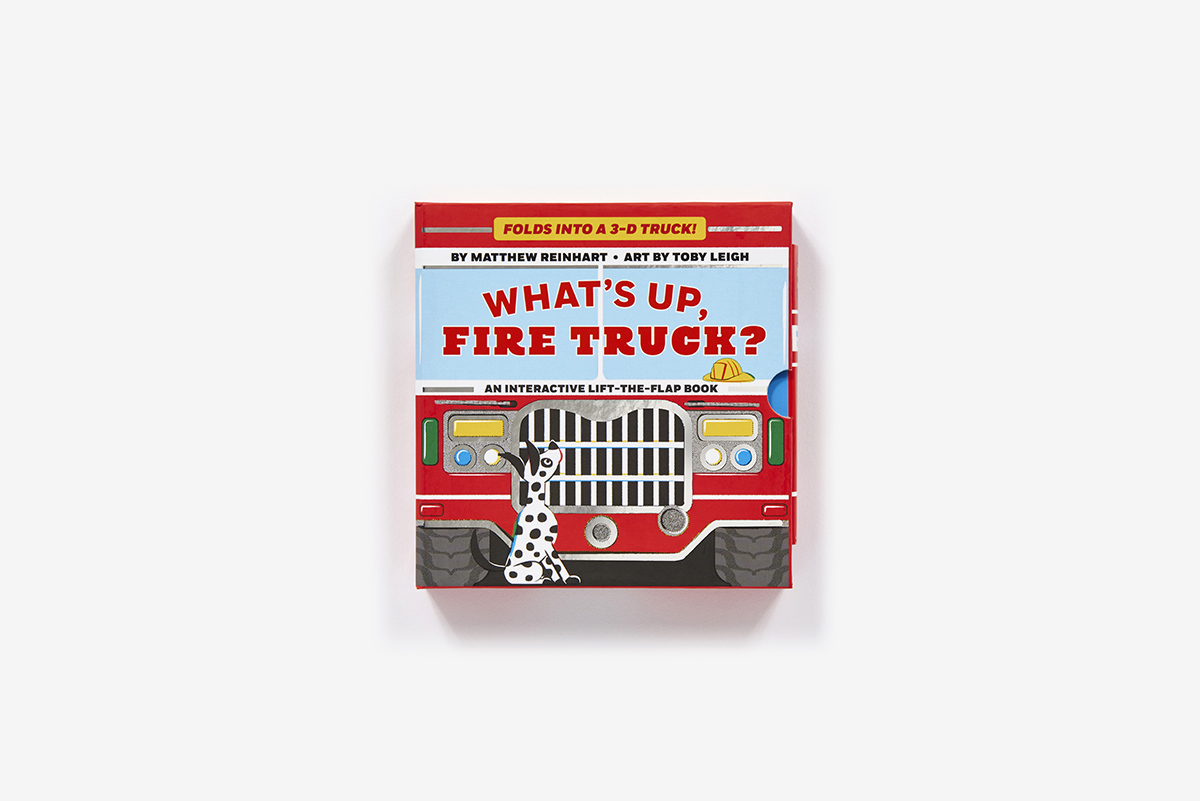 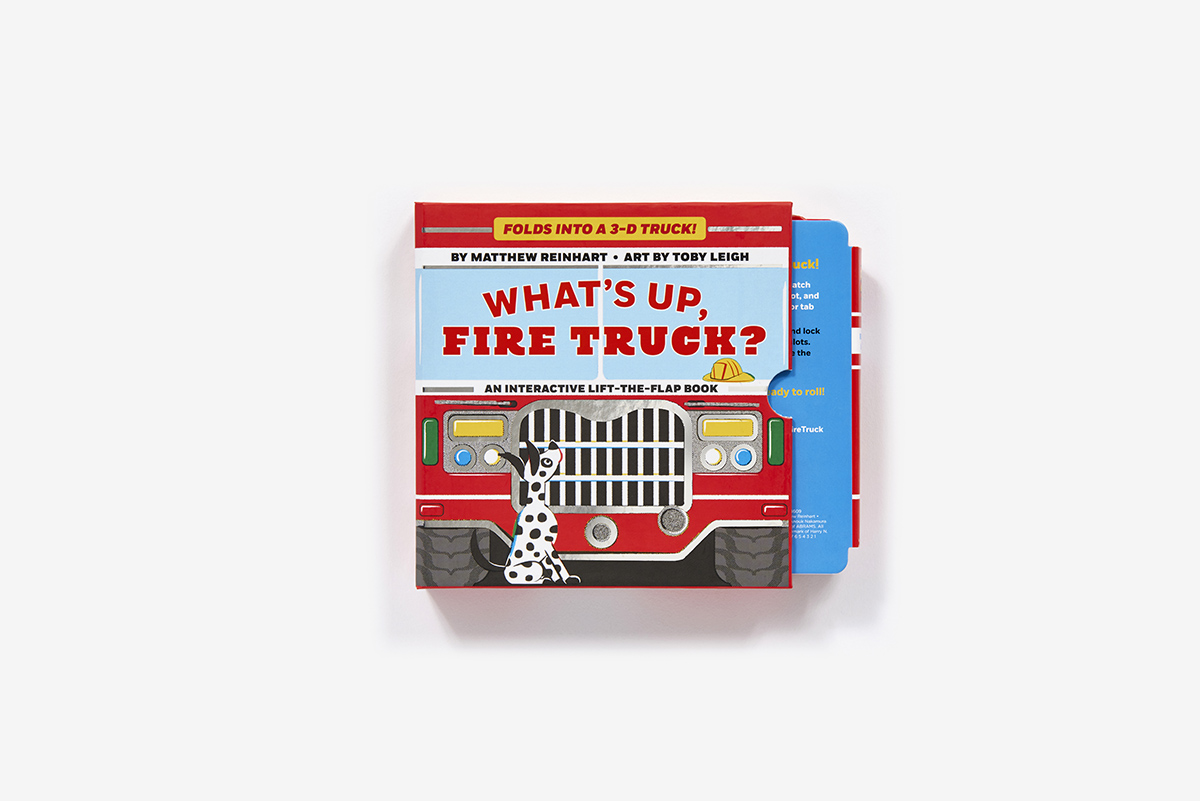 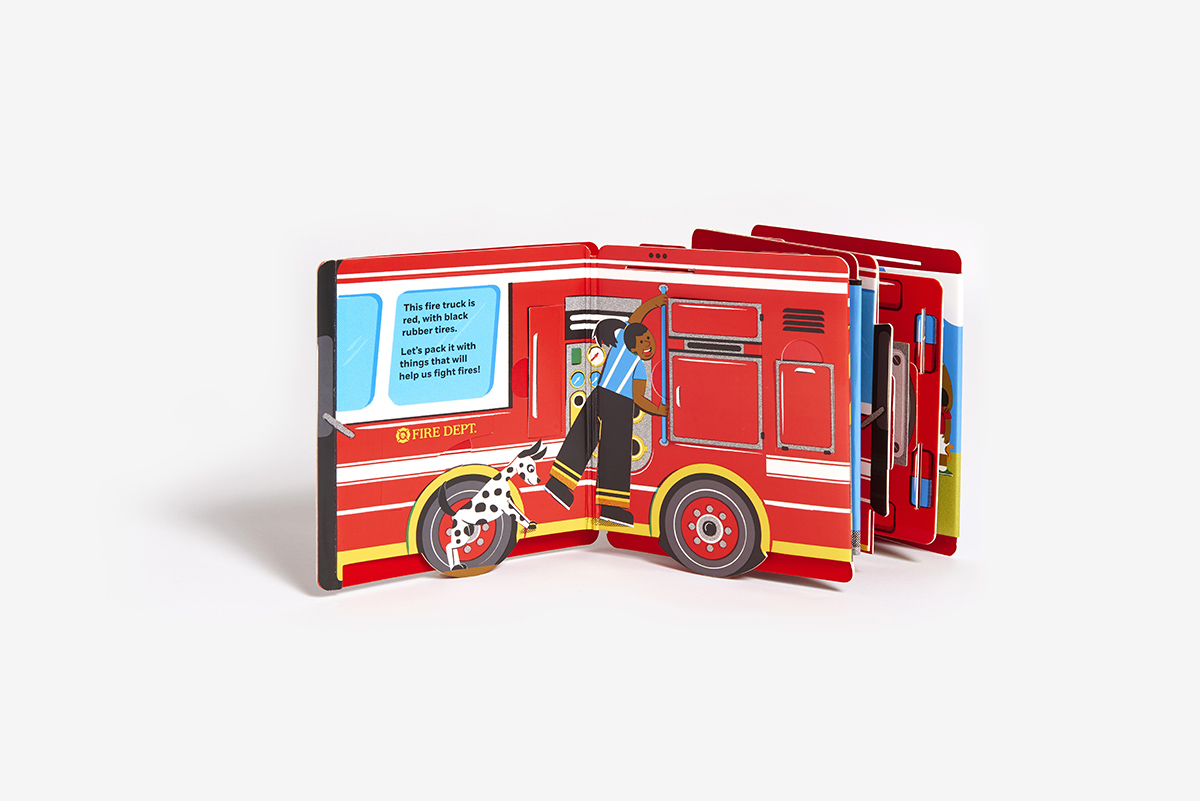 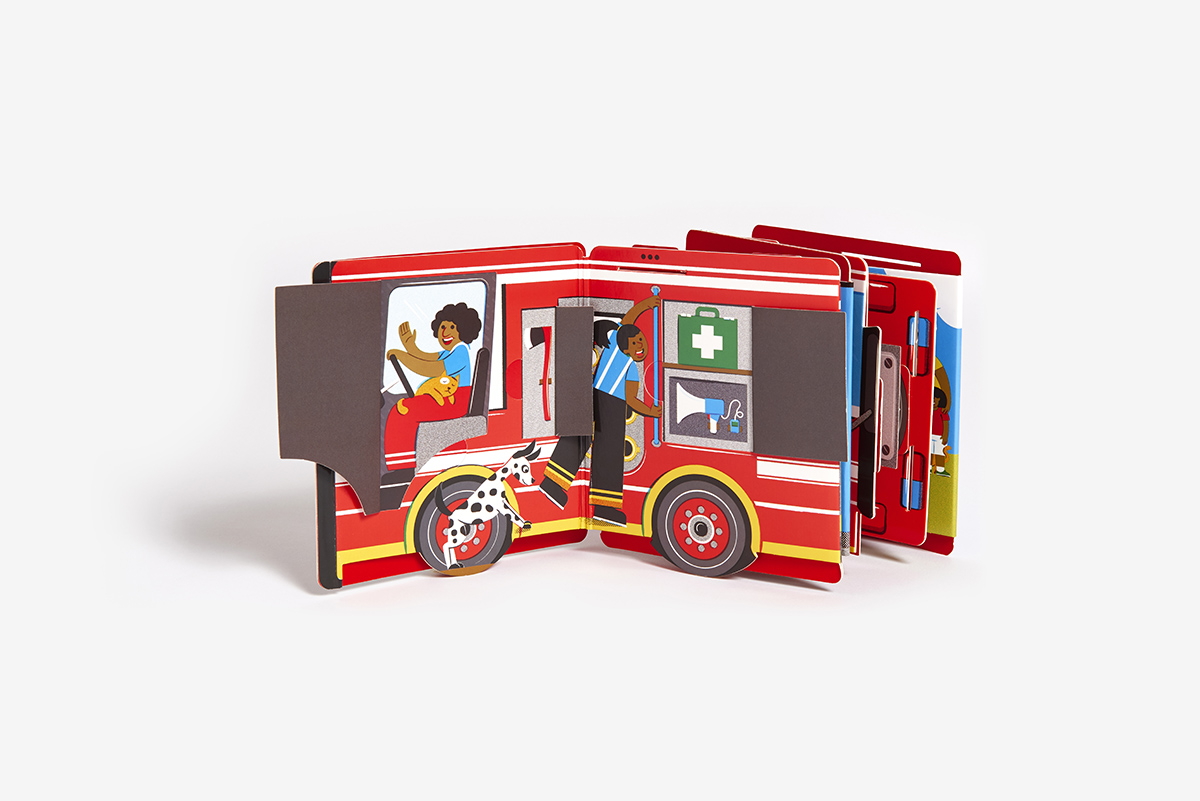 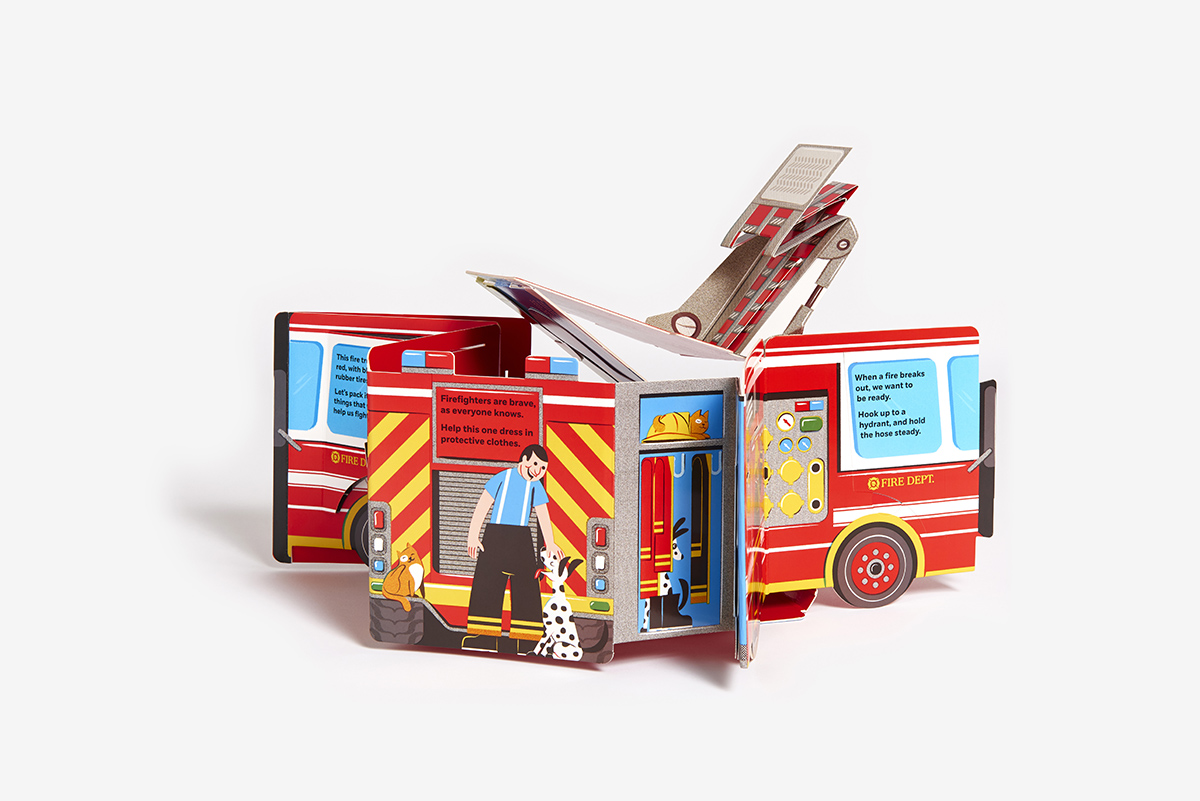 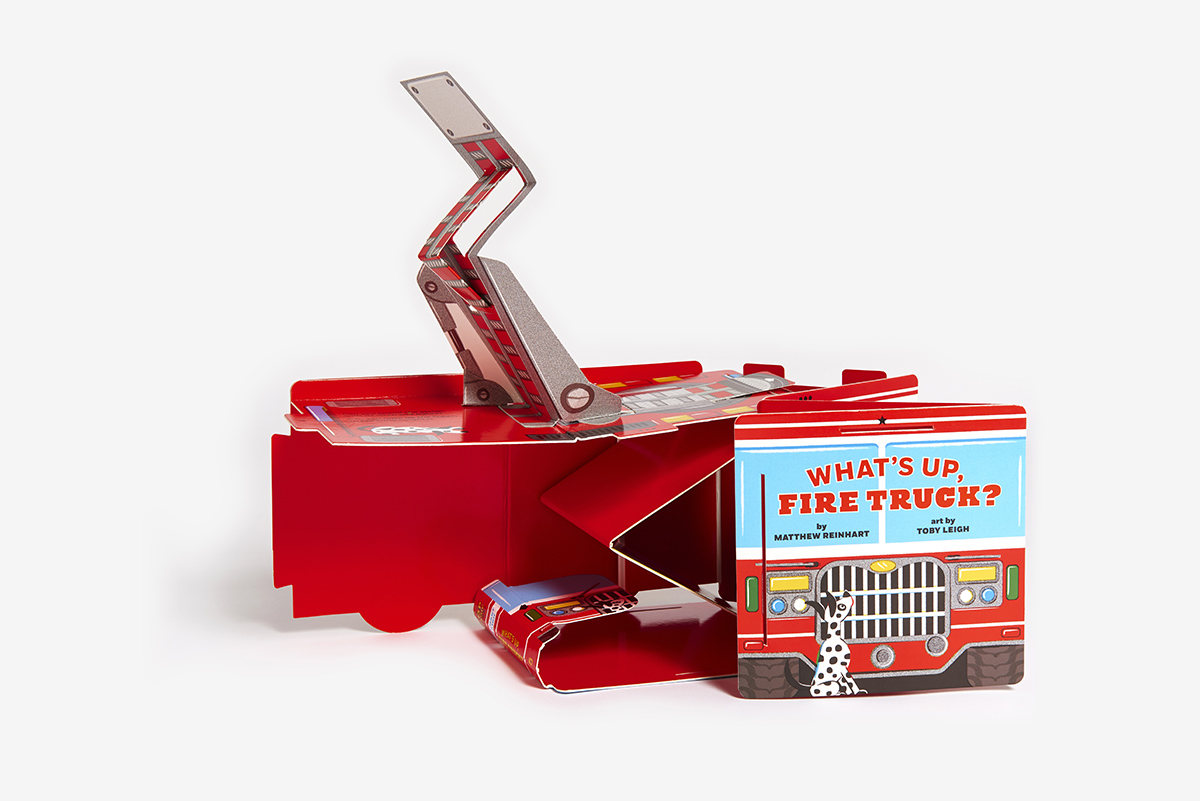 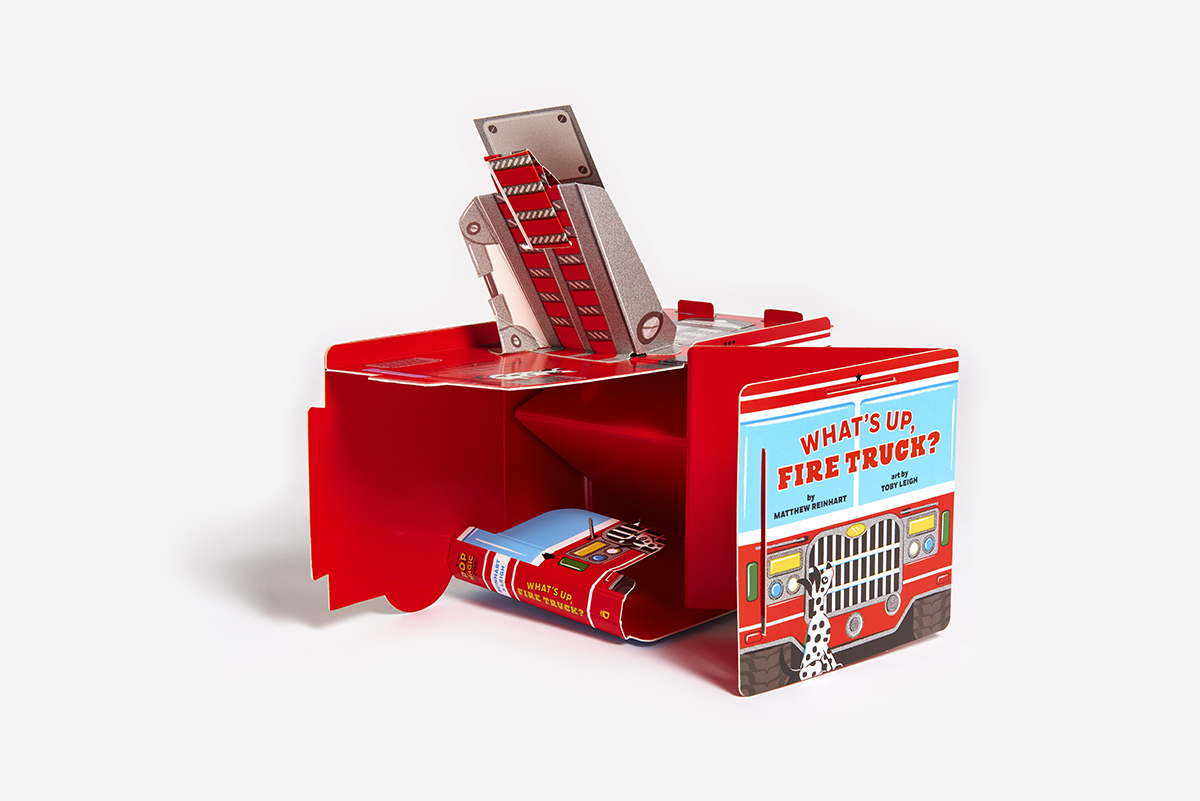 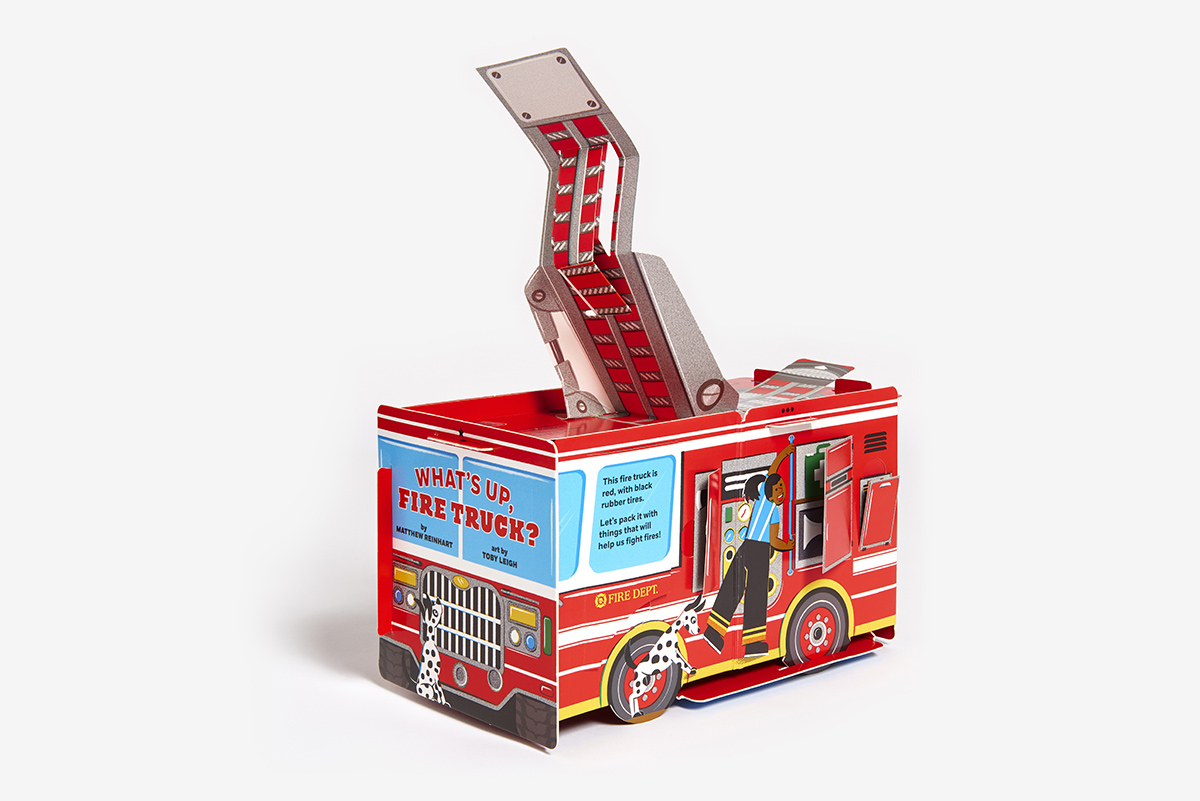 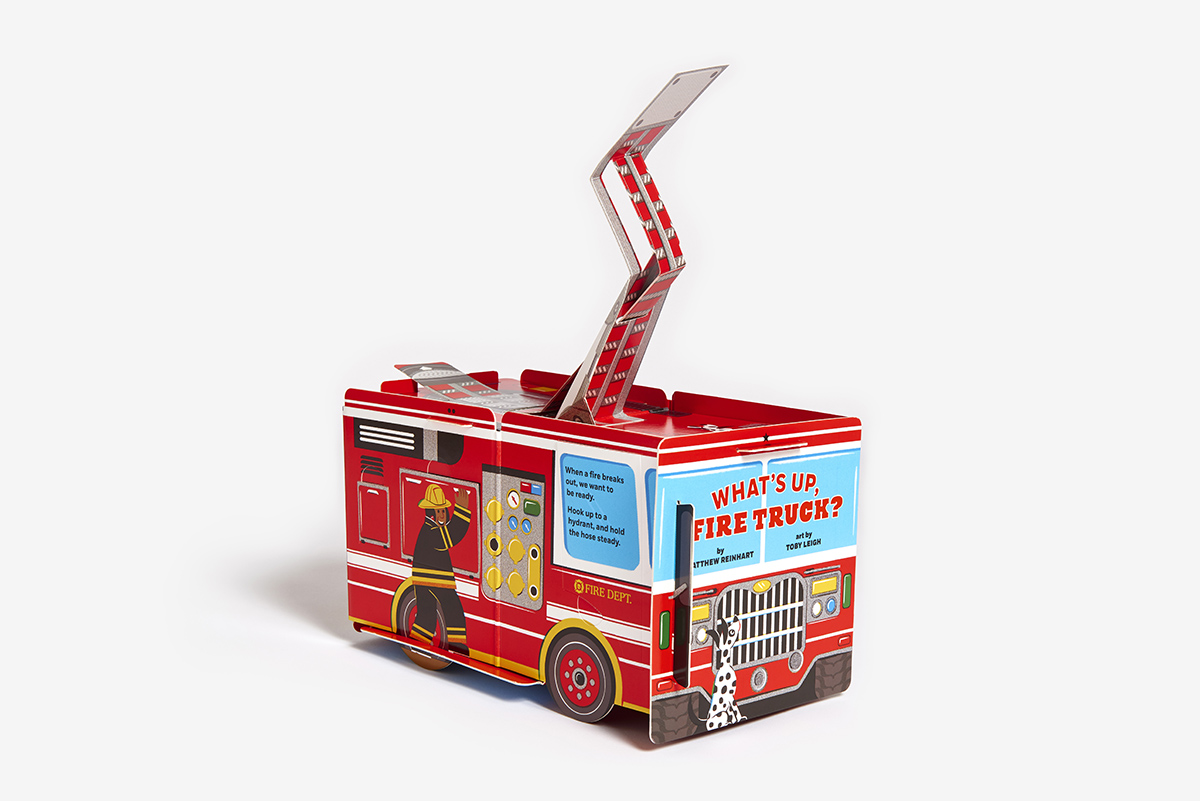 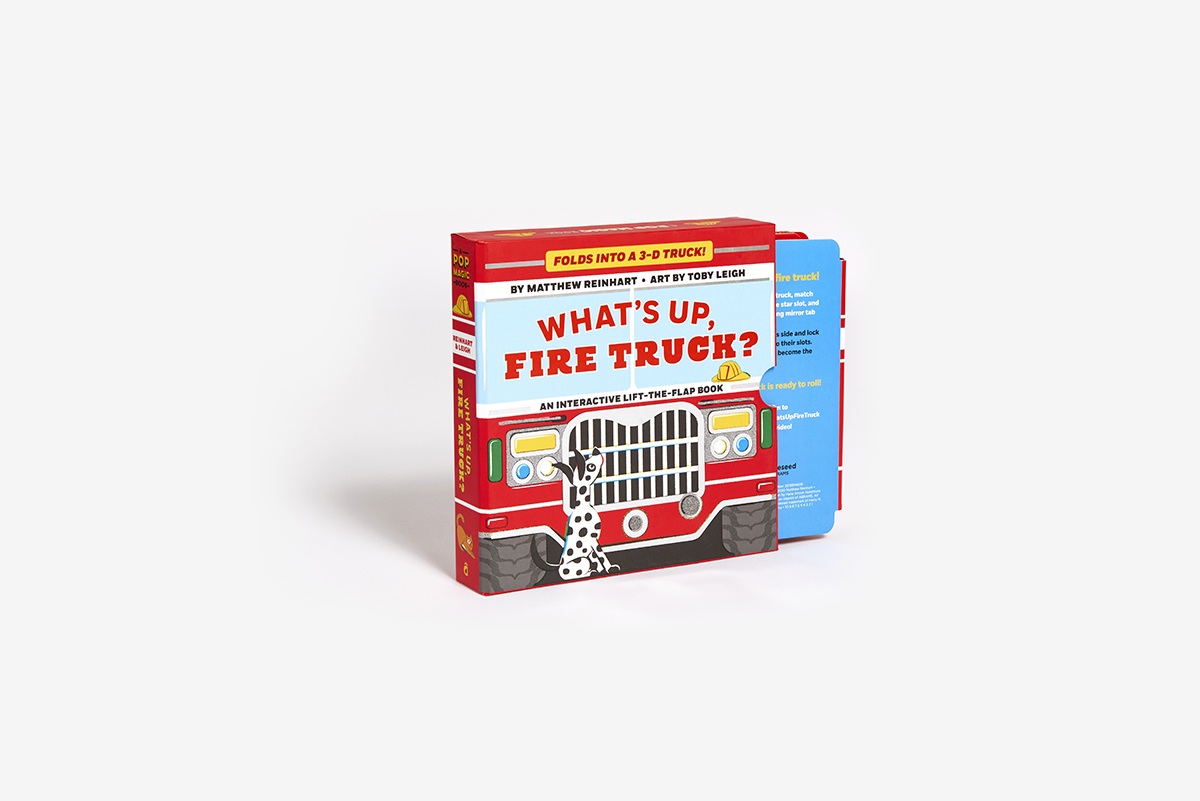 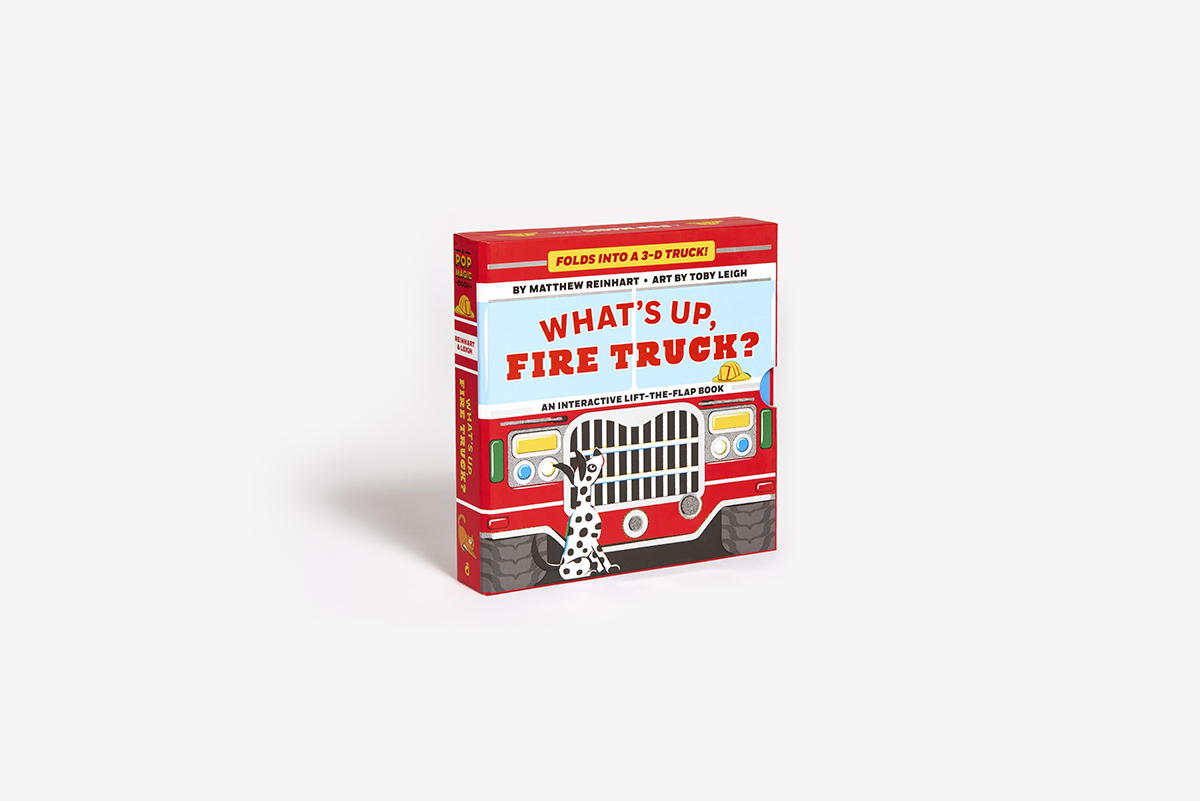 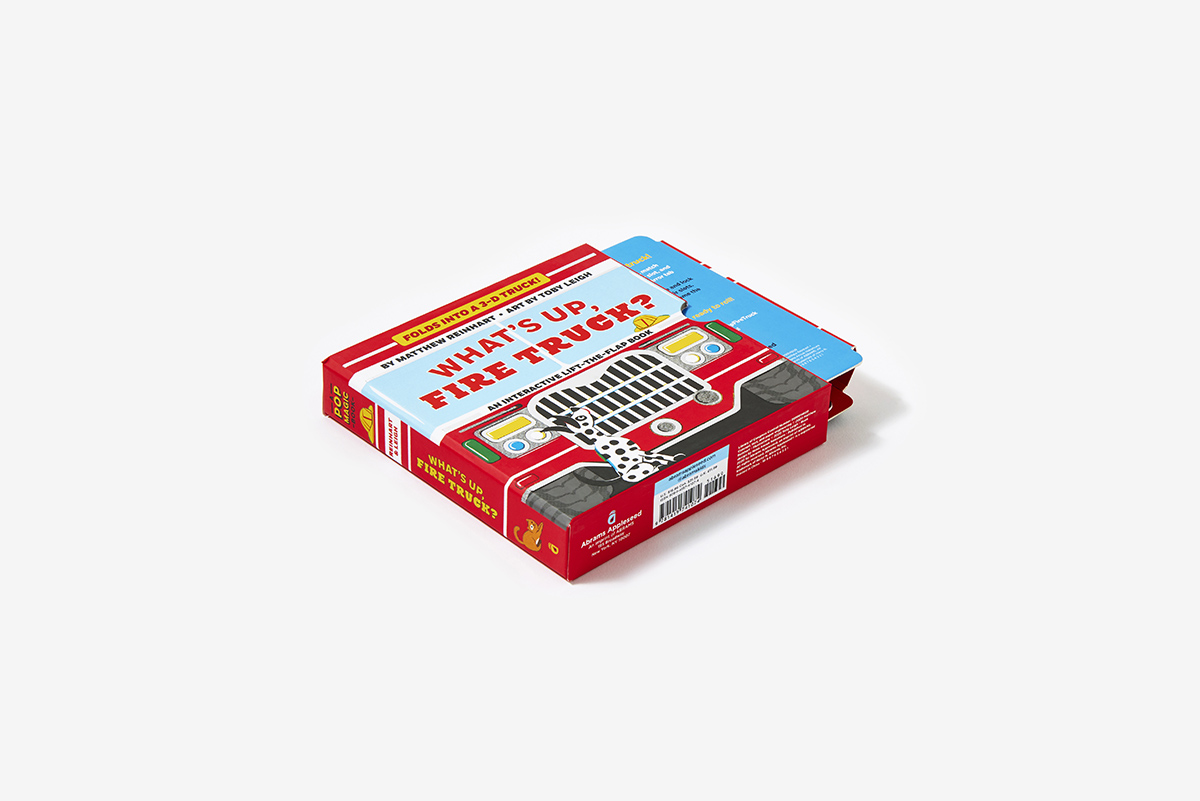 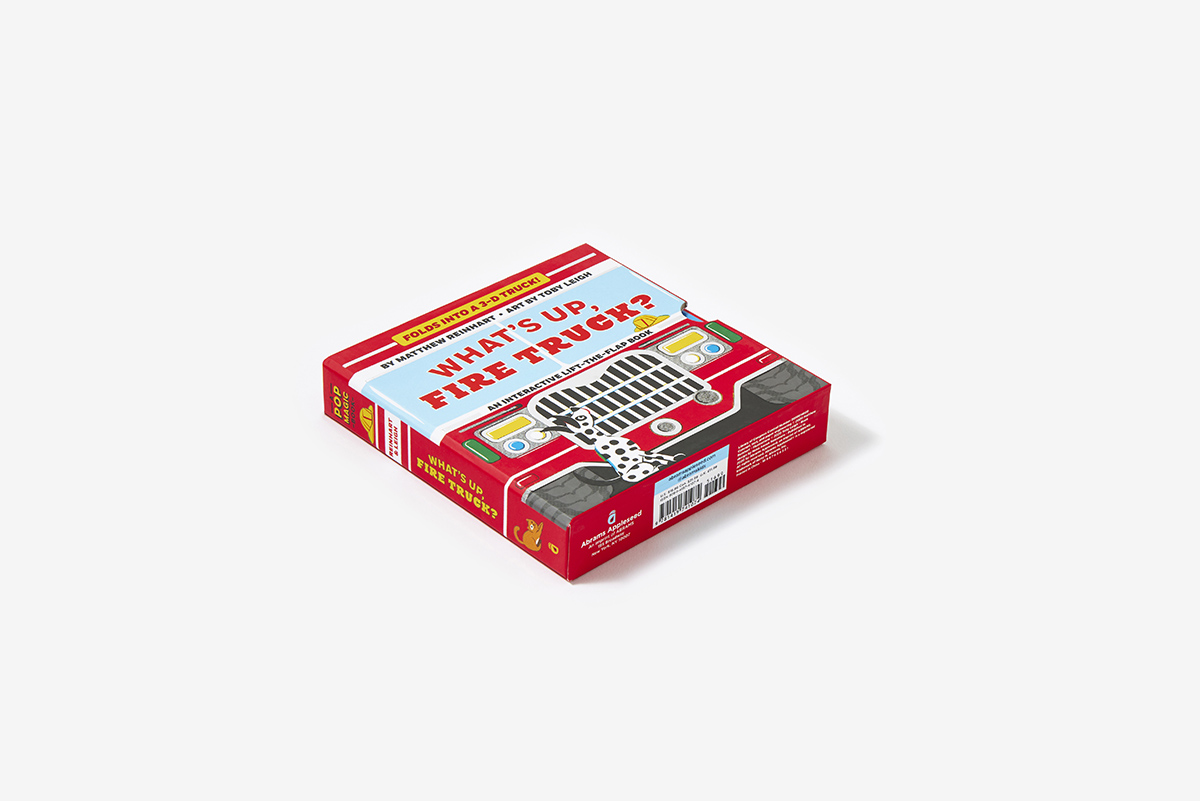 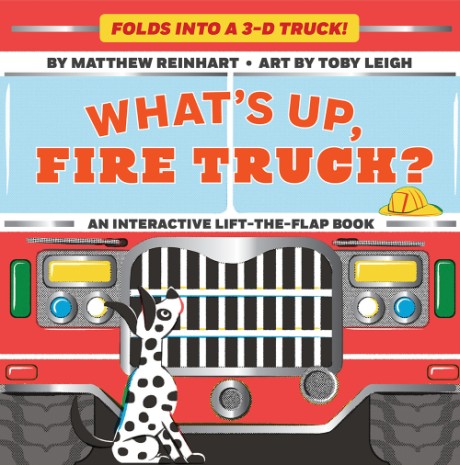 Read this innovative board book by pop-up wizard Matthew Reinhart and then transform it into a 3-D fire truck toy!

Follow a firefighter through a busy day at the fire station. Lift the flaps to open the fire truck doors and peek inside, help a crew member put on his protective gear, and unfold the ladder to help the firefighters save the day. When the story is over, follow simple instructions to transform the pages of the book into a three-dimensional fire truck! There’s so much to discover in this stunning interactive board book from bestselling pop-up creator Matthew Reinhart. Make learning fun with Pop Magic, an innovative line of preschool books covering topics from vehicles to colors and more!

For as long as Matthew Reinhart can remember, art always took center stage. Despite moving several times throughout childhood, he always had his sketchbook nearby, a constant friend wherever his family roamed. An avid comics, fantasy, and science fiction fanatic, Matthew has created a huge array of pop-culture pop-ups including his bestselling blockbusters Star Wars: A Galactic Pop-Up Adventure, Frozen: A Pop-Up Adventure, LEGO Pop-Up, Harry Potter: A Pop-Up Guide to Hogwarts, and many more. He lives in San Francisco, California. Toby Leigh is an award-winning illustrator and artist with an eye for the peculiar. He is a regular contributor to publications such as the Guardian, the Times, the Independent, Esquire, Empire, and Time Out. He lives in London.