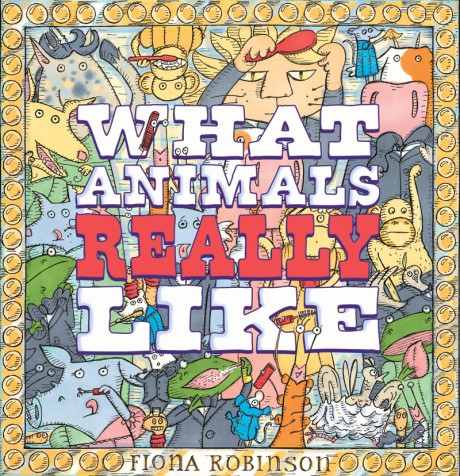 When the National Animal Choir performs the latest song by renowned composer and conductor Mr. Herbert Timberteeth, nothing goes exactly as planned. Mr. Timberteeth has some preconceived notions of what animals like to do that are reflected in his song. But it turns out that lions prefer flower arranging to prowling and shrimp would rather ski than swim! With all the dissension and mayhem, will the show still go on? This hilarious picture book delivers a subtle message about stereotyping that kids, who are so often pigeonholed, will appreciate.

Awards and Praise for What Animals Really Like
2012 Winner of the Irma S. Black & James H. Black Award for Excellence in Children's Literature

"Guffaws and surprising twists will have youngsters clamoring for a repeat performance. Brava!"
--Kirkus Reviews

Fiona Robinson is the author-illustrator of The Useful Moose: A Truthful, Moose-full Tale and The 3-2-3 Detective Agency. She has been praised by Publishers Weekly for her “humor tinged with heart,” and her work has been honored by the Royal Academy of Arts. She lives with her family in Brooklyn.