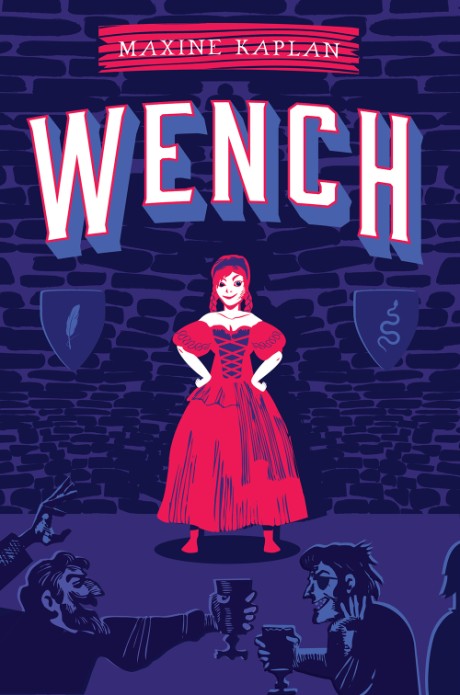 A funny, fiercely feminist YA epic fantasy—following the adventures of a tavern wench

Tanya has worked at her tavern since she was able to see over the bar. She broke up her first fight at 11. By the time she was a teenager she knew everything about the place, and she could run it with her eyes closed. She’d never let anyone—whether it be a drunkard or a captain of the queen’s guard—take advantage of her. But when her guardian dies, she might lose it all: the bar, her home, her purpose in life. So she heads out on a quest to petition the queen to keep the tavern in her name—dodging unscrupulous guards, a band of thieves, and a powerful, enchanted feather that seems drawn to her. Fast-paced, magical, and unapologetically feminist, Wench is epic fantasy like you’ve never seen it before.

"A fierce, feminist romp through the adventures of a tavern wench. Like an old classic fairytale, with bands of thieves and magical feathers, but with more badass female characters." —Shea Ernshaw, NYT bestselling author of The Wicked Deep

"WENCH is a power fantasy for every girl yearning for a body-positive, snarky, wonderfully queer heroine. Kaplan's prose is warm and inviting, and her characters utterly endearing. A witty and charming romp!" —Ashley Poston, National Best-Selling author of Geekerella

"Smart, plucky, resourceful ... Tanya is exactly the kind of character I love to root for. Readers are sure to delight in the fresh, inventive magic of Wench. This story of lost family and found friends is a heartfelt exploration of what it means to come home." —Megan Bannen, author of The Bird & the Blade and Soulswift

"Charming, thrilling, and always surprising,Wenchoffers a wildly refreshing reimagining of the fantasy genre, one you won't be able to put down!" —Andrew Shvarts, author of the Royal Bastards series

"A spirited, fast-paced adventure that reminds readers not all tough heroines need be handy with a sword." —Ellen Goodlett, author of Rule and Rise

"Atwisty, magical, romantic, and exhilarating adventure." —Bulletin of the Center for Children's Books

"The root concept of an adventuring barmaid in a feminist fantasy world will be enough to pull readers in, and Tanya's energy and determination will win them over along the way." —Booklist

Maxine Kaplan studied English and political science at Oberlin College and held a variety of positions in the publishing world before landing her current job as a private investigator and author. She lives and writes in Brooklyn, where she caters to the whims of her dim-witted but soulful cat.