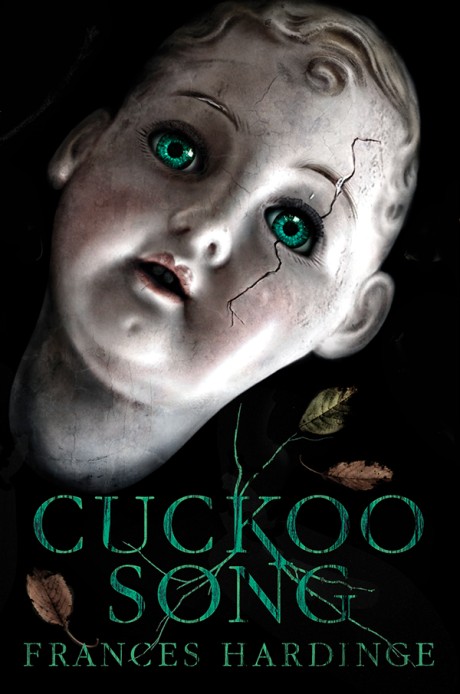 Following a mysterious accident that leaves her sopping wet, Triss awakens to a world that’s eerily off-kilter. Her memories are muddled, her sister despises her, and when she brushes her hair, out come crumbled fragments of leaves.

Is she going mad? Or did her accident trigger a nightmarish chain of events? In her quest to learn the truth, Triss ventures from the shelter of her parents’ protective wings into the city’s underbelly. There she encounters strange creatures whose grand schemes could forever alter
the fates of her family.

From master storyteller Frances Hardinge comes the unnerving tale of one girl’s struggle to confront her darkest fears in order to triumph over a world where nothing is as it seems.

STARRED REVIEW
"Fans of Hardinge will not be disappointed in this latest spine-chilling, creative work that offers a nuanced depiction of grief within the structure of a well-wrought fantasy."
School Library Journal, Carrie Shaurette, Dwight-Englewood School, Englewood, NJ —

"Hardinge slowly and craftily builds a horrific yet spellbinding narrative that culminates in an unforgettable confrontation...and those who like horror served with a side of hopeful frightfulness will thoroughly enjoy this book."
VOYA, Etienne Vallee —

STARRED REVIEW
"Nuanced and intense, this painstakingly created tale mimics the Escher-like constructions of its villainous Architect, fooling the eyes and entangling the emotions of readers willing and able to enter into a world like no other."
Kirkus Reviews —

STARRED REVIEW
"In addition to her beautiful, enrapturing, and careful use of language, Hardinge’s story is vivid, frightening, and inventive, with narrative twists and turns that feel both surprising and inevitable....A piercing, chilling page-turner."
Booklist, Krista Hutley —

STARRED REVIEW
"In the guise of a gorgeously written and disconcerting fairy tale, Hardinge delves deeply into the darker side of family life, particularly sibling rivalry and the devasting effect war can have on those left at home."
Publishers Weekly —

"Cuckoo Song is a sophisticated, disturbing tale that shivers with suspense and touching moments of bravery."
The Horn Book Magazine —

"With a combination of horror and wry humor reminiscent of Neil Gaiman's Coraline, Cuckoo Song transcends its teen-reader designation. The pyschological and historical nuances...will mesmerize older readers as well."
BookPage —

STARRED REVIEW
"Hardinge’s quiet but elegant prose moves the story seamlessly from an effectively creepy horror tale to a powerful, emotionally resonant story of regret and forgiveness."
The Bulletin of the Center for Children's Books —