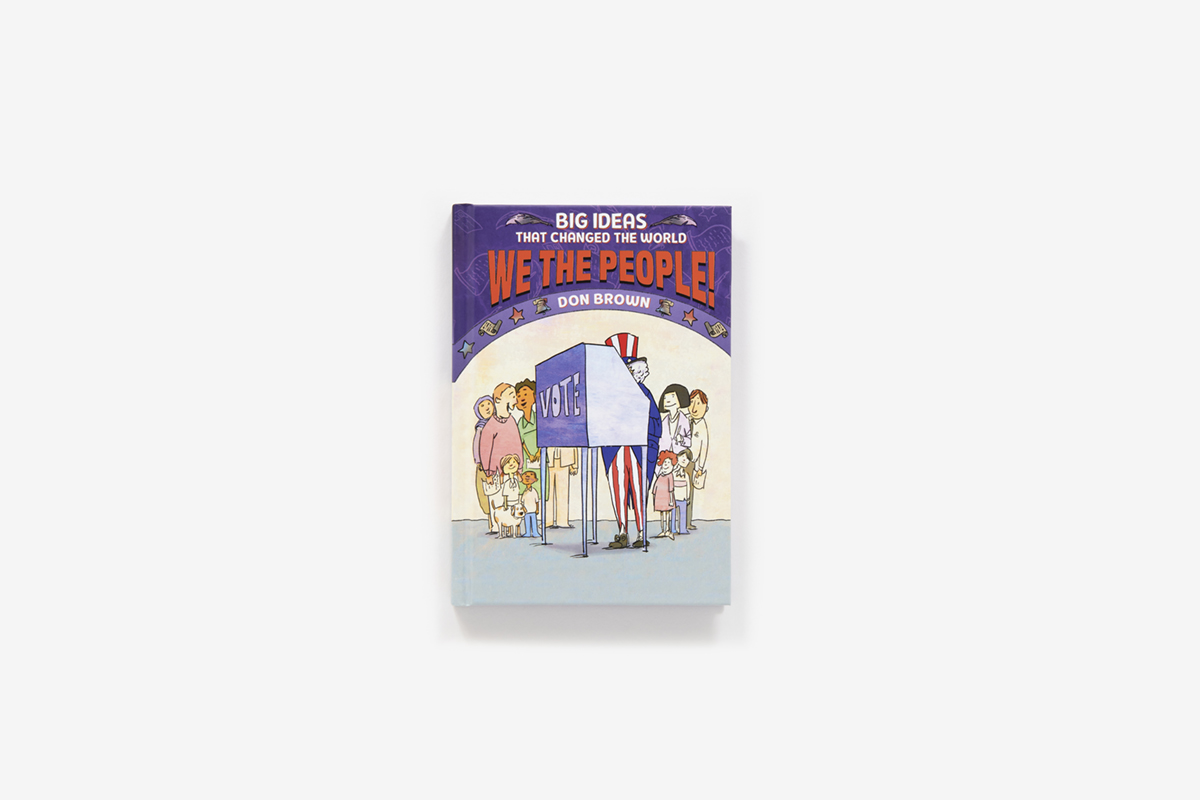 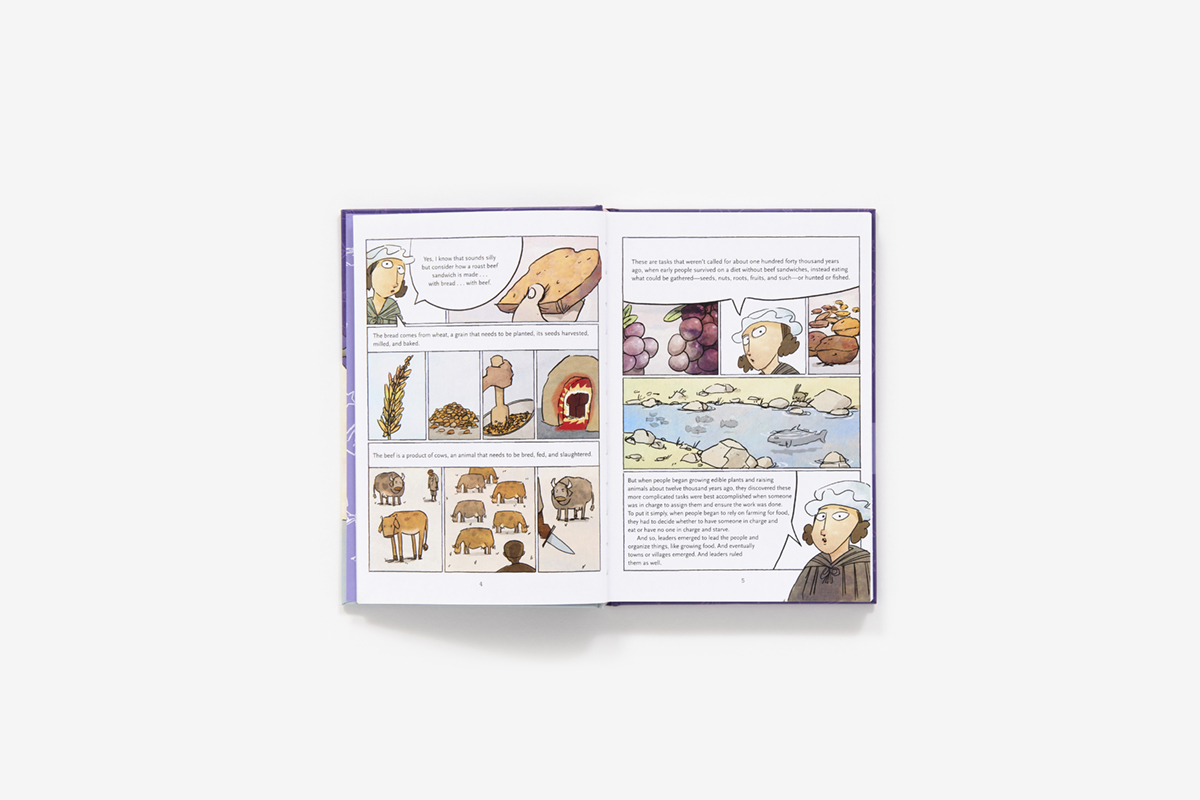 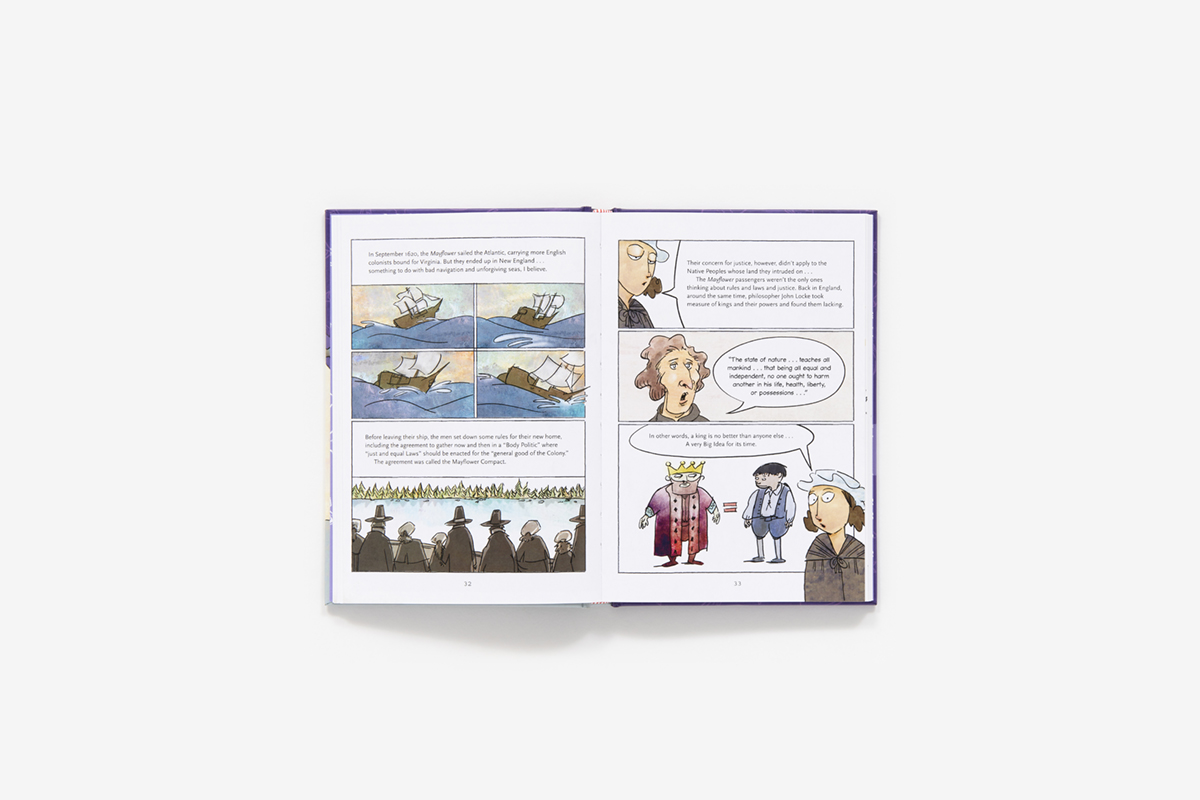 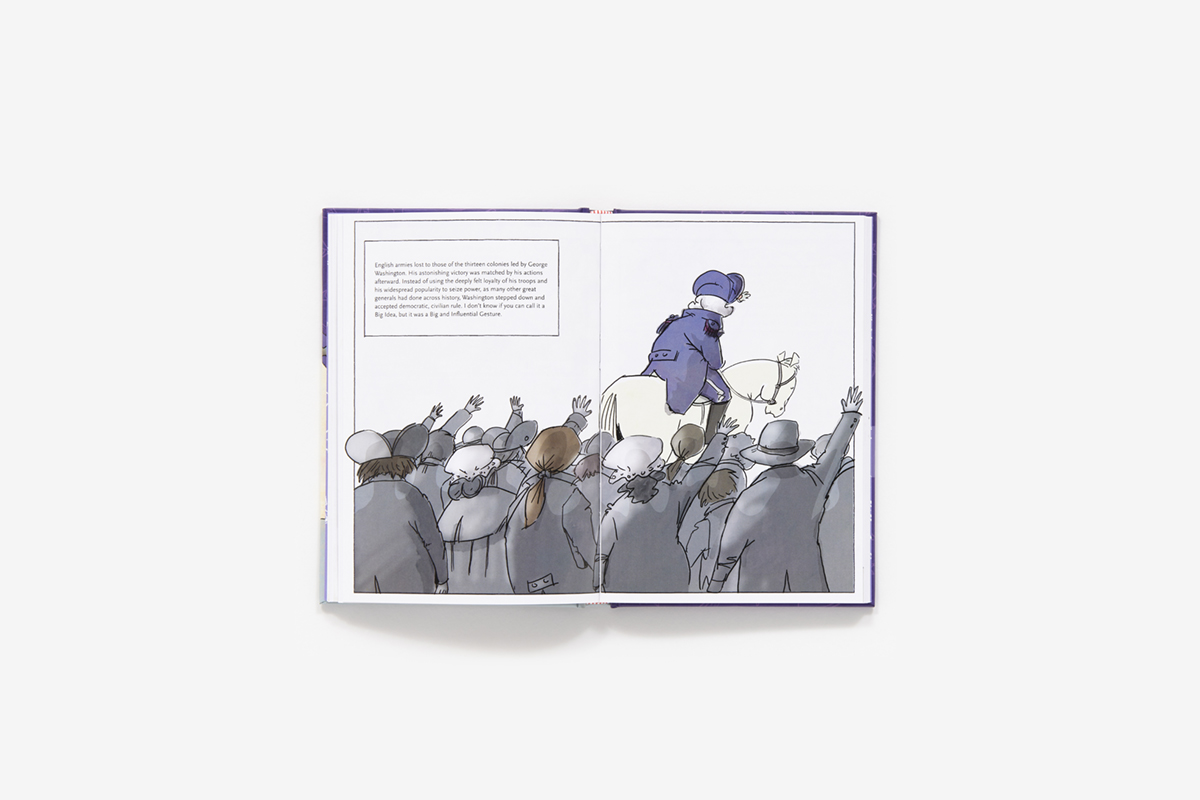 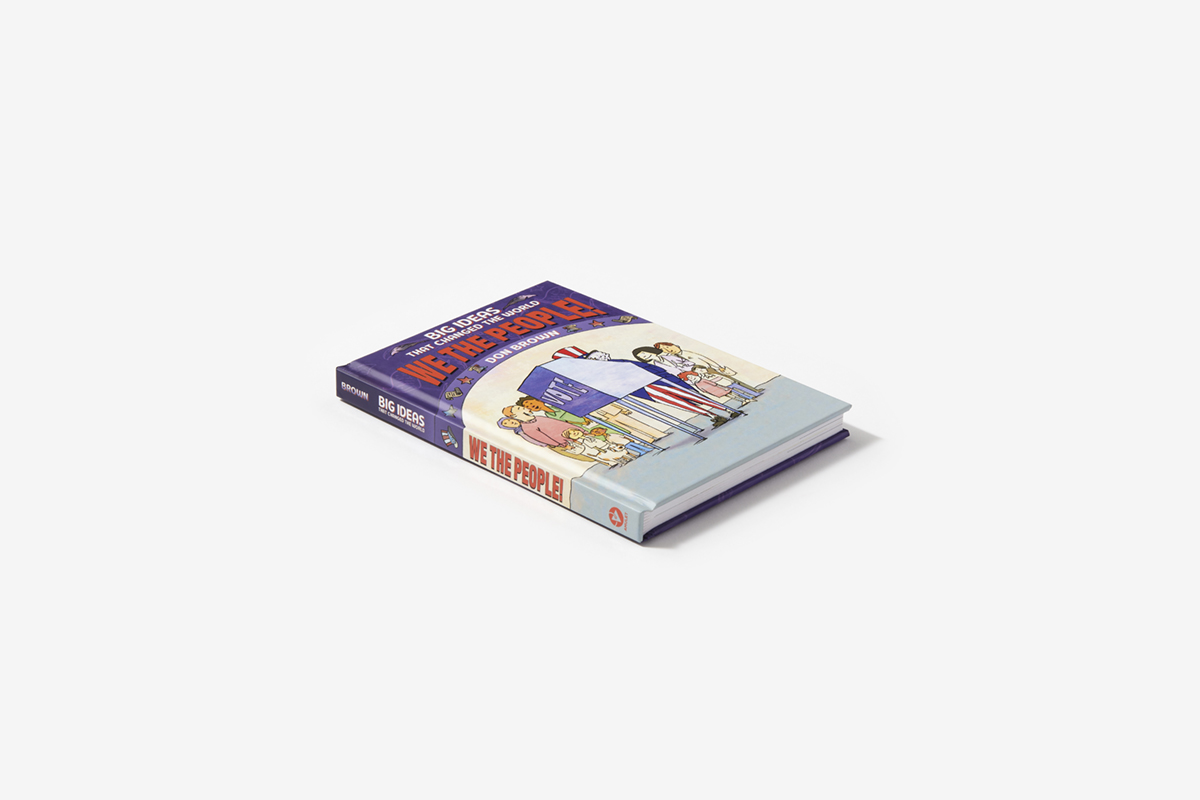 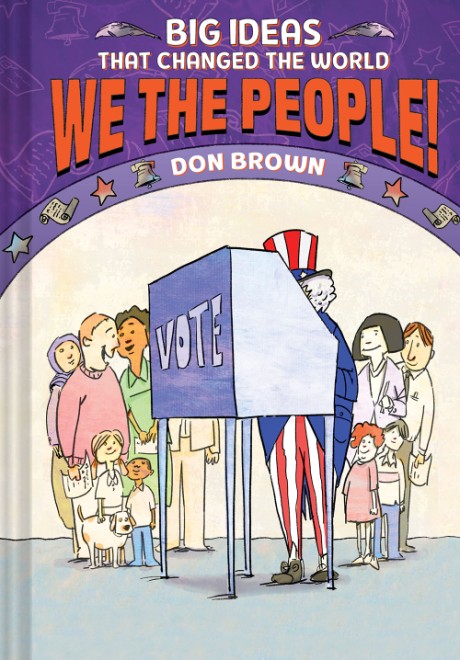 Big Ideas that Changed the World #4

The Greek word democracy comes from demos (people) and kratos (rule)—meaning “the people hold power.” In this timely graphic novel, acclaimed author-illustrator Don Brown explores the history of democracy—from civilization’s beginnings as hunter-gatherers to the birth of monarchies and vast empires, and from the earliest republics to our present-day government.

Narrated by Abigail Adams, We the People! explores how Athenian and Greek assemblies inspired our legislative and judiciary branches; how Enlightenment ideals of reason, toleration, and human progress shaped our founding fathers’ thinking; how Mali’s Manden Charter and England’s Magna Carta influenced our Bill of Rights; and how the Haudenosaunee (Iroquois) Confederacy directly shaped the US Constitution. Explaining the fundamentals of democracy—liberty, equality, and justice for all—in a kid-friendly way, We the People! is a powerful reminder that power rests in the people’s hands.

**STARRED REVIEW**
“Brown has proven to be the graphic novel gold standard in fact-driven, deeply humane middle grade history. Here, he's managed to hit upon a yet more urgent and relevant topic than the vaccine-centered previous volume (Shot in the Arm, 2021). Brown never skimps on crucial, lesser-considered nuances. His history may move at a breakneck pace, but he preserves details for our fascination, and never in the face of the Big Idea’s greatness does he let slip away the struggle of women and Black, Asian, or Indigenous people. Brown’s loose, jaunty Schoolhouse Rock–style art.”
Booklist —

“Watercolor-like illustrations draw the reader’s eye without creating sensory overload. Readers will easily be able to follow the flow of the panels with clear cues from the text. Those who have read other books in the series will love this new installment. This is a must-buy for any public or school library.”
School Library Journal —

Don Brown is the award-winning author and illustrator of many nonfiction graphic novels and picture books. His books have been called “masterful” and “a must for youth graphic collections.” Brown has received an Eisner nomination, two Sibert Honors, a Horn Book Best Book honor, a YALSA award, and multiple starred reviews, among other awards and notices. He lives in Hudson Valley, New York, with his family.