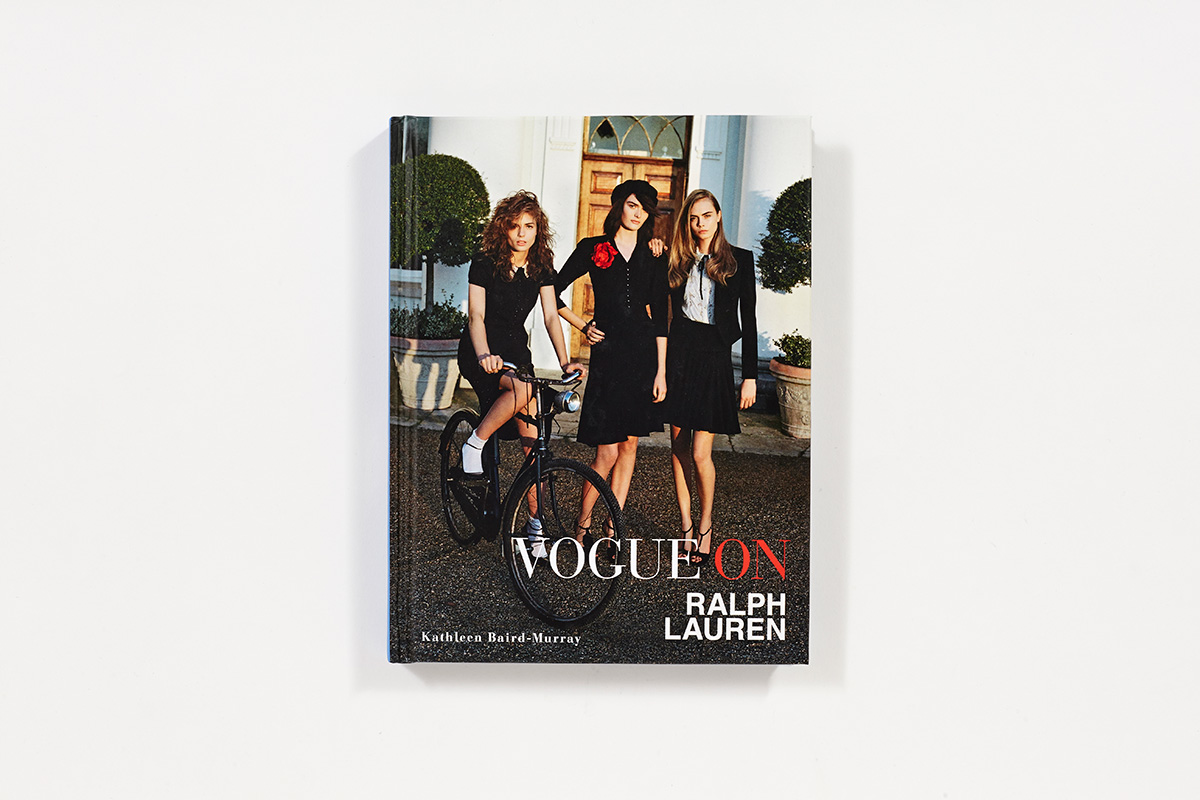 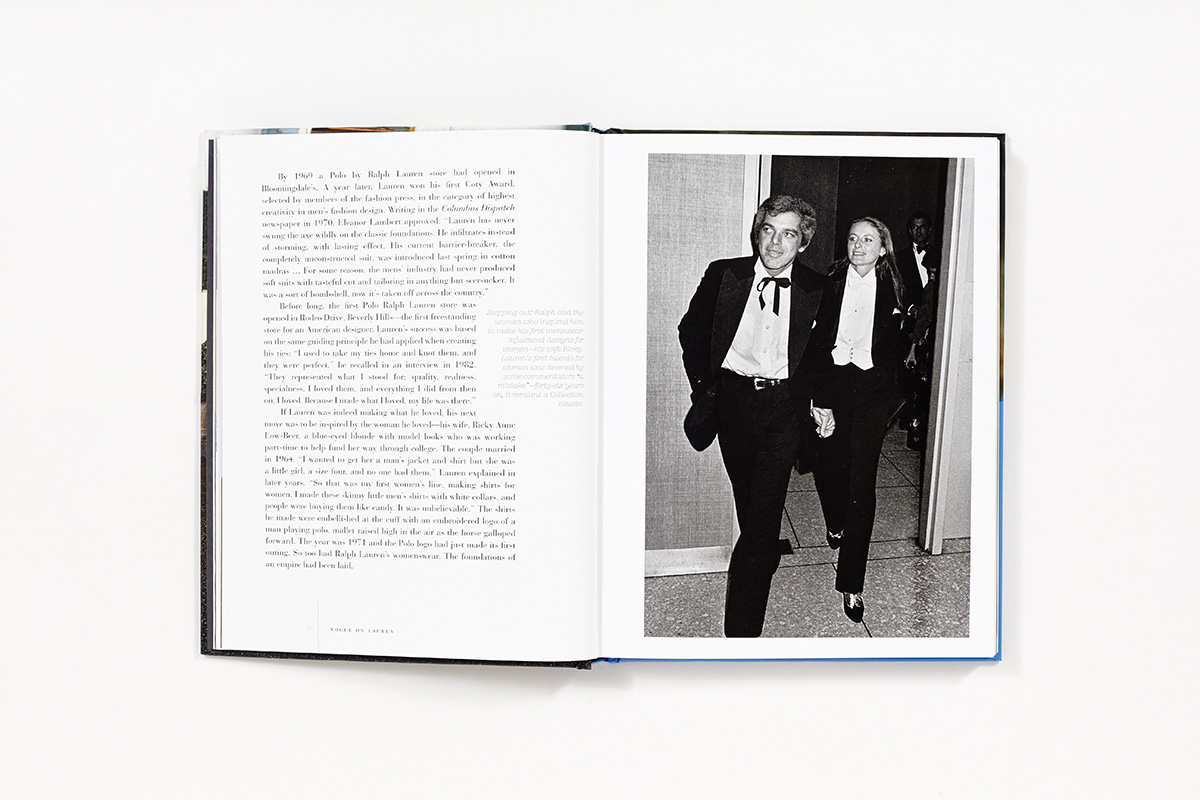 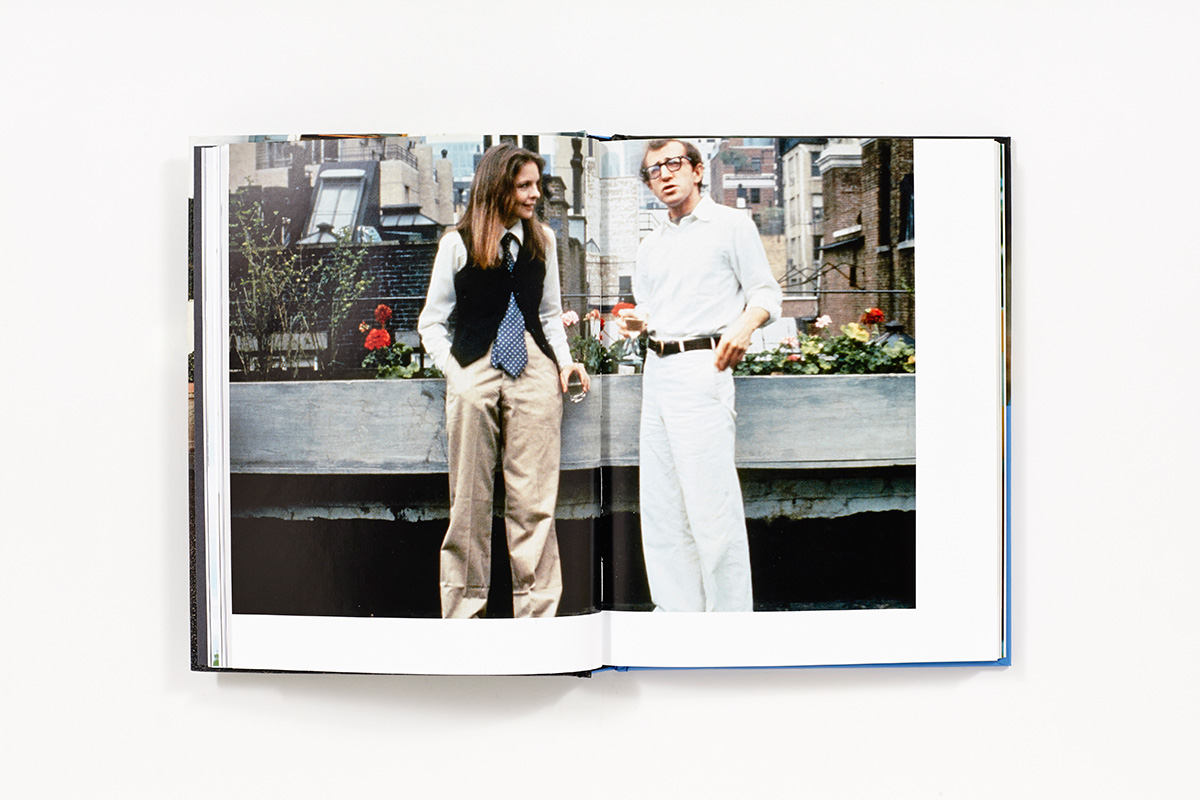 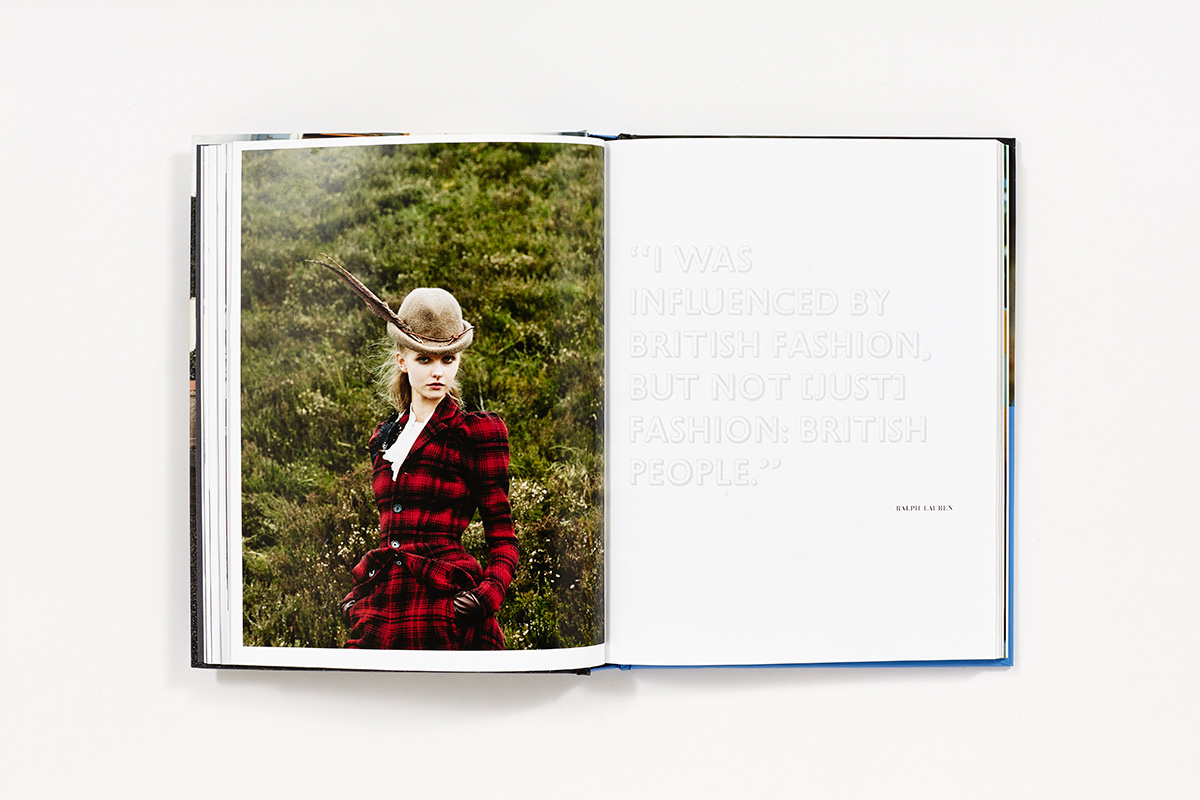 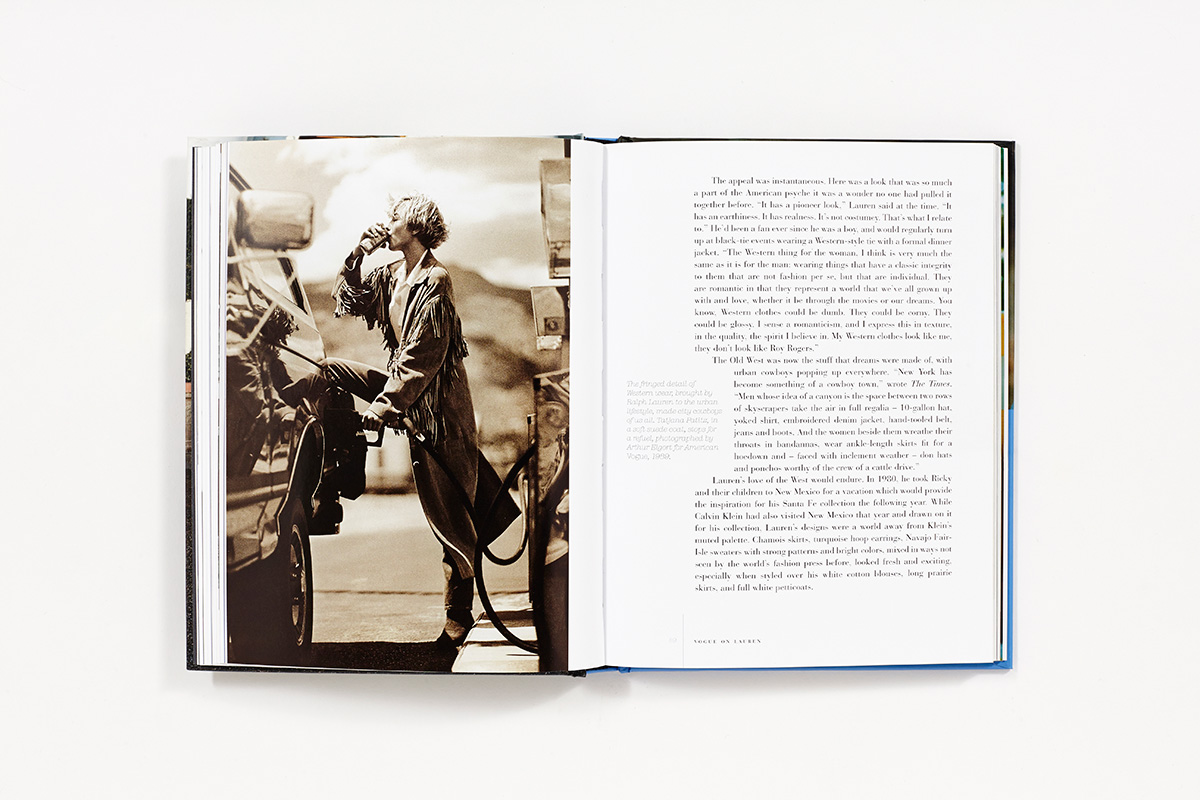 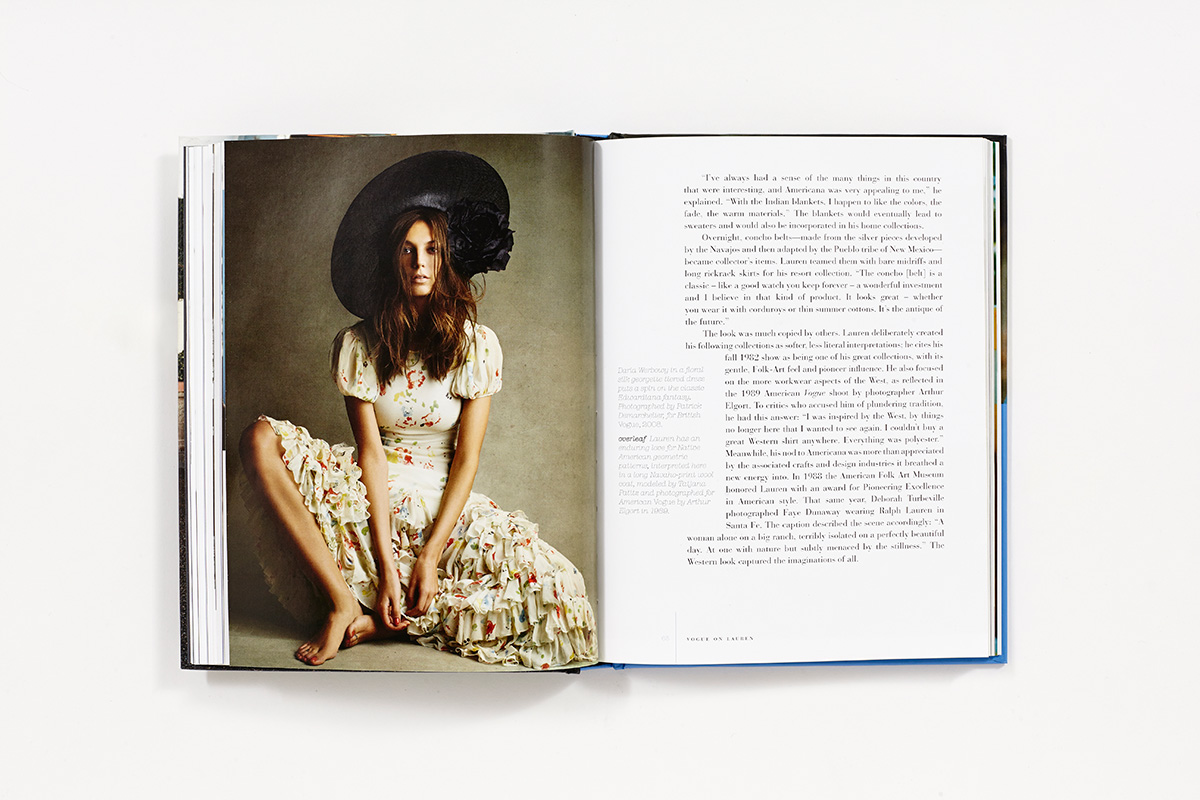 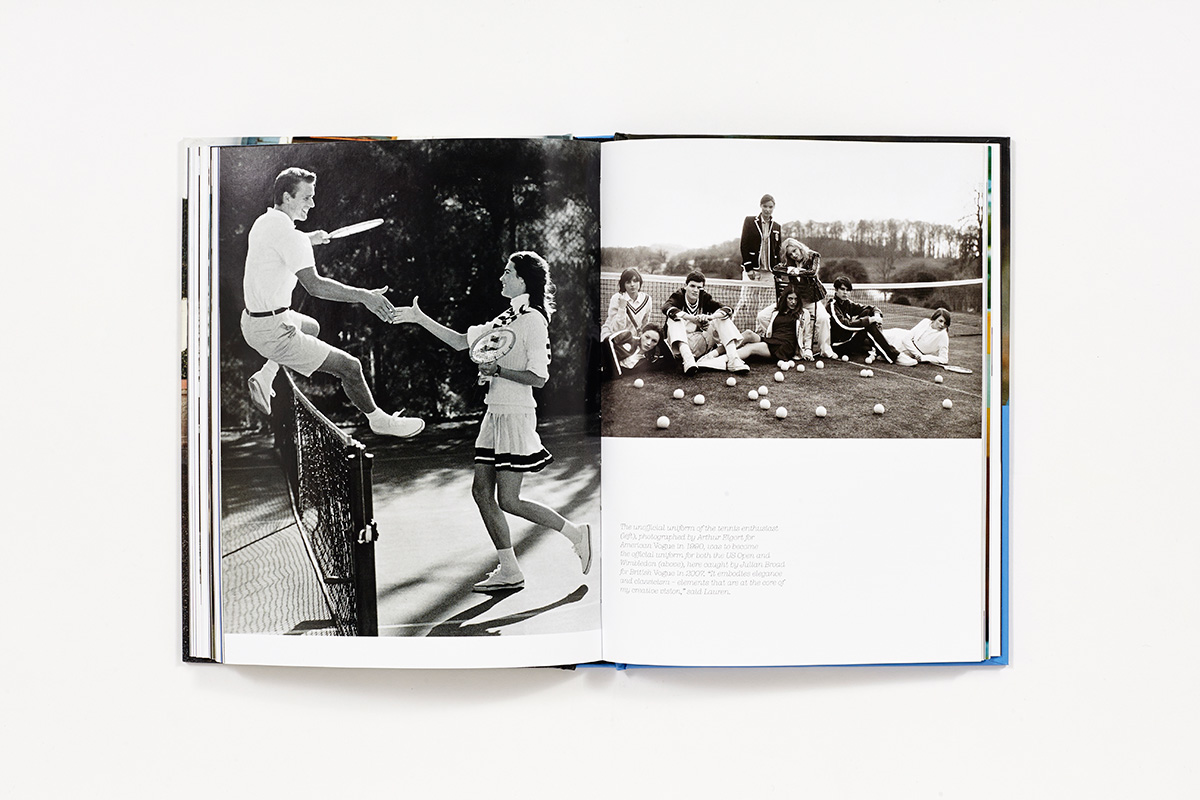 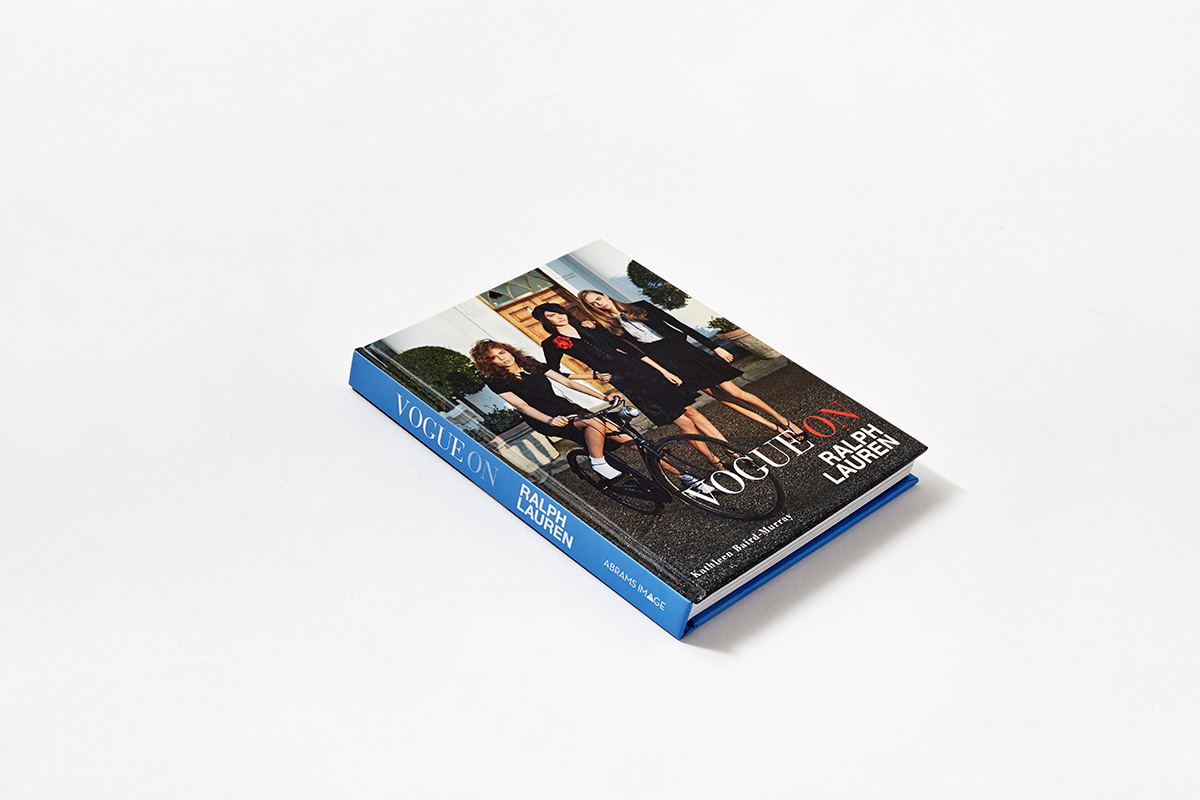 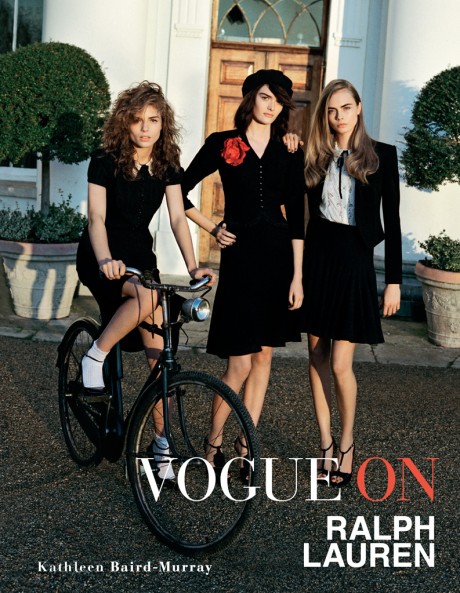 Ralph Lauren’s designs vividly embody the American Dream, and he has risen to become one of the world’s foremost fashion designers. His genius lies in his innate skill for interpreting key cultural elements of Americana—whether from folk art or the preppy world of Hamptons’ socialites or Navajo motifs—and encapsulating them in appealing garments. Also a natural fit with Hollywood, he has designed costumes for films such as The Great Gatsby (1974) and Annie Hall and created countless looks for stars on the red carpet. From his ubiquitous, equestrian-tagged Polo shirts to his American-country-club take on upper-class Englishness, his skill in making aspiration accessible is second to none.
Vogue on Ralph Lauren is a volume from the series created by the editors of British Vogue, featuring 20,000 words of original biography and history and studded with more than 80 images from their unique archive of photos taken by leading photographers including Bruce Weber, Patrick Demarchelier, and Mario Testino.