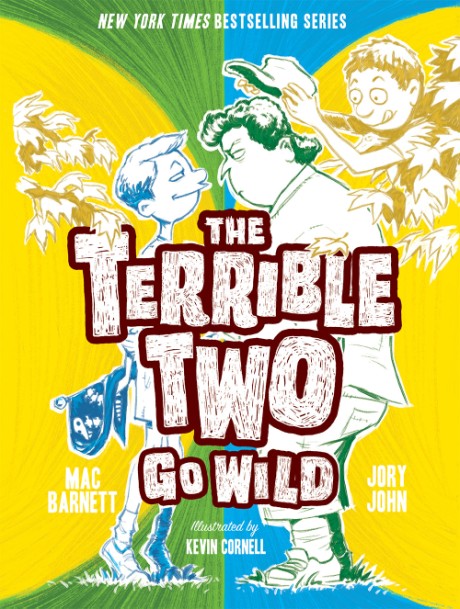 Summers are for pranking in the third installment of the hilarious New York Times bestselling series by Mac Barnett and Jory John!

School's out and pranksters Miles and Niles have retreated to a perfect hideout in the woods, complete with snacks, games, books, sleeping bags, stream-chilled lemonade . . . and a stolen flag of nearby Yawnee Valley Yelling and Push-Ups Camp. But their leafy, lazy days darken when bully Josh Barkin and fellow cadets vow to get their flag back. It's war, but one that pits nimble minds against hard fists; and as pranksters know, the real art of war is winning without landing a single blow.

Jory John writes picture books and coauthored the bestselling All My Friends Are Dead. He lives in Portland, Oregon.

Kevin Cornell is the illustrator of many children’s books. He lives in Philadelphia.