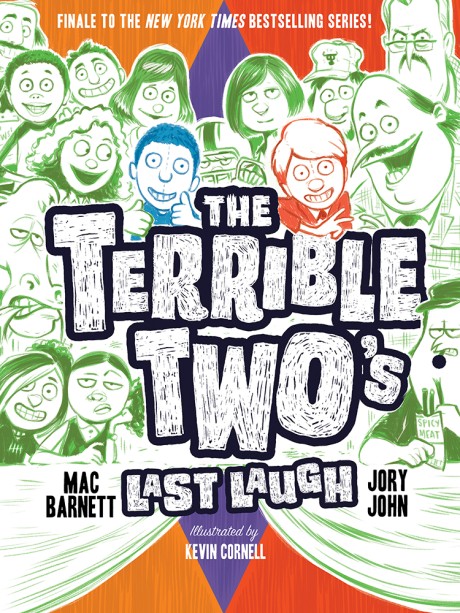 The Terrible Two plan their biggest prank yet in the hilarious conclusion to the New York Times bestselling series by Mac Barnett and Jory John!

It’s Miles and Niles’s final year at Yawnee Valley Science and Letters Academy, and the Terrible Two have one goal: an epic prank. Something that will leave a lasting legacy at their school. Which should be easy-peasy for these experts.

But their smooth sailing gets downright bumpy when they find out that the new superintendent is none other than Bertrand Barkin, their principal’s father . . . and their sworn enemy. Now that Former Principal Barkin is Acting Superintendent Barkin, he has a first order of business: his long-promised revenge on the Terrible Two.

This rollicking finale to the bestselling series by Mac Barnett (Extra Yarn, Sam and Dave Dig a Hole) and Jory John (Penguin Problems, The Bad Seed) will settle once and for all who—between quick wits and powerful fists—will have the last laugh.