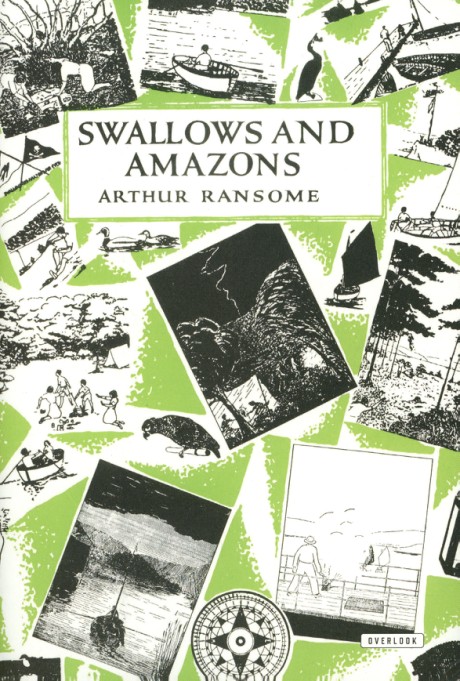 The first title in Arthur Ransome's classic series, Swallows and Amazons was originally published in 1930 and remains to this day an intrepid story of sailing, exploration, and friendship for children, grownups, and anyone captivated by a world of adventure and imagination. Set in England's Lake District in 1929, the story follows the Walker family—including siblings John, Susan, Titty, and Roger—who set sail for Wild Cat Island in their dinghy. Upon arriving, the friends are besieged by Amazon pirates, Nancy and Peggy, who claim ownership of the land. Luckily, the Swallows and Amazons soon call a truce and set off together on wild escapades, camping under open skies, swimming, fishing, and exploring. But when a mysterious man on a houseboat accuses them of a crime they did not commit, the Swallows and the Amazons must work together to clear their names—and find the real culprit. Drawing on the good old-fashioned storytelling of Robinson Crusoe and showcasing the qualities of independence and initiative in his characters, Arthur Ransome has written a timeless adventure story that still resonates with children today, nearly ninety years after its original publication. This deluxe hardcover edition of this charming tale will find a treasured spot in many home libraries as well as transport children to a real-life Neverland, a fantastical place where they can roam freely without an adult in sight.