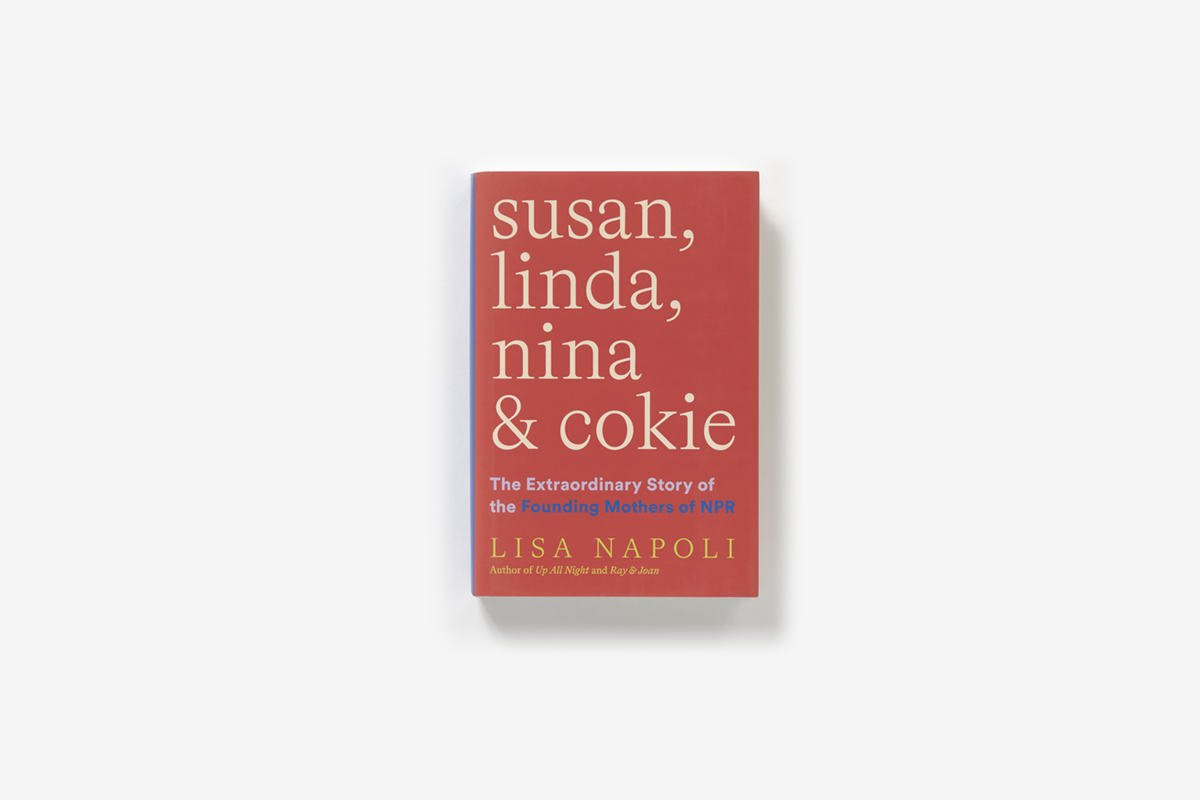 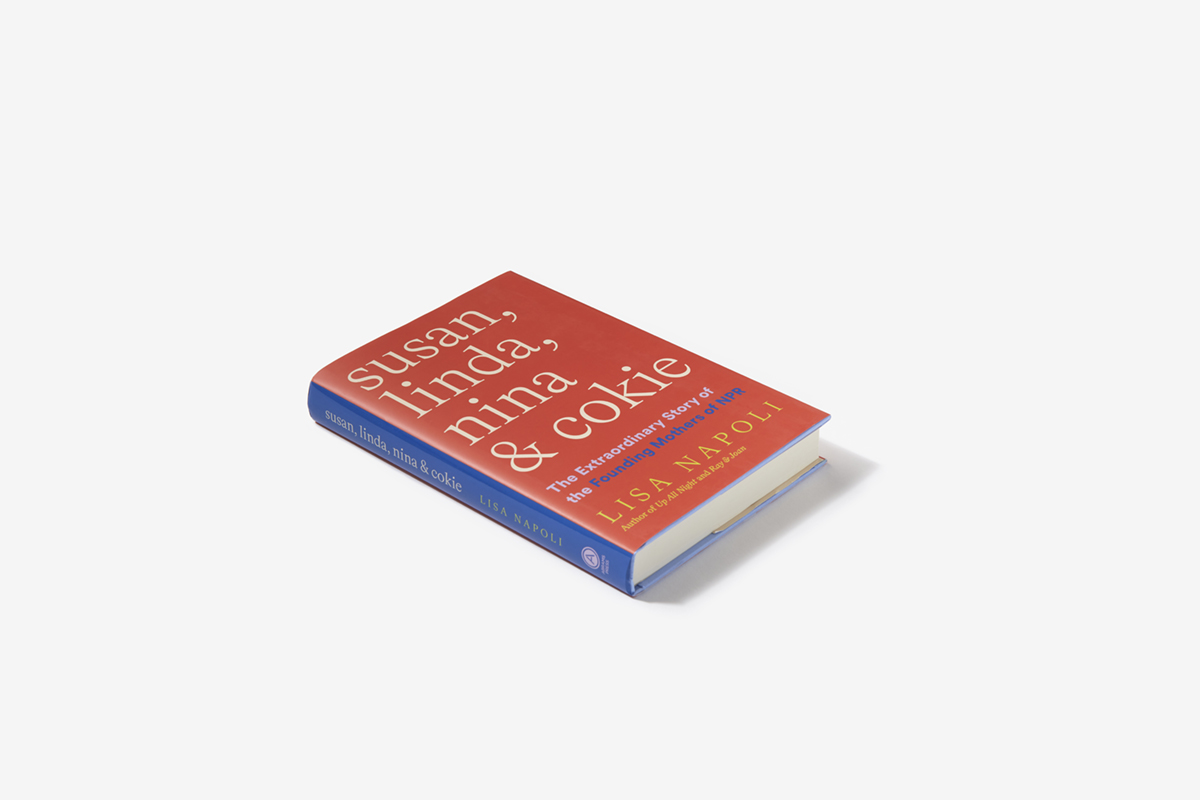 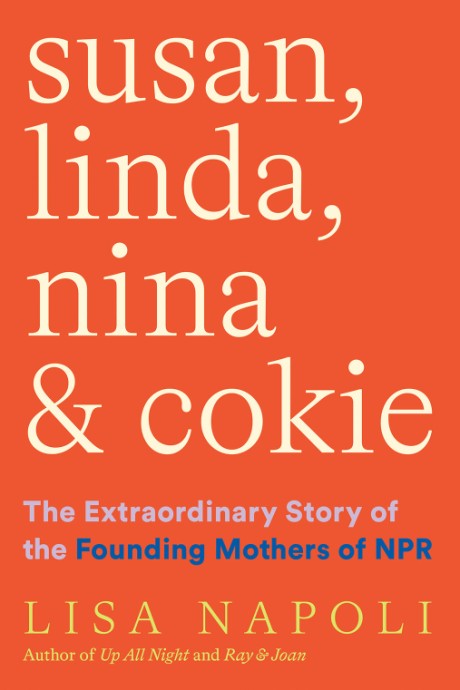 The Extraordinary Story of the Founding Mothers of NPR

“Particularly moving… Their solidarity was inspiring and sometimes intimidating… [Susan, Linda, Nina, and Cokie] offers a powerful lesson on what can happen when we carry as we climb.” –Washington Post, Best Nonfiction Book of the Year

A group biography of four beloved women who fought sexism, covered decades of American news, and whose voices defined NPR

In the years after the Civil Rights Act of 1964, women in the workplace still found themselves relegated to secretarial positions or locked out of jobs entirely. This was especially true in the news business, a backwater of male chauvinism where a woman might be lucky to get a foothold on the “women’s pages.” But when a pioneering nonprofit called National Public Radio came along in the 1970s, and the door to serious journalism opened a crack, four remarkable women came along and blew it off the hinges.
Susan, Linda, Nina, and Cokie is journalist Lisa Napoli’s captivating account of these four women, their deep and enduring friendships, and the trail they blazed to becoming icons. They had radically different stories. Cokie Roberts was born into a political dynasty, roamed the halls of Congress as a child, and felt a tug toward public service. Susan Stamberg, who had lived in India with her husband who worked for the State Department, was the first woman to anchor a nightly news program and pressed for accommodations to balance work and home life. Linda Wertheimer, the daughter of shopkeepers in New Mexico, fought her way to a scholarship and a spot on-air. And Nina Totenberg, the network's legal affairs correspondent, invented a new way to cover the Supreme Court. Based on extensive interviews and calling on the author’s deep connections in news and public radio, Susan, Linda, Nina, and Cokie will be as beguiling and sharp as its formidable subjects.

"[Susan, Linda, Nina, and Cokie] illuminates the terrifying, thrilling energy of NPR as start-up....The book is a lesson in how the fringe project of one generation becomes the mainstream of the next....Napoli portrays the network’s endearingly experimental, chaotic beginning."

“Napoli chronicles not just the camaraderie of Stamberg, Wertheimer, Totenberg and Roberts, but their commitment to help the careers of younger women who aspired to follow them. The founding mothers, in word and deed, offer a powerful lesson on what can happen when we carry as we climb.”
The Washington Post —

“Histories, biographies, and behind-the-scenes narratives about the news biz typically idolize swaggering, chain-smoking, tough-talking dudes who tower over testimonies with testosterone-infused personalities. But with Susan, Linda, Nina & Cokie, Napoli honors not the dog-eat-dog variety of journalist, but the fortitude of sisterhood, of women supporting each other.”

"Lisa Napoli's Susan, Linda, Nina & Cokie is an intimate and beautifully told tale of the extraordinary coming together of four women who would help shape a network, the news business, and each other's lives. I feel immensely grateful to these women for all they have done for NPR and for women in journalism and also incredibly proud to work alongside them."
Stacey Vanek Smith —

"NPR gave a voice to women in news before many other news outlets, and NPR's founding mothers used their powerful voices to tell the stories that explained and changed people's lives. Lisa Napoli impressively chronicles how these four pioneers paved the way for women journalists everywhere."
author of The Good Girls Revolt, Lynn Povich —

“Napoli narrates the origin stories of NPR’s female journalistic superheroes … a history filled with so many powerful moments and fascinating details about journalism, perseverance, and gender bias.”
Kirkus Reviews —

"Readers are left with inspiring insights into the pathbreaking work of these four women, but more importantly with a sense of how the status of some women and the role of the media have both changed in the last 50 years."
Library Journal —

Born and raised in Brooklyn, Lisa Napoli has had a long career in print, radio, TV, and online journalism. She has worked at the New York Times, Marketplace, MSNBC, and KCRW. She is the author of three previous books, Radio Shangri-La, Ray & Joan, and Up All Night: Ted Turner, CNN, and the Birth of 24-Hour News. She lives in Los Angeles.