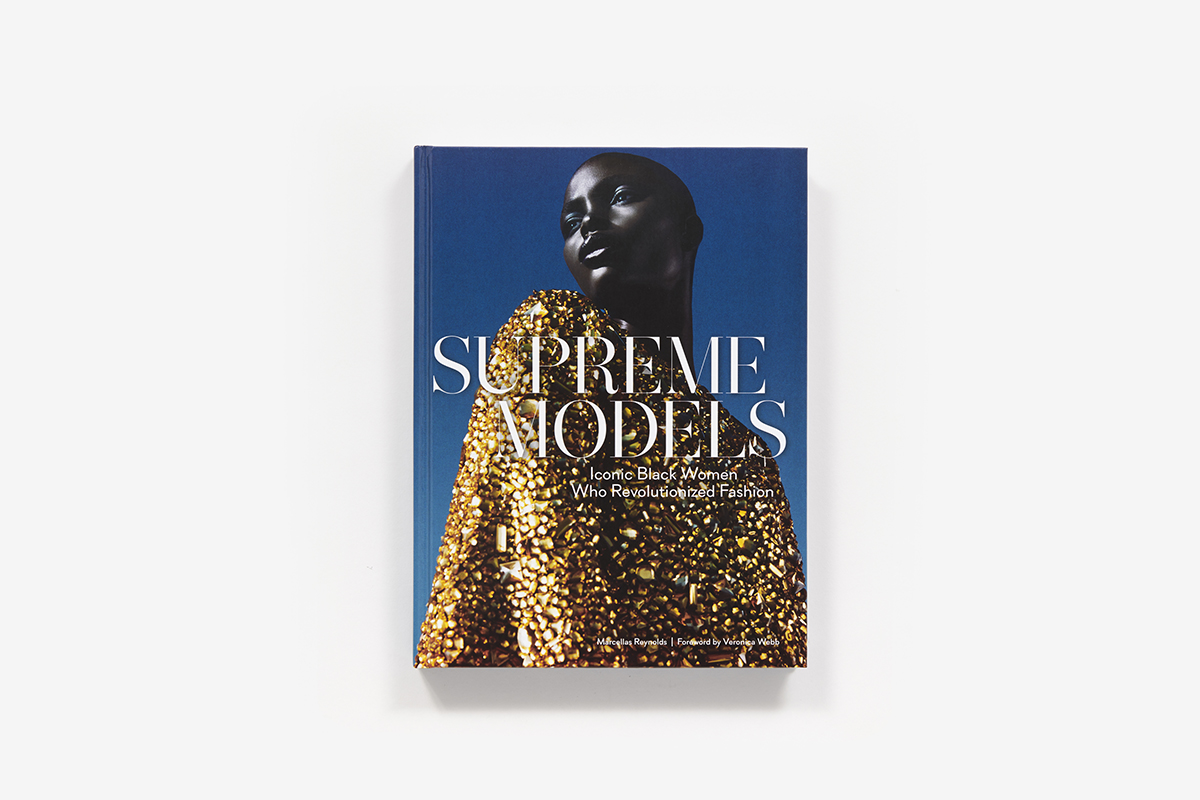 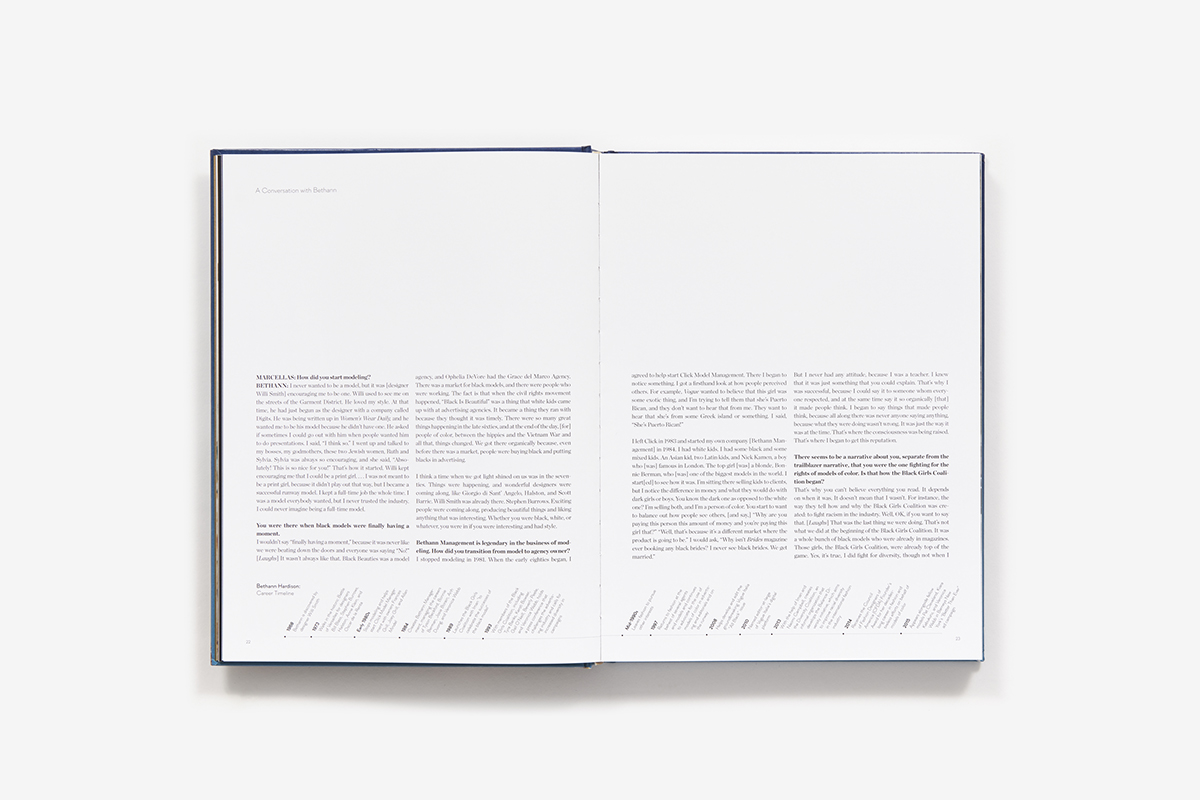 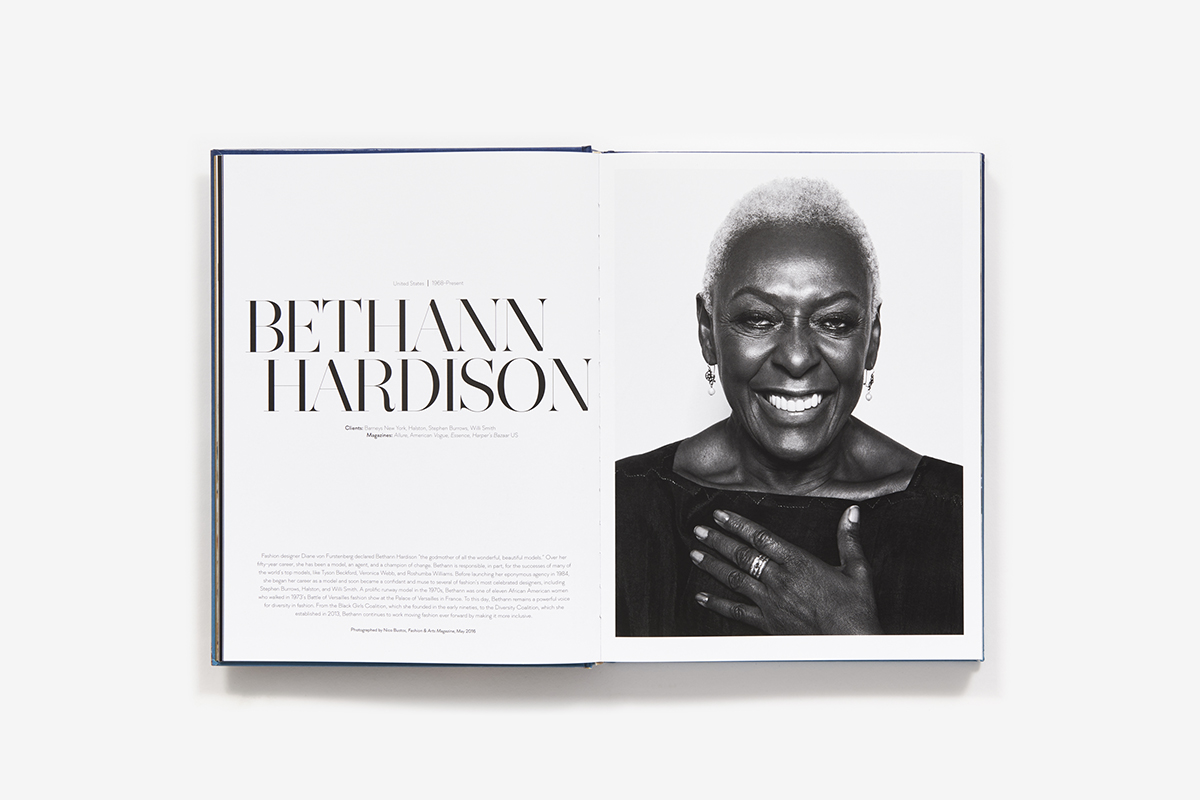 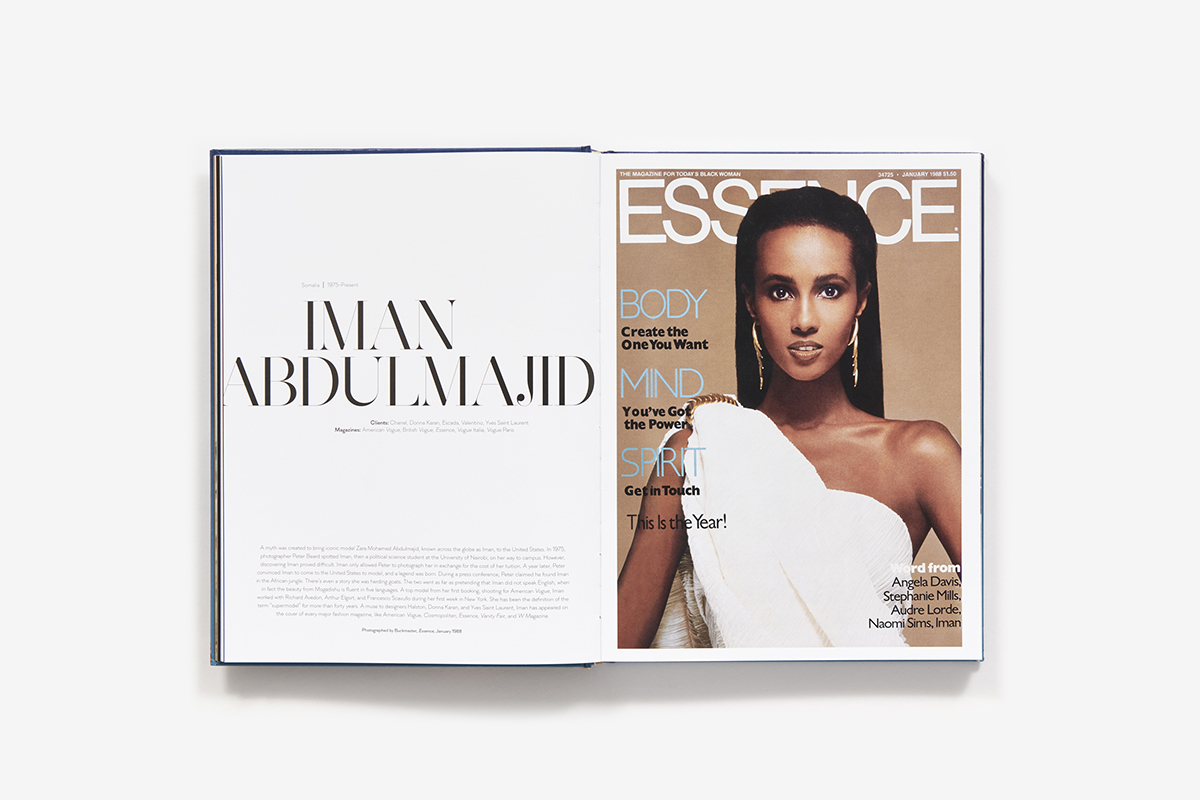 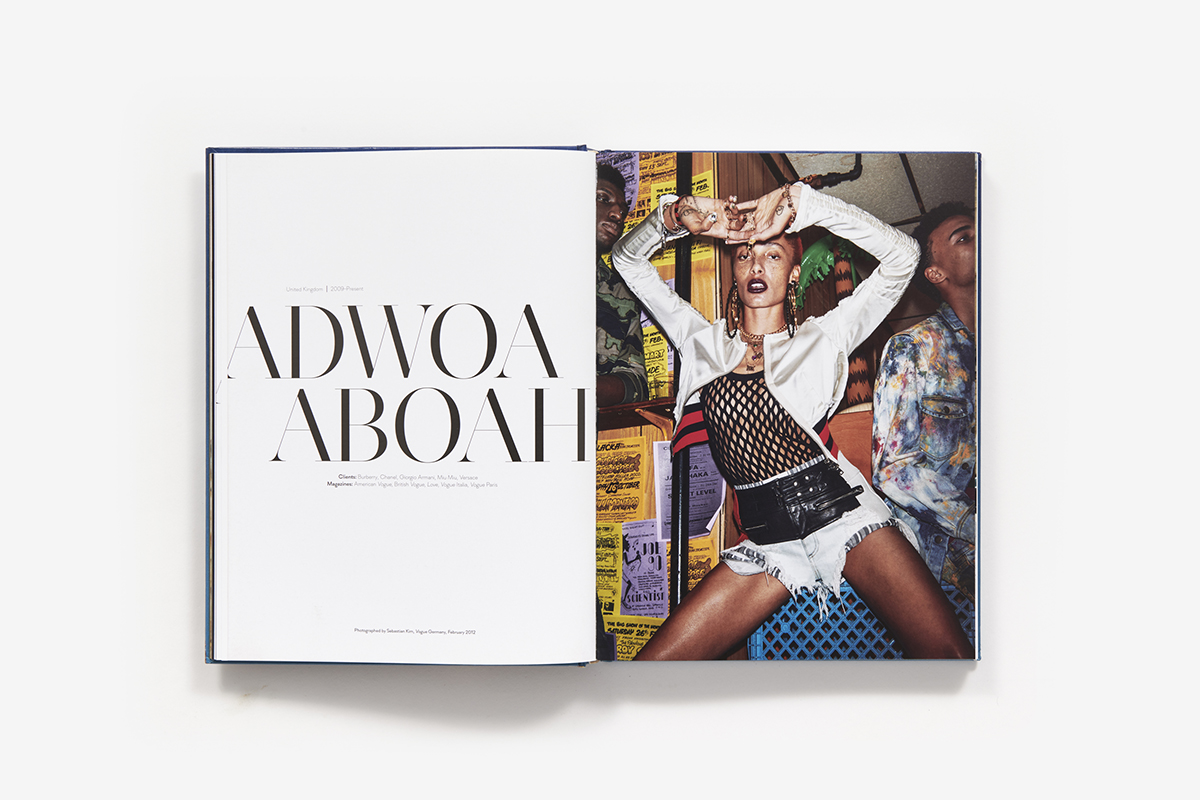 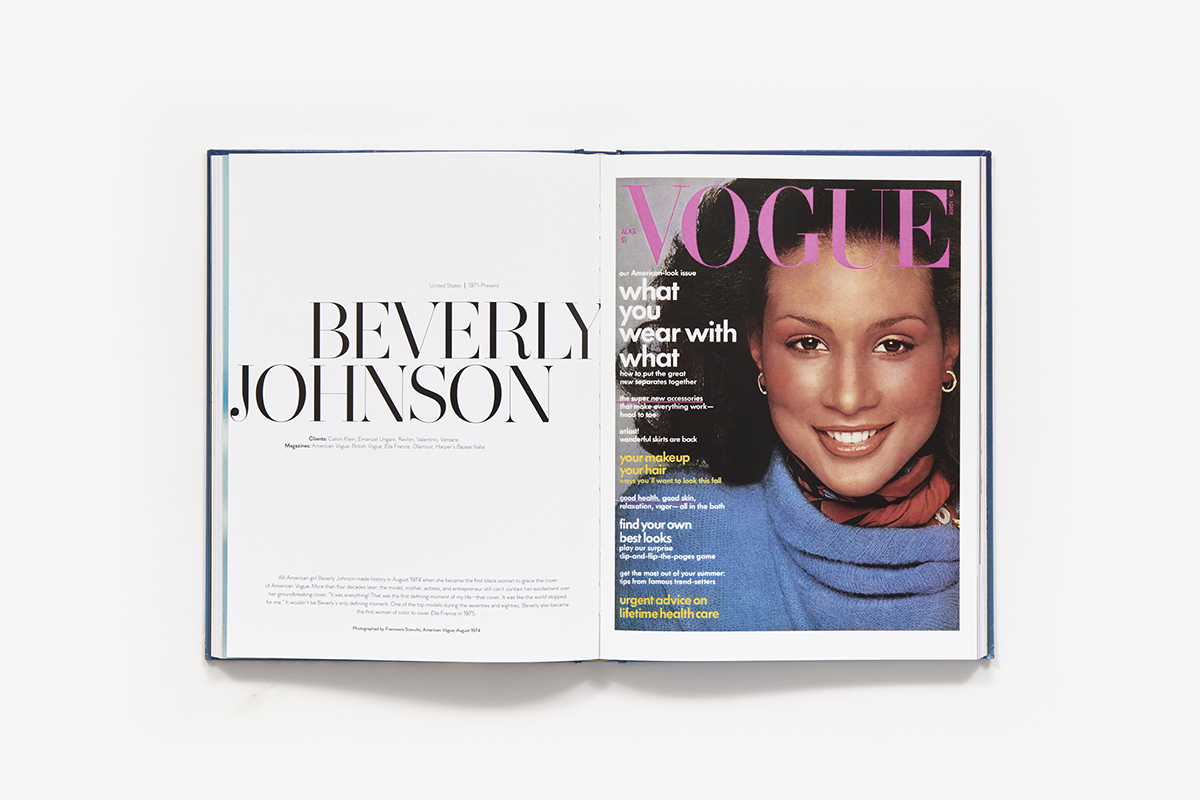 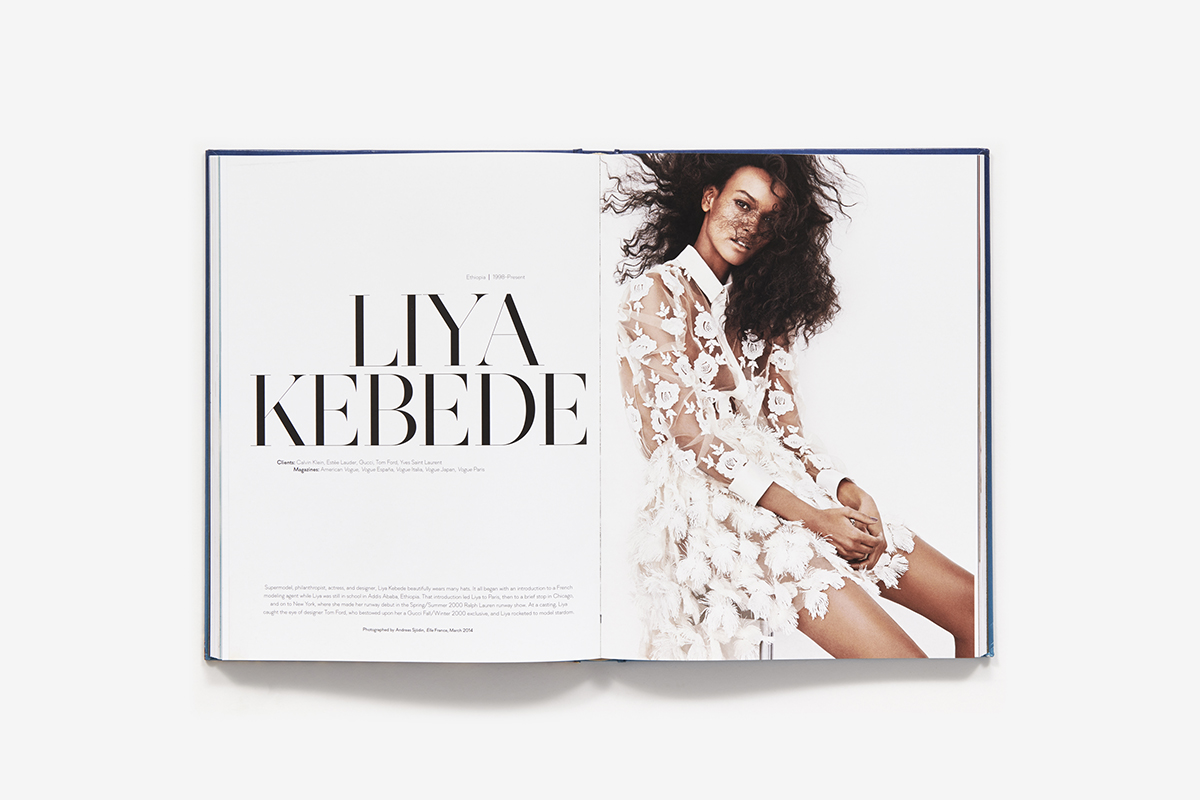 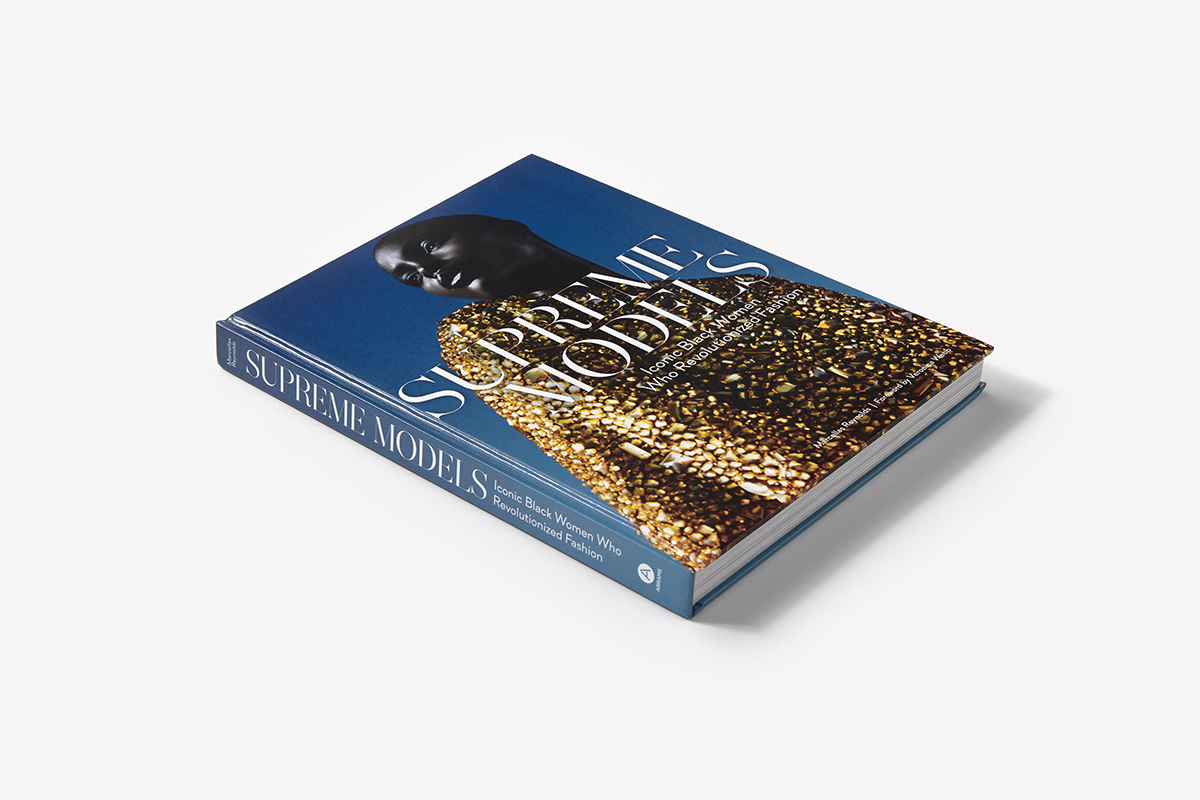 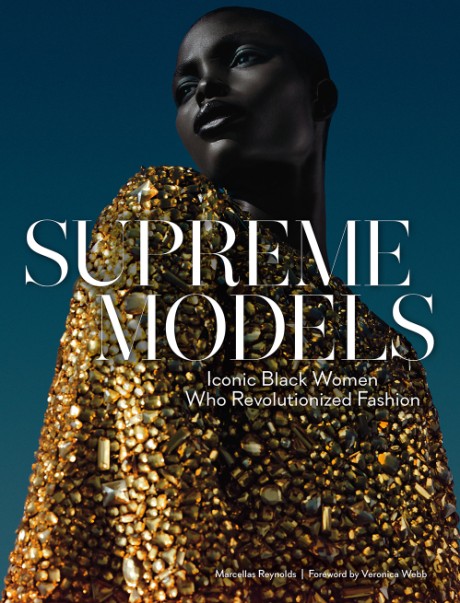 “This coffee-table book is the first-ever collection of works devoted to celebrating black models. Fashion devotees will find glorious images of supers such as Iman, Tyra Banks, Naomi Campbell, Joan Smalls, and Adwoa Aboah alongside interviews and personal essays.” —Vogue

Filled with revealing essays, interviews, and stunning photographs, Supreme Models pays tribute to black models past and present: from the first to be featured in catalogs and on magazine covers, like Iman, Donyale Luna, and Beverly Johnson, to the supermodels who reigned in the nineties—Tyra Banks, Naomi Campbell, and Veronica Webb.

The book also observes the newest generation of models—Adut Akech, Jourdan Dunn, and Joan Smalls—who are shaking up the fashion industry by speaking out about racial prejudice while becoming social media sensations.

Written by celebrity fashion stylist and journalist Marcellas Reynolds, Supreme Models features more than 70 women from the last 75 years. Reynolds writes, “I hope that everyone who reads this book learns something about the models included within—and more about the business of fashion and modeling. But what I want most is for Supreme Models to be a source for the little boys, or girls, who like my childhood self, need to see themselves represented in a positive light.”

The book, filled with gorgeous photographs of the women, details their most memorable campaigns, covers, editorials, and runway shows. Black models have been influencing fashion and pop culture for decades, reshaping beauty standards and boundaries. Supreme Models is a celebration of their monumental impact.

"Supreme Models: Iconic Black Women Who Revolutionized Fashion...will mark another day in the history of black fashion as these revered black models finally get a book solely of their own."
As If Magazine —

“[Supreme Models]…takes readers on a visual and educational tour of statuesque women of color who broke social norms to grace covers of the creme de la creme of fashion magazines and changed the way black women are perceived in the modeling/fashion industry.”
Chicago Tribune —

“Supreme Models features photos, essays and magazine covers of fierce black females such as Naomi Campbell, Iman and Veronica Webb. . . . Supreme Models is as historical as it is visual. From the first black supermodel to the first black model on the covers of Glamour and Life magazines, the women featured exhibit true model behavior.”
GMA online —

"Considering that famous black models are still being misidentified in photos, this tribute to black models from the past 60 years couldn’t come sooner."
The New York Times —

"Supreme Models is a tribute to these models’ careers through a dazzling compilation of magazine covers, ad campaigns, runway shows, and editorial shoots."
Fortune magazine —

“The history of racism and exclusionary politics in fashion needs more corrective tomes like this stupendous, definitive survey of 75 years of Black modelling history.”

The Globe and Mail —

Marcellas Reynolds is a celebrity stylist, former model, and entertainment reporter. He lives in Los Angeles.