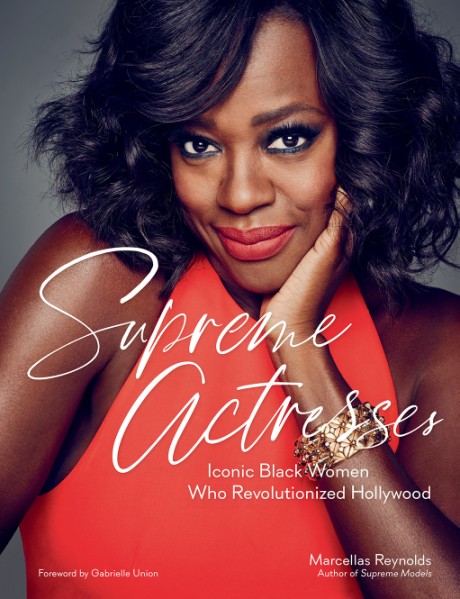 A comprehensive collection of photographs, interviews, and profiles of the most influential Black actresses who have worked in film, television, and theater

From the author of Supreme Models comes the first-ever art book dedicated to celebrating Black actresses and exploring their experiences in acting. Through stunning photographs, personal interviews, short biographies, and career milestones, Supreme Actresses chronicles the most influential Black actresses who have worked in film, television, and theater. From Hattie McDaniel, the first actress of color to win an Academy Award for Best Supporting Actress in 1939, to Dorothy Dandridge, the first actress of color to be nominated for Best Actress at the Academy Awards in 1954. And from Ethel Waters, the first African American actress to be featured on an American sitcom in 1950, to Cicely Tyson, the first African American star of a TV drama in 1963. The performances by these talented actresses are ingrained into our memories. We experienced laughter, love, and loss with these women. But how did they begin their acting careers? Who were the first Black actresses who paved the way? What are their defining moments? What effects did racial prejudice have on their careers? Supreme Actresses remembers and celebrates the groundbreaking women who have been influencing culture for decades, reshaping the very standards of beauty in modern society.

Marcellas Reynolds is a celebrity stylist, former model, and entertainment reporter whose work has appeared in Cosmopolitan, Elle, British GQ, InStyle, British Vogue, and more. He makes regular appearances as a fashion pundit on ABC, BET, CBS, CNN, E!, NBC, and the UK’s ITV. Working extensively as a host for E! networks worldwide, Reynolds has appeared on some of their highest-rated series, including E! Live from the Red Carpet and Secrets of New York Fashion Week. He is also the author of Supreme Models. Reynolds lives in Los Angeles.