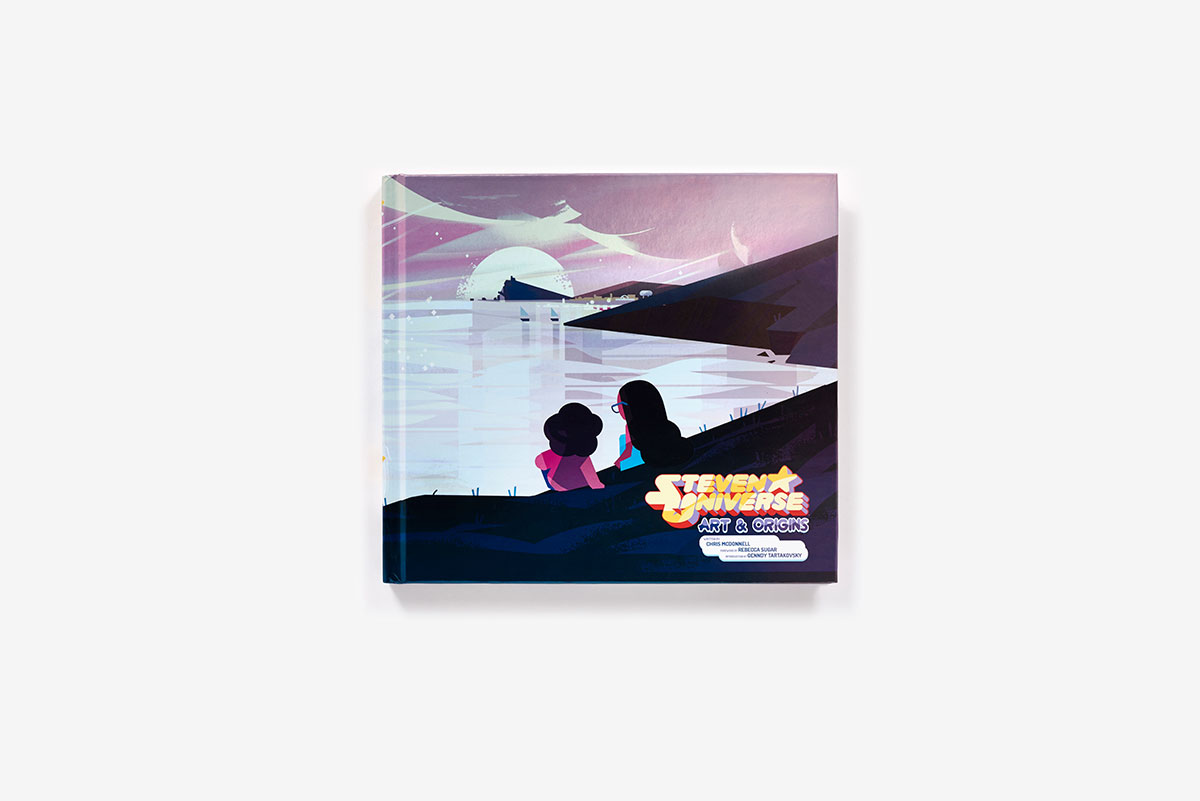 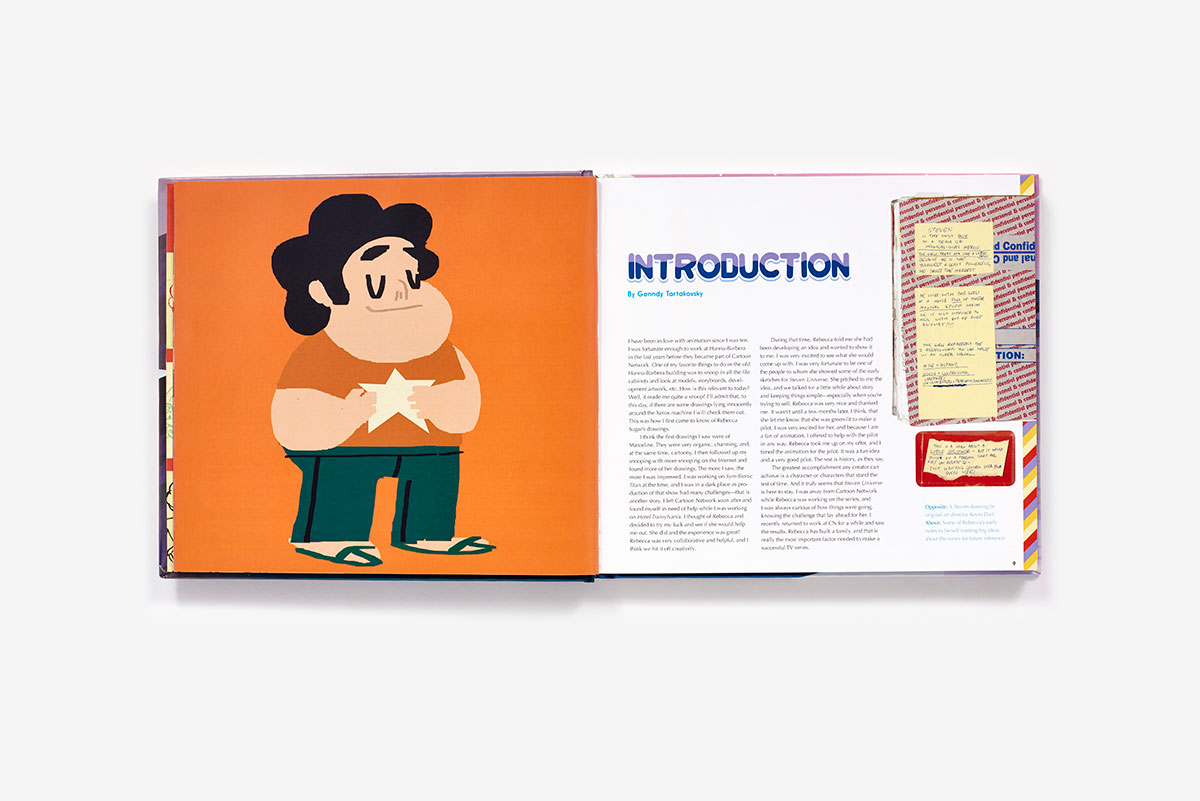 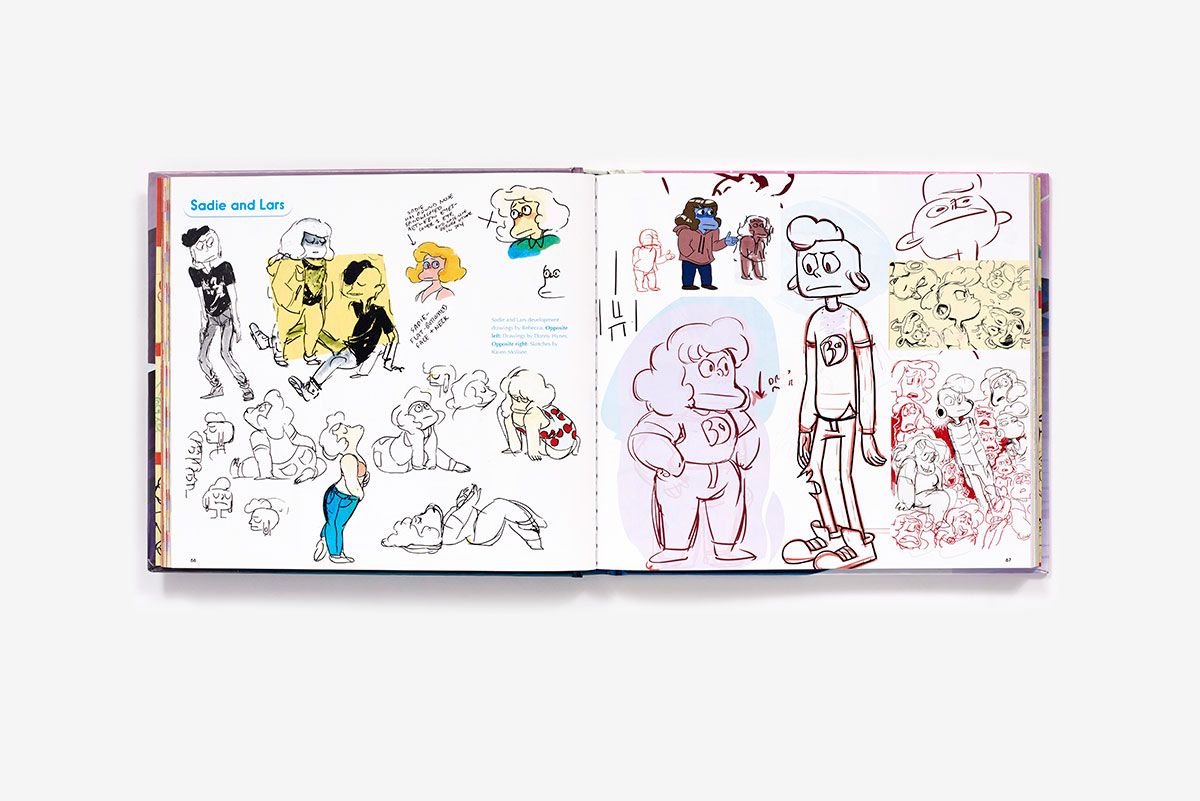 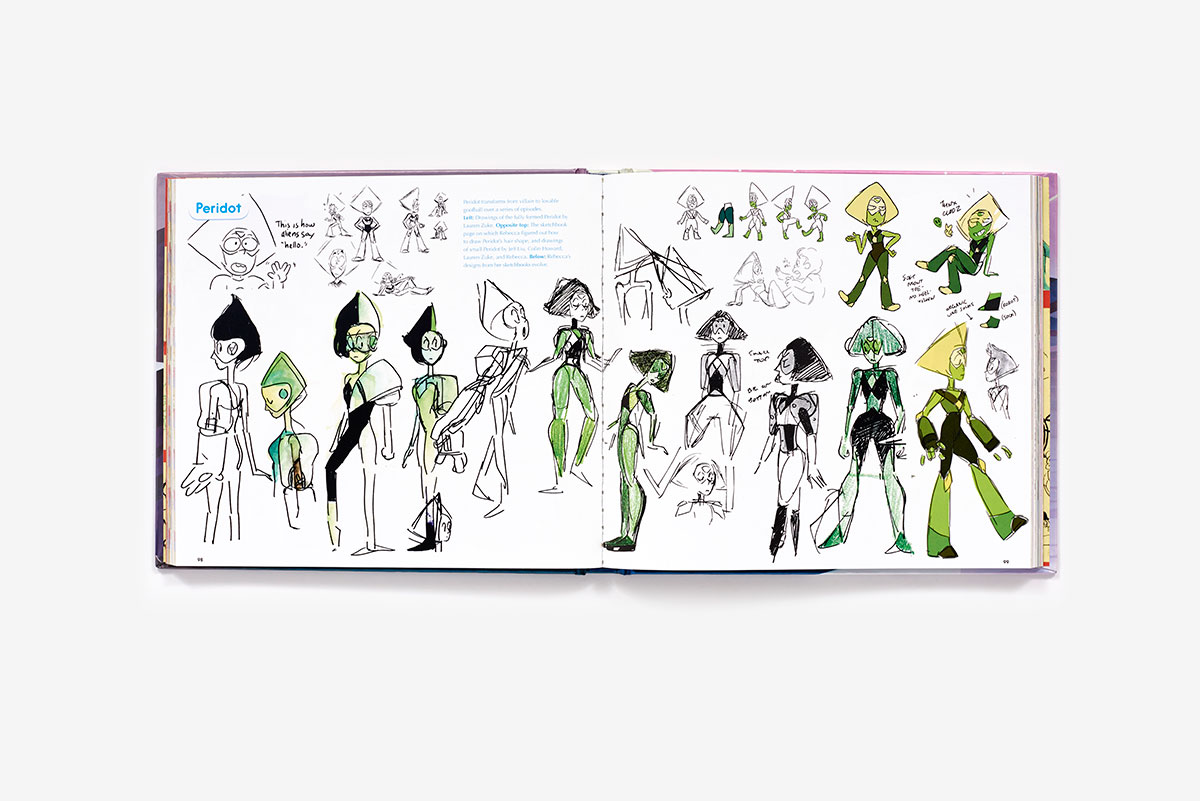 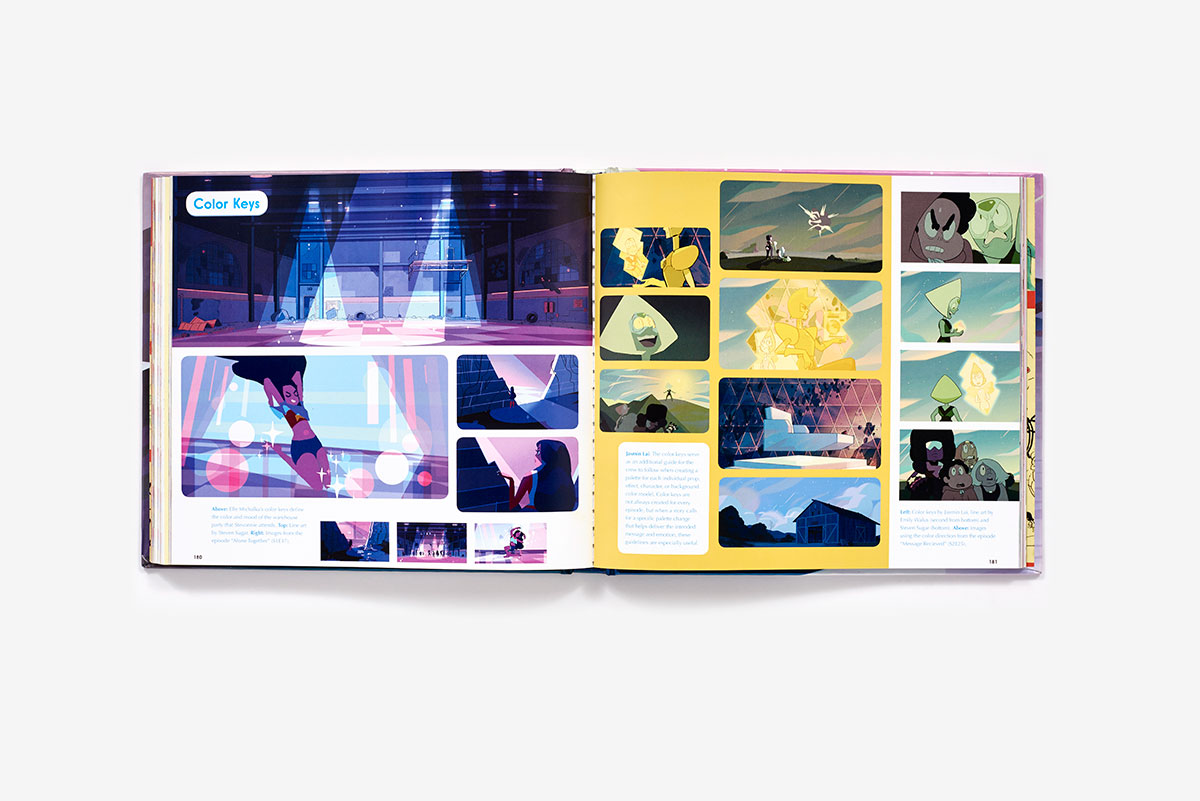 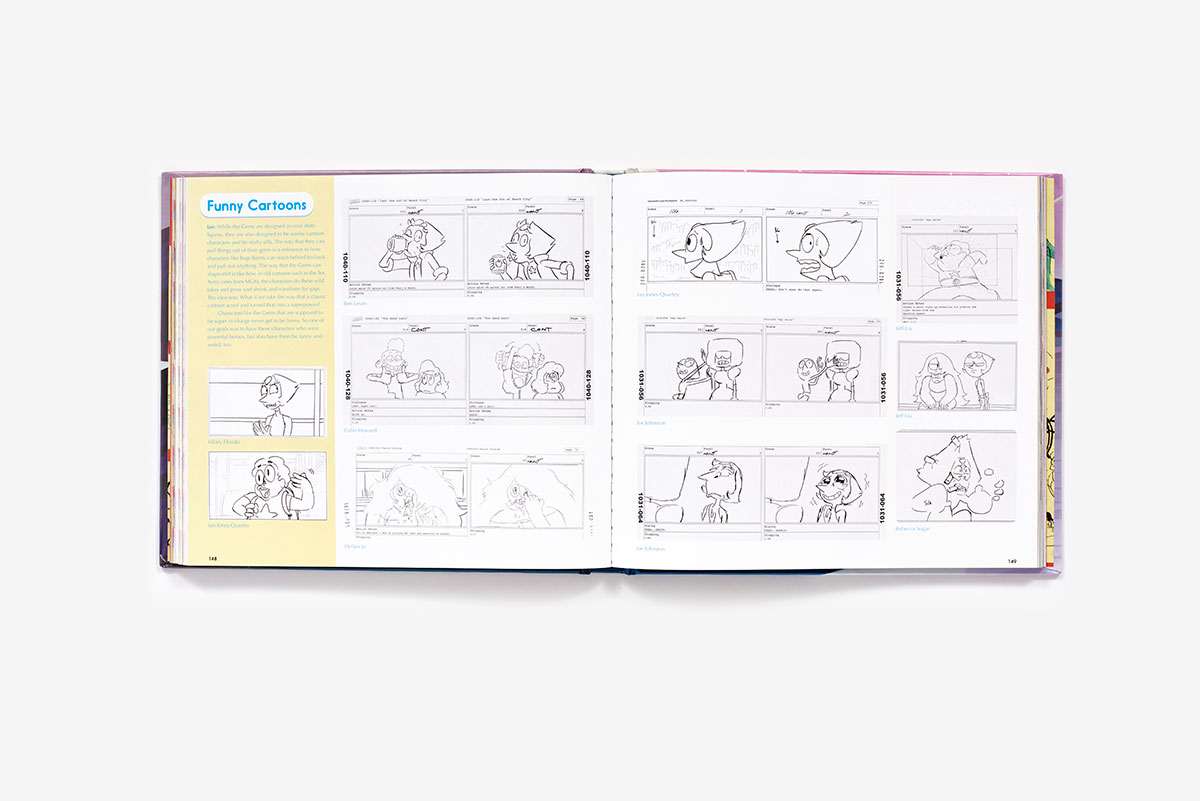 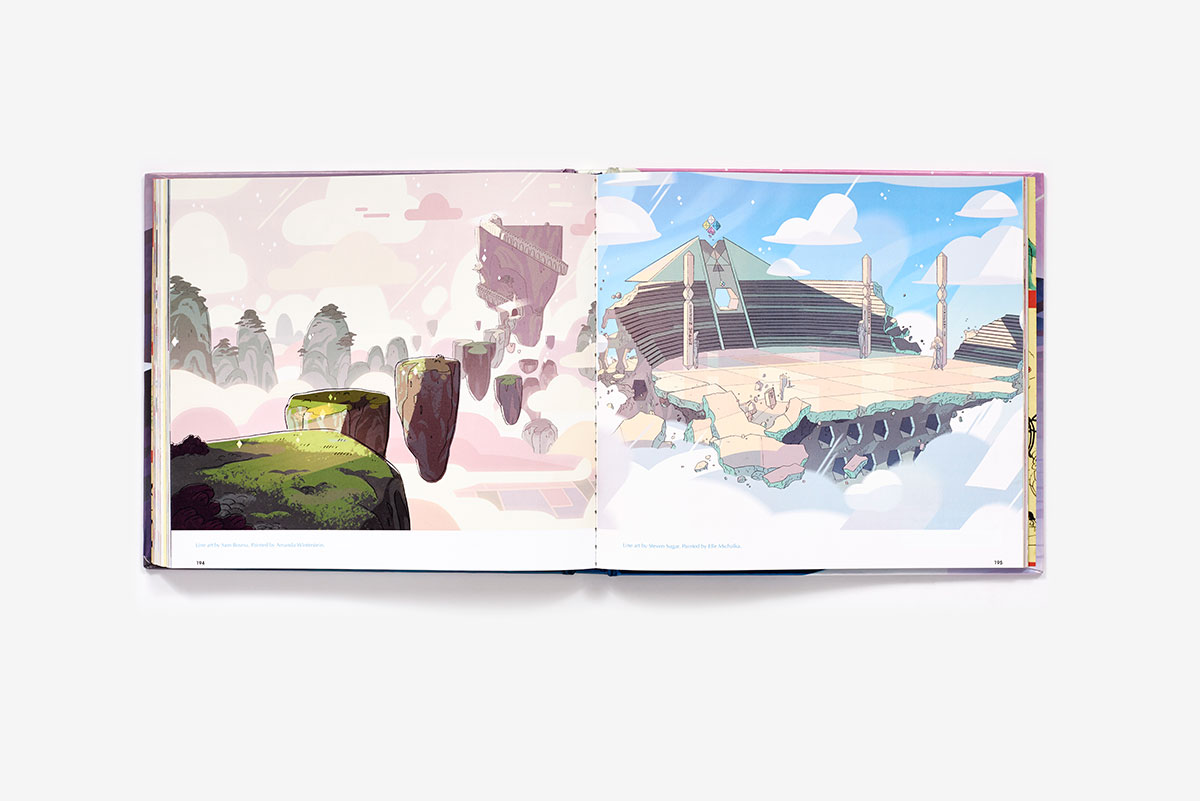 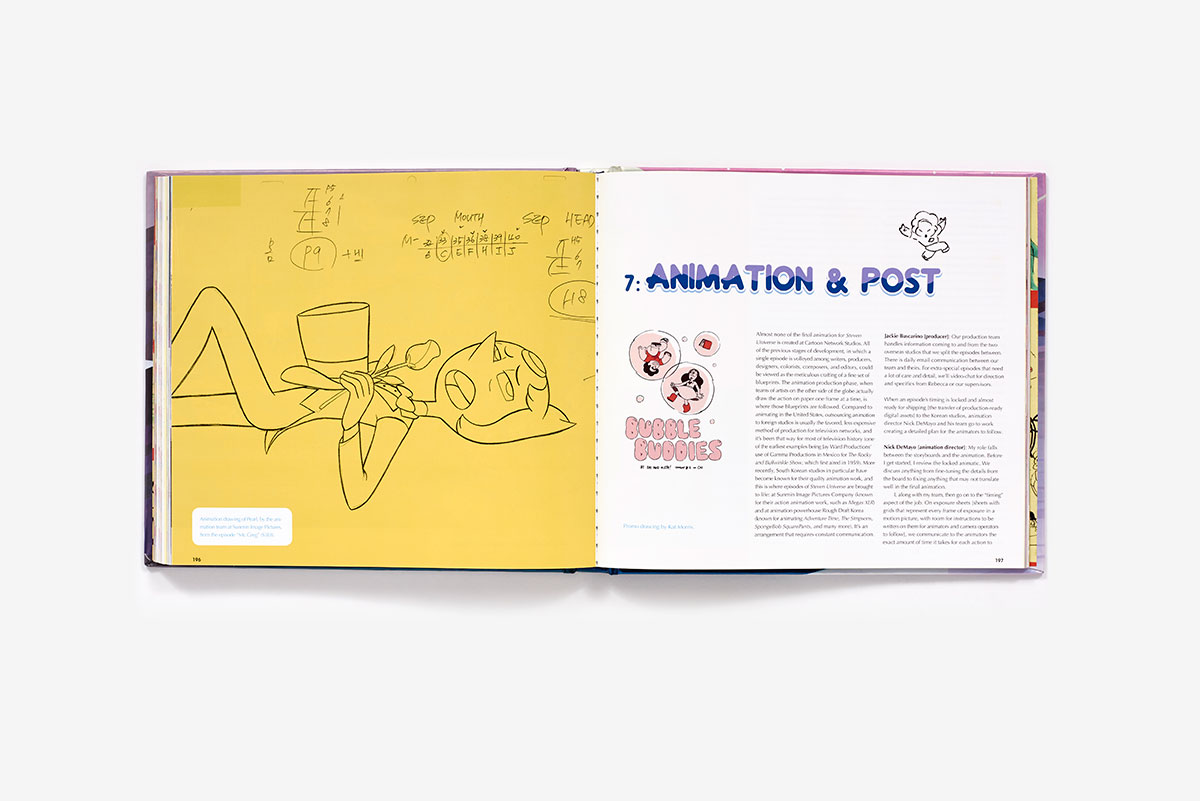 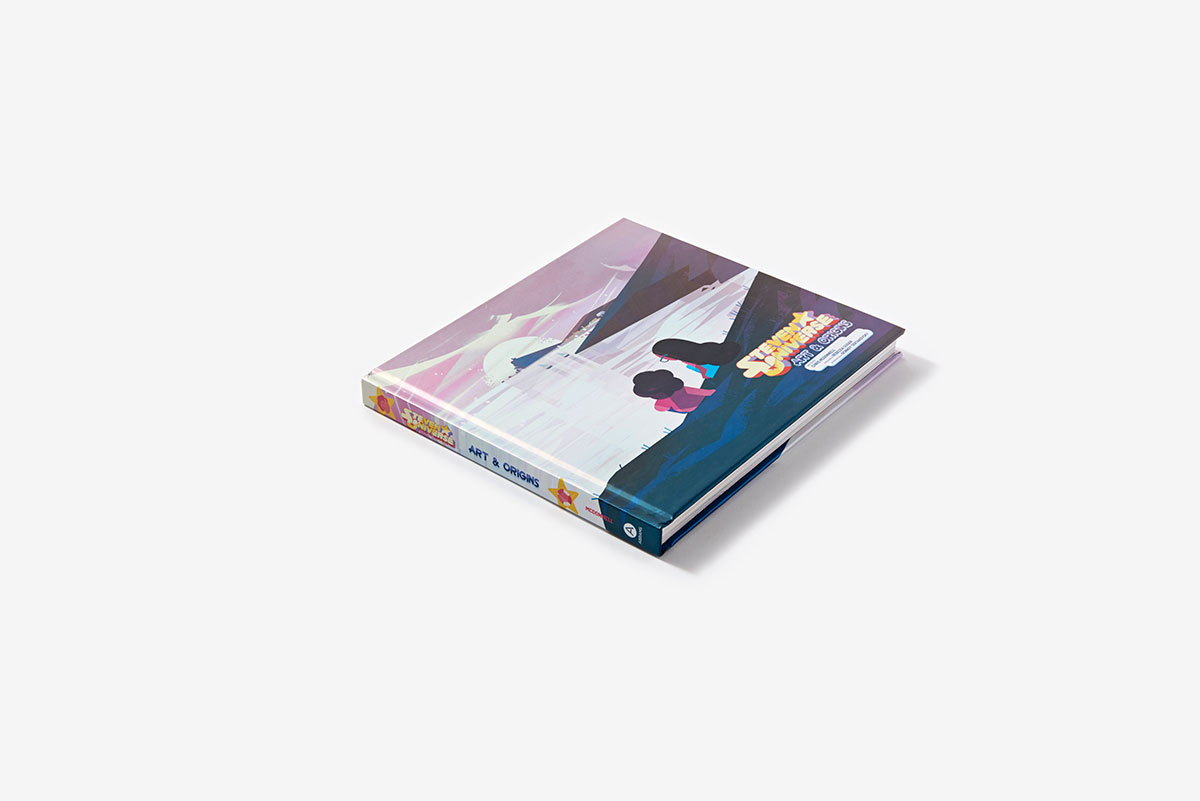 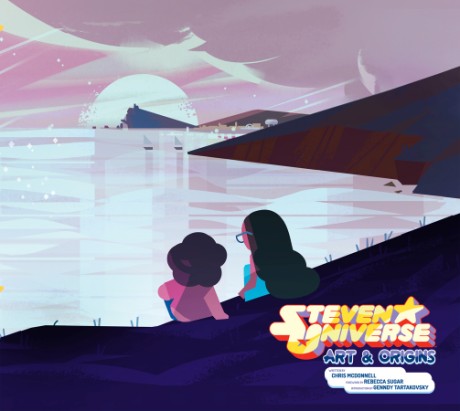 Steven Universe: Art & Origins is the first book to take fans behind the scenes of the groundbreaking and boundlessly creative Emmy Award-winning Cartoon Network animated series Steven Universe. The eponymous Steven is a boy who—alongside his mentors, the Crystal Gems (Garnet, Amethyst, and Pearl)—must learn to use his inherited powers to protect his home, Beach City, from the forces of evil. Bursting with concept art, production samples, early sketches, storyboards, and exclusive commentary, this lavishly illustrated companion book offers a meticulous written and visual history of the show, as well as an all-access tour of the creative team’s process. Steven Universe: Art & Origins reveals how creator Rebecca Sugar, the writers, the animators, and the voice actors work in tandem to bring this adventure-packed television series to life.

"…infused with love for one’s family and inclusiveness and is bolstered by a bevy of musical gems thanks to creator Rebecca Sugar.”
Paste Magazine, Michael Burgin —

“It’s a gem of a book that will enthrall fans...”
Advocate Magazine —

Chris McDonnell is the author and designer of The Art of Invader Zim, Steven Universe: End of an Era, Adventure Time: The Art of Ooo, and BoJack Horseman: The Art Before the Horse. He has designed books on Ralph Bakshi, Bill Plympton, the Joker, Wonder Woman, and many more. He is also a contributor to the Cartoon Brew animation blog. He creates animation for television programs that have included Tim and Eric Awesome Show, Great Job! (Adult Swim), Portlandia (IFC), Comedy Bang! Bang! (IFC), and Yo Gabba Gabba! (Nickelodeon). He lives in Philadelphia, Pennsylvania.