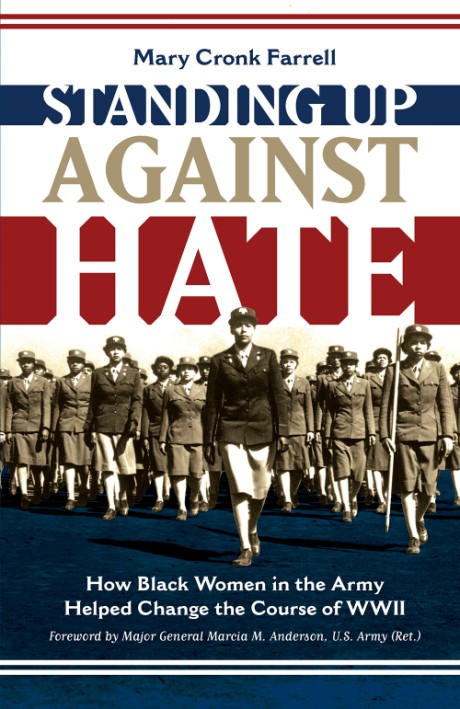 Standing Up Against Hate tells the stories of the African American women who enlisted in the newly formed Women’s Army Auxiliary Corps (WAAC) in World War II. They quickly discovered that they faced as many obstacles in the armed forces as they did in everyday life. However, they refused to back down. They interrupted careers and left family, friends, and loved ones to venture into unknown and sometimes dangerous territory. They survived racial prejudice and discrimination with dignity, succeeded in jobs women had never worked before, and made crucial contributions to the military war effort. The book centers around Charity Adams, who commanded the only black WAAC battalion sent overseas and became the highest ranking African American woman in the military by the end of the war. Along with Adams’s story are those of other black women who played a crucial role in integrating the armed forces. Their tales are both inspiring and heart-wrenching. The book includes a timeline, bibliography, and index.

"Farrell brings in the voices of the women, which provides clarity and understanding of what they experienced. She also highlights the role of black newspapers in keeping the community informed about the difficulties they often faced. The text is richly supported with archival photographs. The importance of this story is amplified by the inspiring foreword by Maj. Gen. Marcia M. Anderson, Army (Ret.), who makes a direct link between the determined struggles of those described and the achievements of African American women in today's U.S. military. The stories in this valuable volume are well worth knowing."
— Kirkus Reviews

**STARRED REVIEW**
"The text is accessible for middle school and high school historians who are intrigued by institutional racism or women in the military for research. It profiles milestones in the 6888th’s preparation and deployment, providing a well-researched understanding of the time period for black women in the military. The book is a gem."
— School Library Connection

"Farrell explores the degradations suffered and resistance mounted by Black WAACs and WACs (when the corps became part of the Army) and follows the experiences of the 6888th Battalion . . . Readers familiar with Sheinkin’s Port Chicago 50 will be fascinated."
— The Bulletin of the Center for Children's Books

"An adventurous ride through the history of black women pioneers."
— Booklist

Mary C. Farrell is an award-winning journalist and the author of Fannie Never Flinched and Pure Grit. She lives in Spokane, Washington.