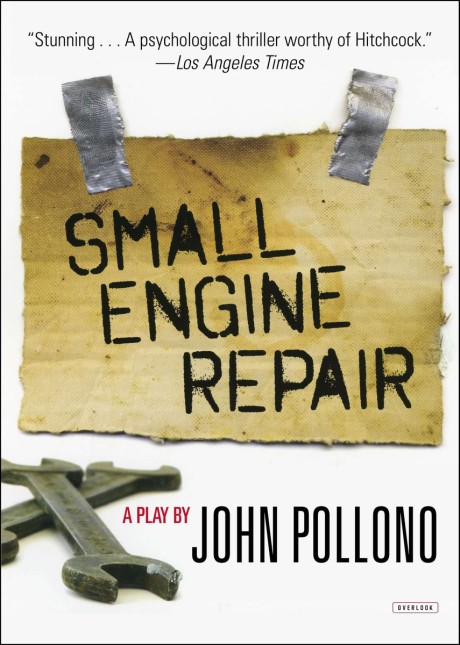 As Frank breaks out the good scotch, he kicks into motion an evening that abruptly accelerates from macho posturing and grievance airing to reveal a shocking, darker purpose: Enter Chad, a preppy college jock whose arrival—to sell the townies some ecstasy, he thinks—sets this taut, twisty comic thriller on its breathless course. Upon its world premiere at Los Angeles's Rogue Machine Theatre, Small Engine Repair  swept every major Los Angeles theatre award including Los Angeles Drama Critic Circle Awards for Best New Production and Best Writing, and won rave reviews upon its 2013 Off-Broadway premiere at MCC/Lucille Lortel.