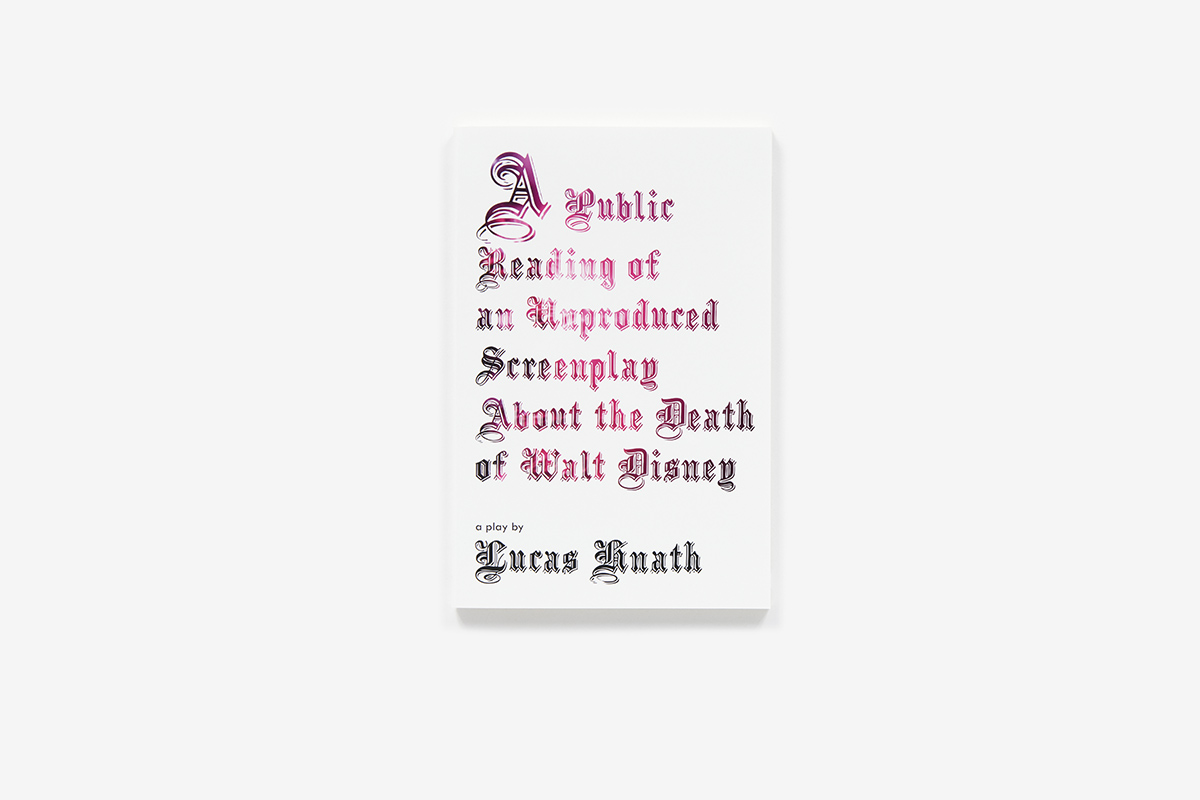 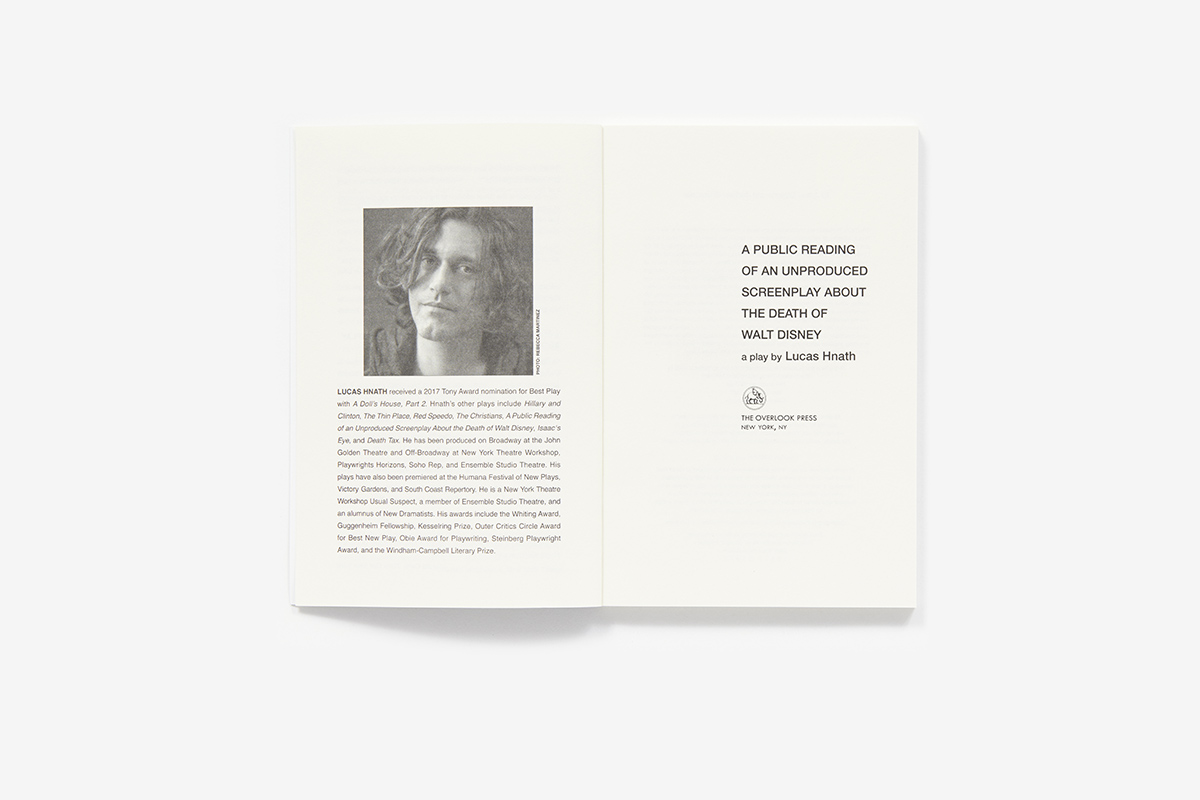 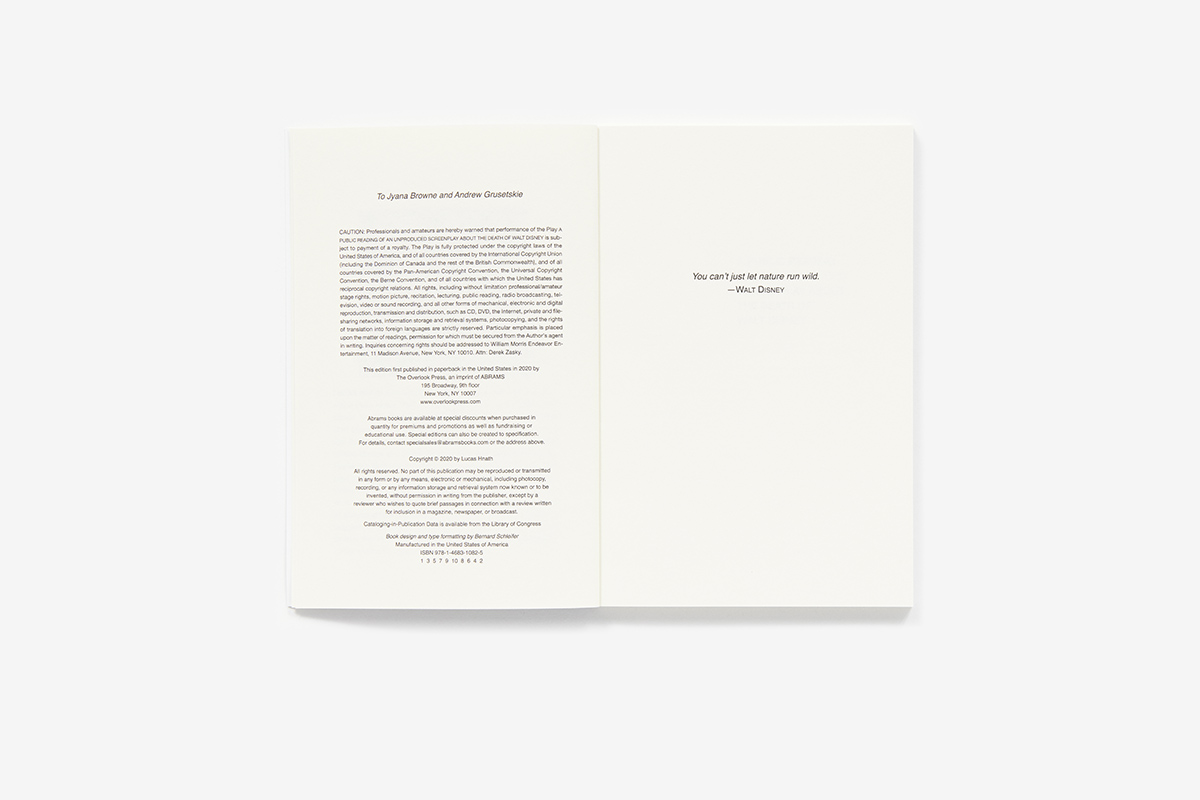 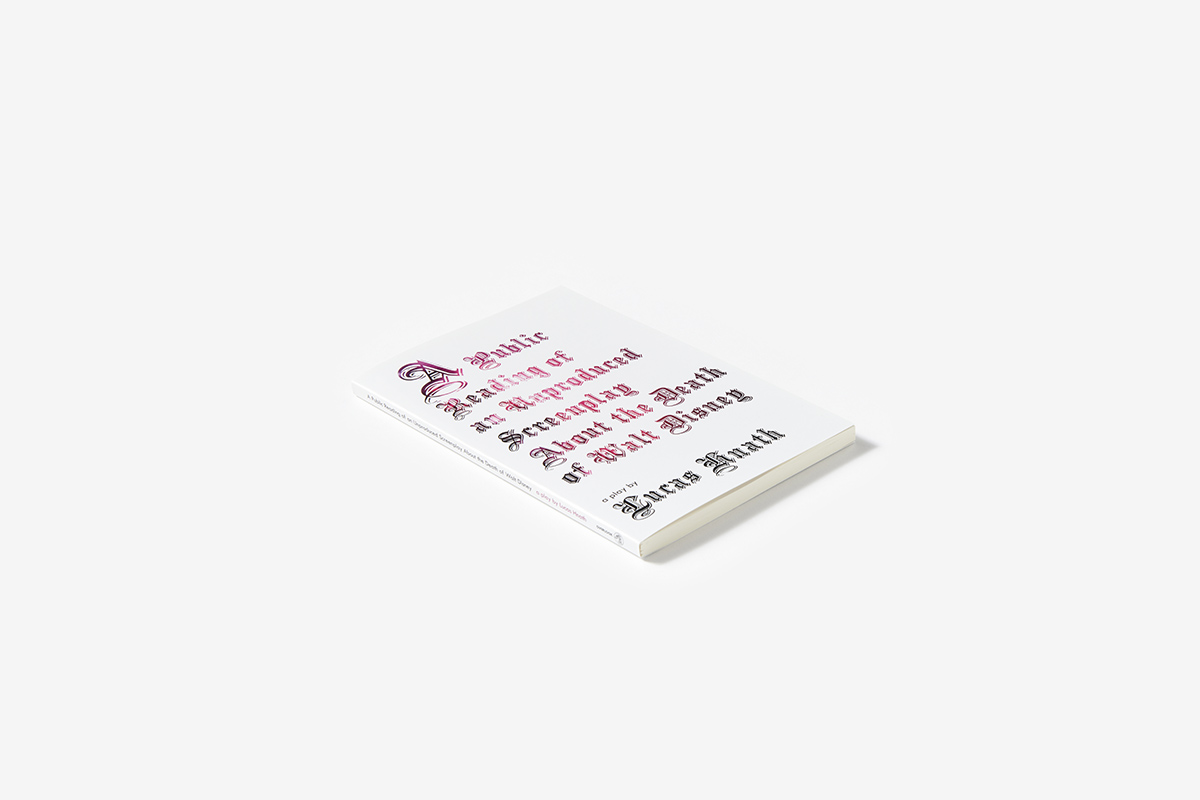 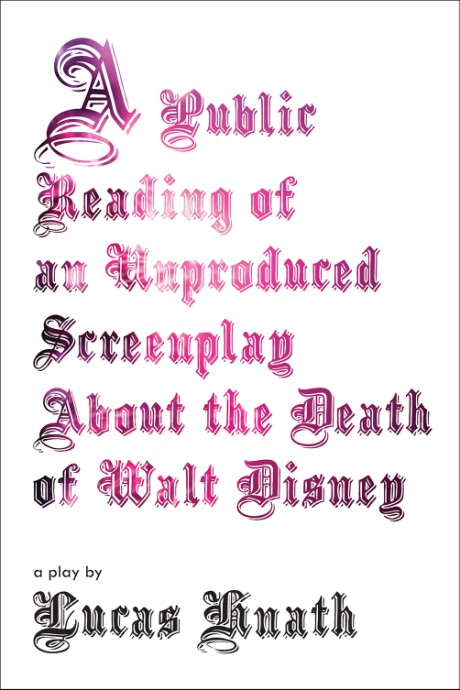 Lucas Hnath's darkly clever A Public Reading of an Unproduced Screenplay About the Death of Walt Disney centers on the reading, in a generic corporate conference room, of a stylized screenplay written by the great man himself, in the ultimate act of self-mythologizing. It's being read by the people it's about—Walt himself, his brother/henchman Roy, and Walt's resentful daughter and her ex-jock husband.It's about Walt's last days on earth. It's about a city he's going to build that's going to change the world. And it's about his brother. It's about everyone who loves him, and how sad they're going to be when he's gone. Can Walt control the future from the grave? Why does his daughter hate him so much? Were thousands of lemmings harmed in the making of a famous Disney nature film? Stay tuned . . .

Lucas Hnath is a resident playwright at New Dramatists and his plays have been produced or developed at Actors Theatre of Louisville, The Culture Project, Ontological-Hysteric Theatre, Ensemble Studio Theatre, and Raddlestick Playwrights Theatre, among others. His play A Doll’s House, Part 2 premiered on Broadway in 2017 and received eight Tony nominations including “Best Play” and an Outer Critics Circle Award nomination for “Outstanding New Broadway Play.”