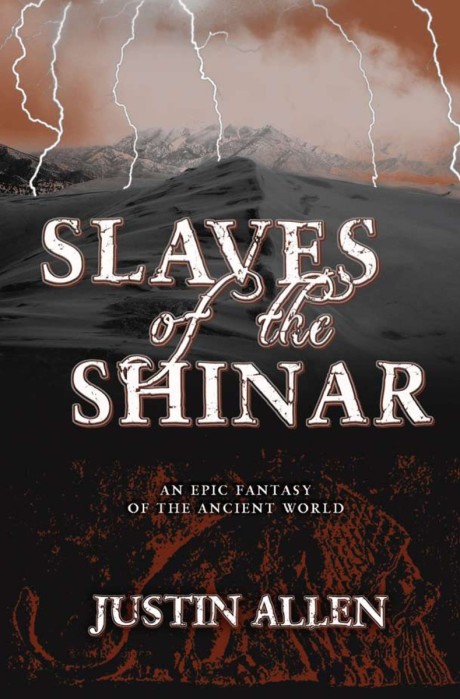 Slaves of the Shinar

The storied land of Shinar can be both brutal and forgiving. For two men making their way under its harsh sun, it is a land of fate, blood, and strife. Uruk is a nomadic thief from the jungles of sub-Saharan Africa braving the hard walk across the desert. His destination is nothing less than the fabled city of Ur, its temples swollen with riches. Ander is a slave, and has been since youth. But when a chance at freedom presents itself, he strikes, vowing to destroy his captors by whatever means necessary. As these two men navigate the world they share—an ancient world, which first-time author Justin Allen has painstakingly researched—their stories converge in a tale of destiny, triumph, and death. Set against the chaotic and bloody backdrop of the Middle East's first great war, this fantasy epic—part Homer, part Tolkien, part R. Scott Bakker—brings us into a gritty, realistic world where destiny is foretold by gods, and death is never more than a sword-stroke away.