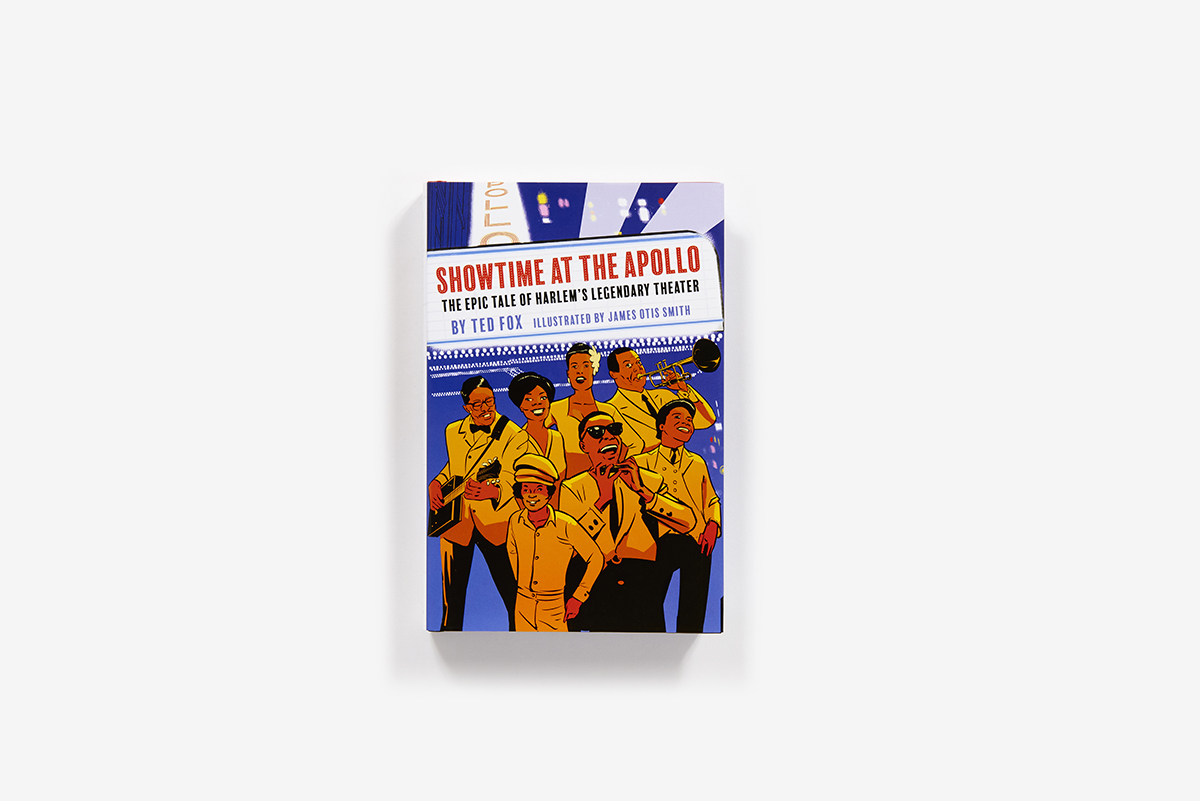 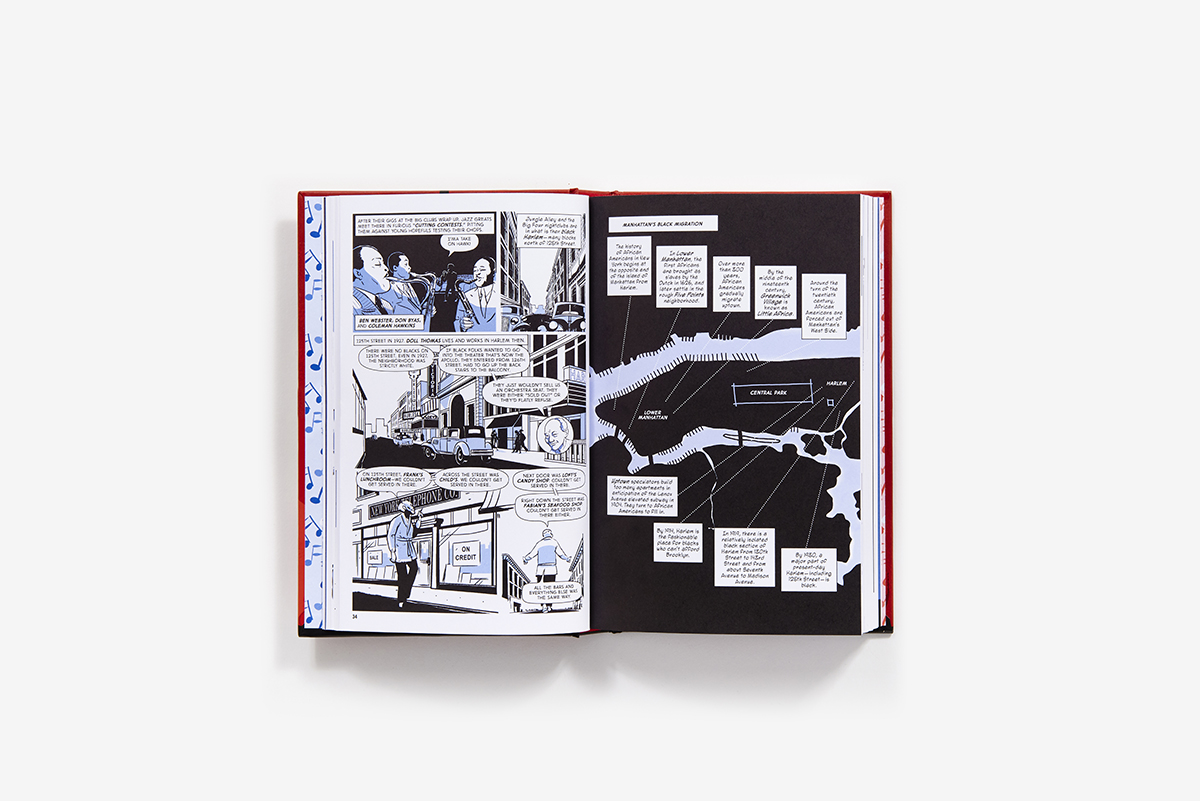 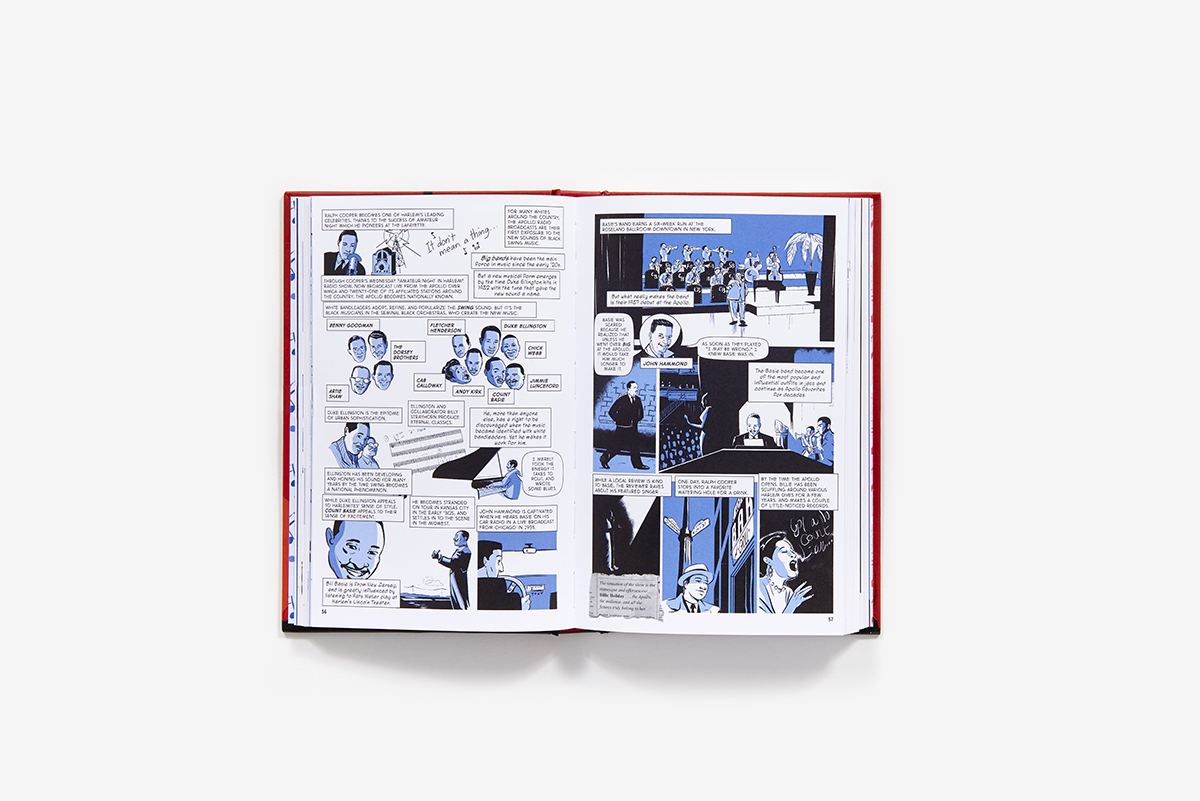 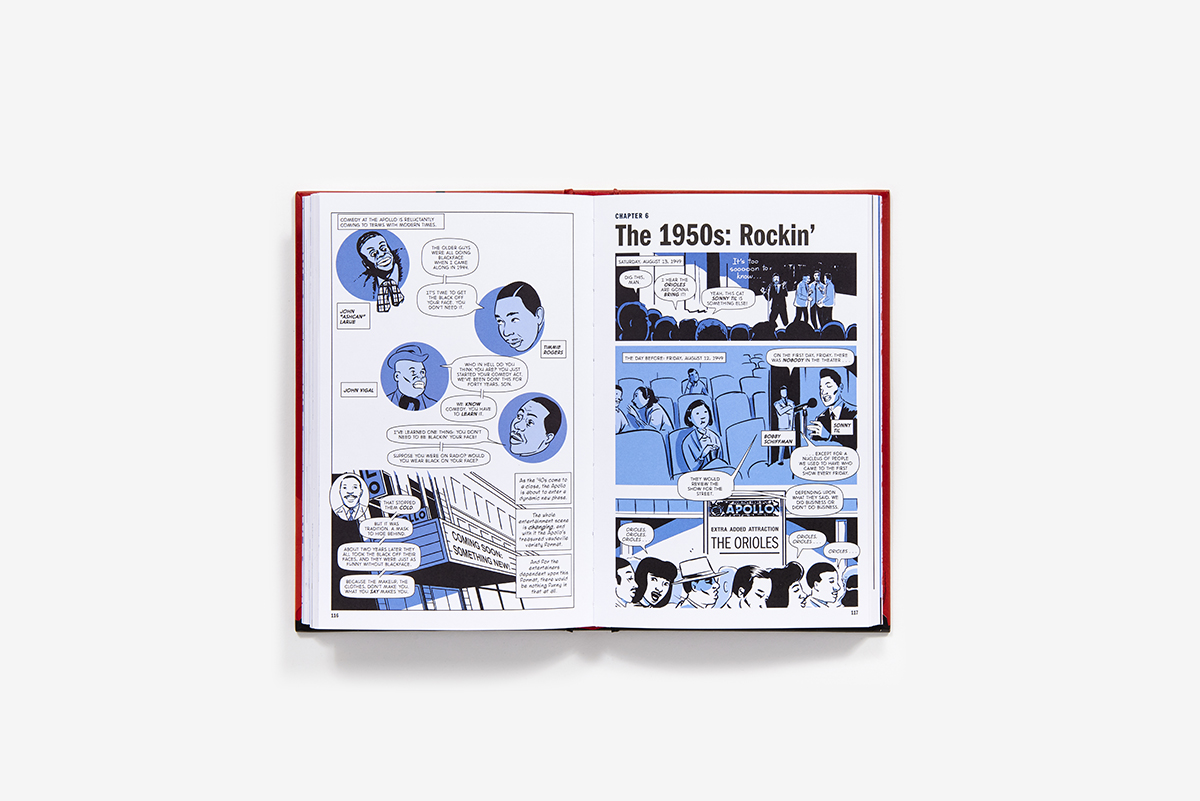 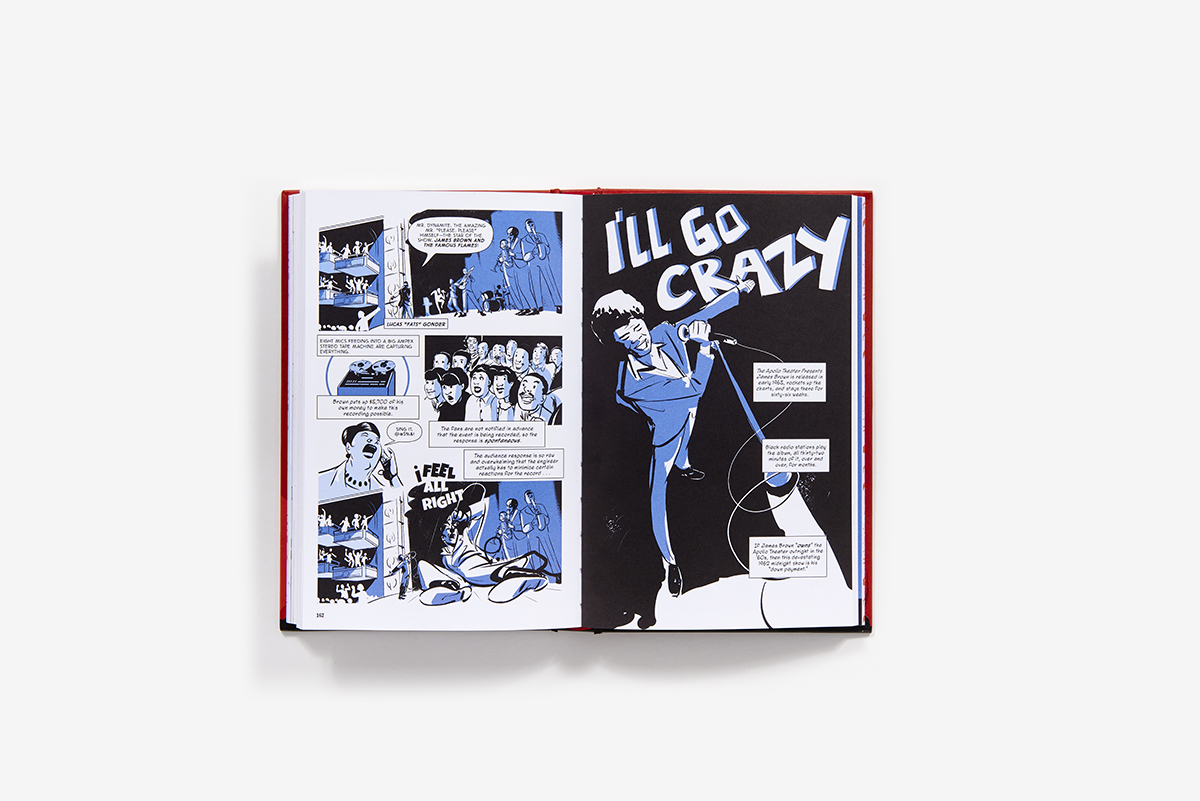 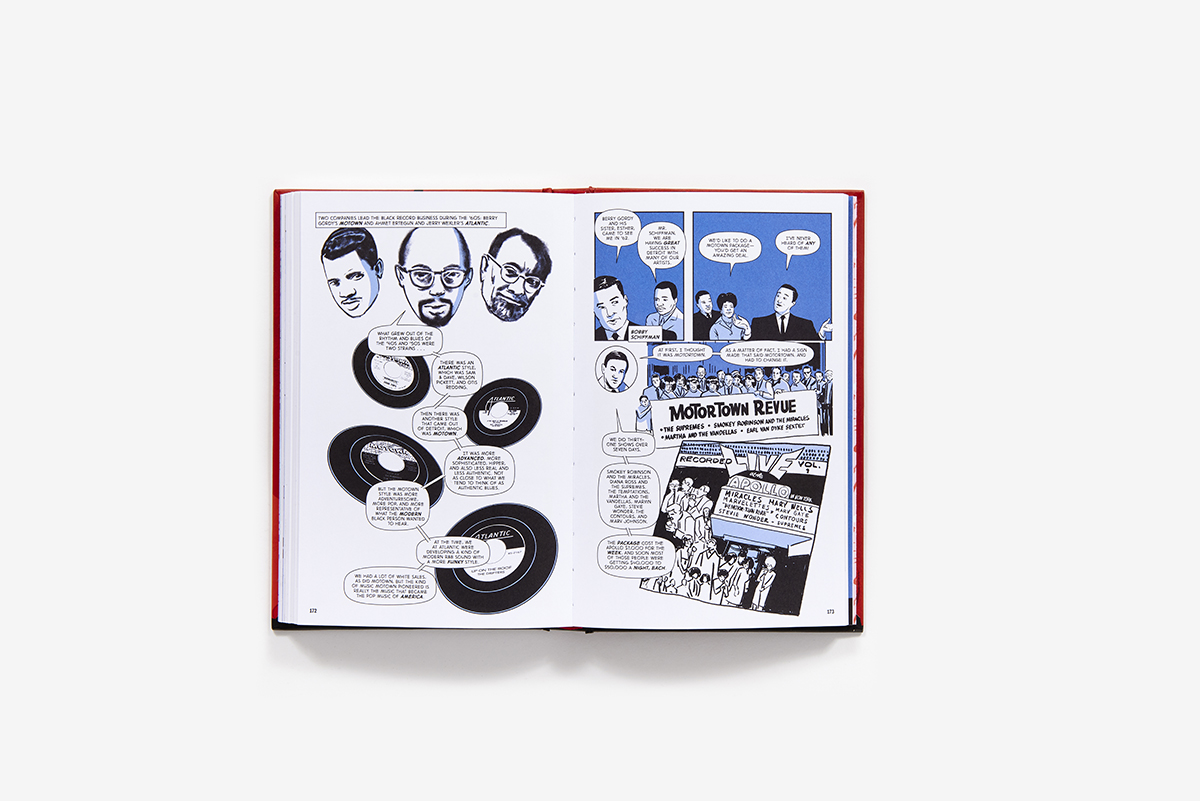 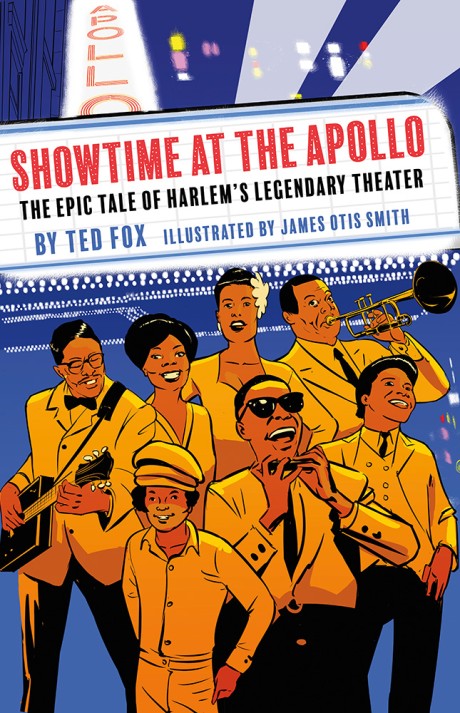 "This graphic treatment adds a new dimension to a music book that was already hailed as a classic. Most graphic adaptations aim to reach new generations of readers with a work that is flashier but less substantial than the original. This collaboration between Fox (In the Groove: The People Behind the Music, 1986, etc.) and illustrator Smith represents a new experience for readers, one with an immediacy and vitality that text alone might never approach."
Kirkus Reviews - STARRED review —

“The graphic novel “Showtime at the Apollo: The Epic Tale of Harlem’s Legendary Theater” is like a sprawling Hollywood biopic… The book also shines a light on Harlem and black culture in America.”
The New York Times —

"It’s a fizzy, entertaining, jubilant window into a space where so many artists became icons, overcoming hate and ignorance. It’s an essential guide to one of New York City’s greatest cultural institutions."
Entertainment Weekly —

“Anyone interested in African American music and history and pop culture history will find this a captivating read.”
—Library Journal

“This is a vibrant, exultant, and soulful history.”
Publishers Weekly —

“This lively graphic novel traces the theater’s place in rhythm and blues, jazz and hip-hop history and its significance to New York City.”
Variety —

"Showtime not only adapts Fox’s book, originally published in 1983, it expands upon it, bringing the story of the venue up to date, including events as recent as 2018 as it tells the complete story of one of the most iconic venues in the country."
The Hollywood Reporter —

"...even those who are deeply familiar with the Apollo will find some delightful surprises in this evocative fusion of text and images."
The New York Jazz Record —

"...this graphic version is a beautiful, heartfelt, and rich tribute to a musical form, a vital location, and a pure American vision of connecting with the audience in the theater and everywhere else. We can feel the Apollo's heartbeat on every page, and that sensation will make a true believer of even the most jaded reader."
PopMatters —

“Music lovers and history buffs alike will delight in this updated classic, and Smith’s stunning visuals will bring this important and exciting work to a whole new generation of readers.”
Bookish —