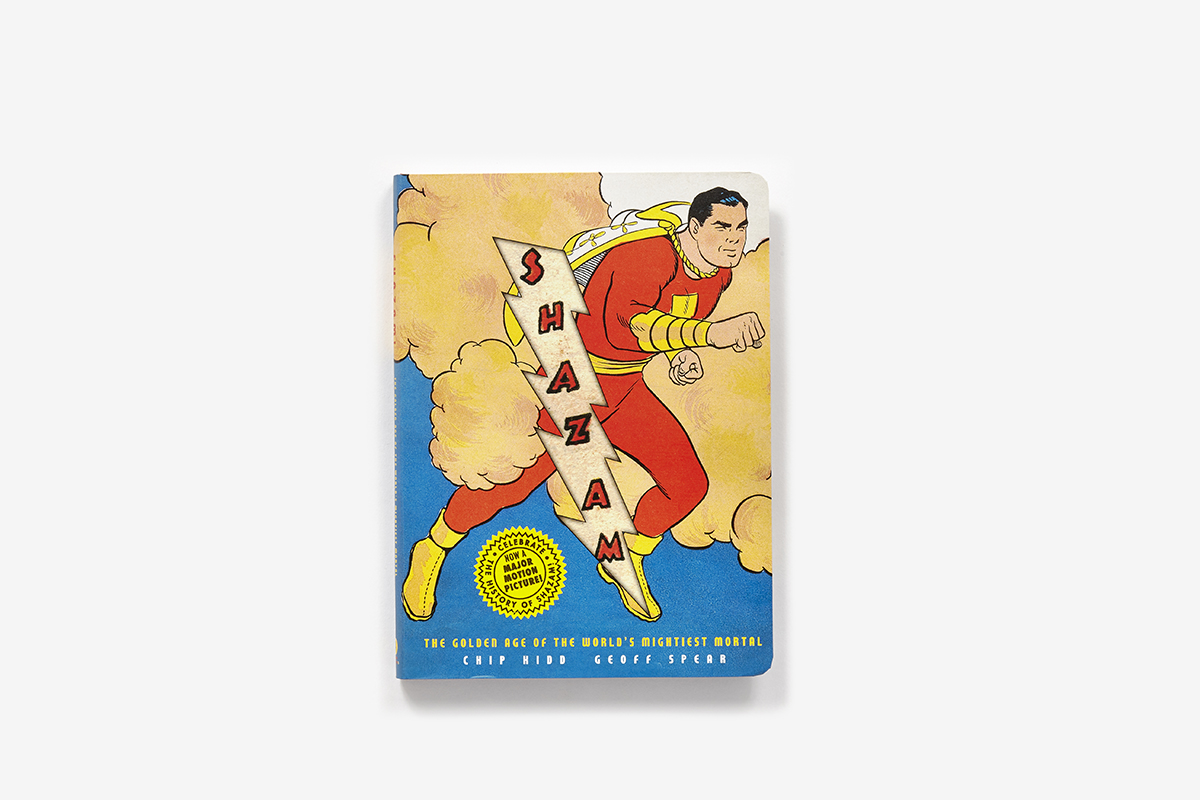 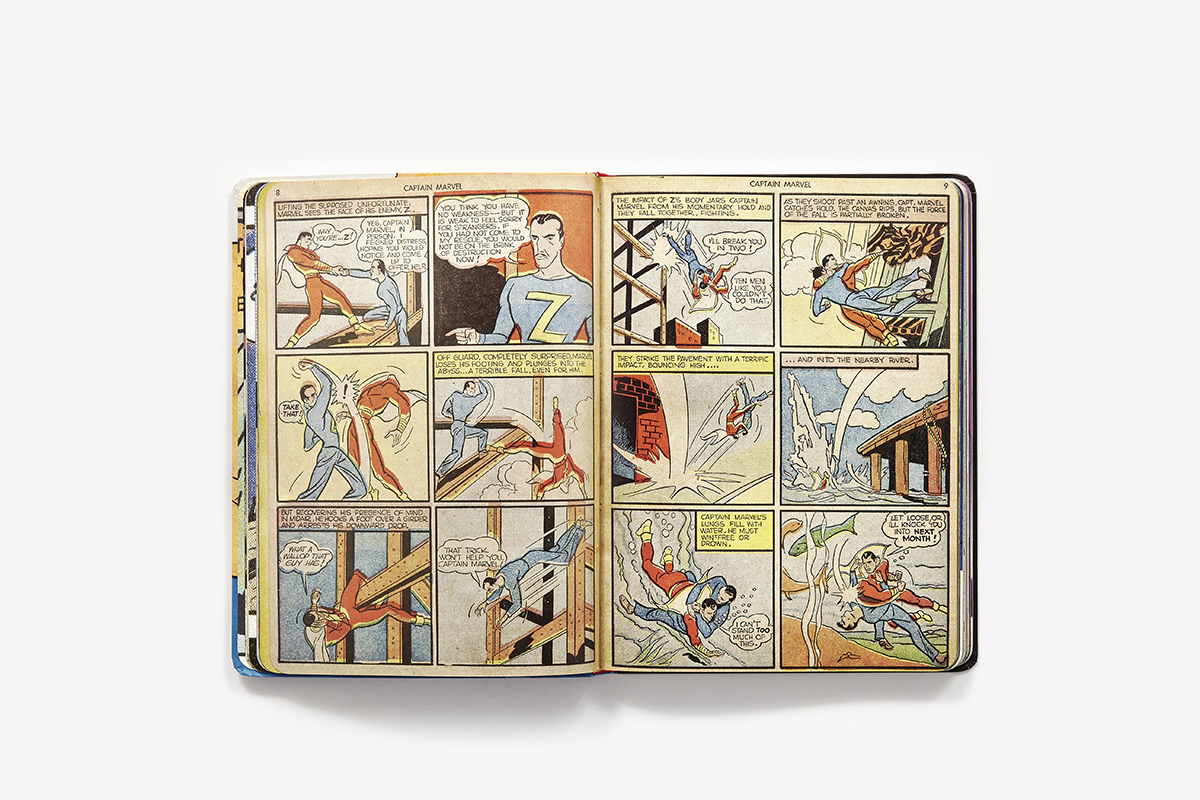 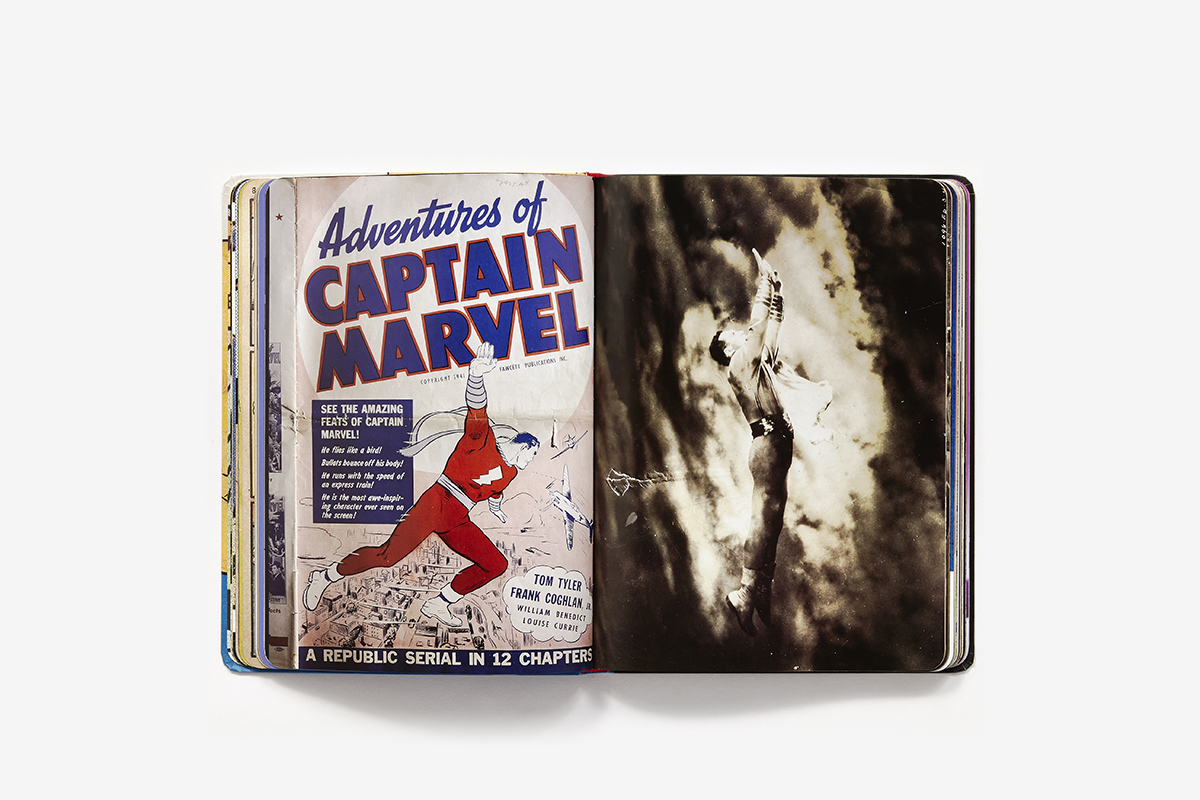 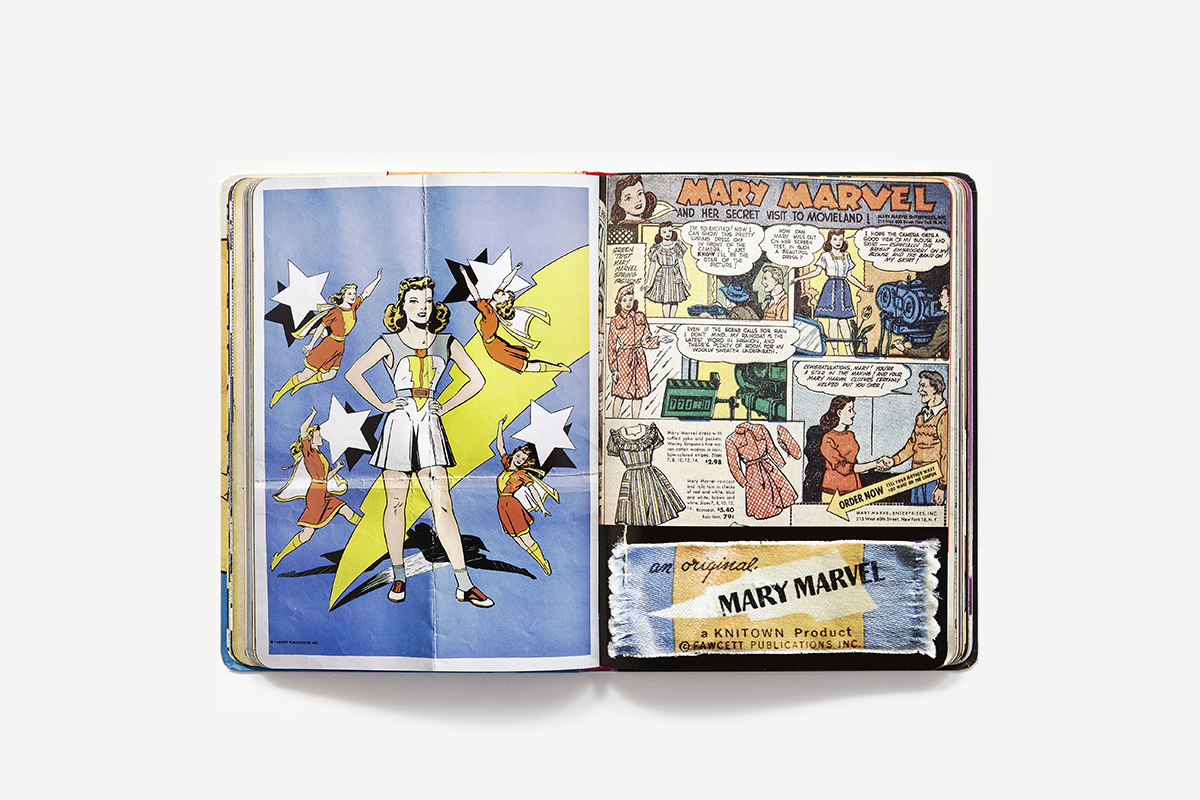 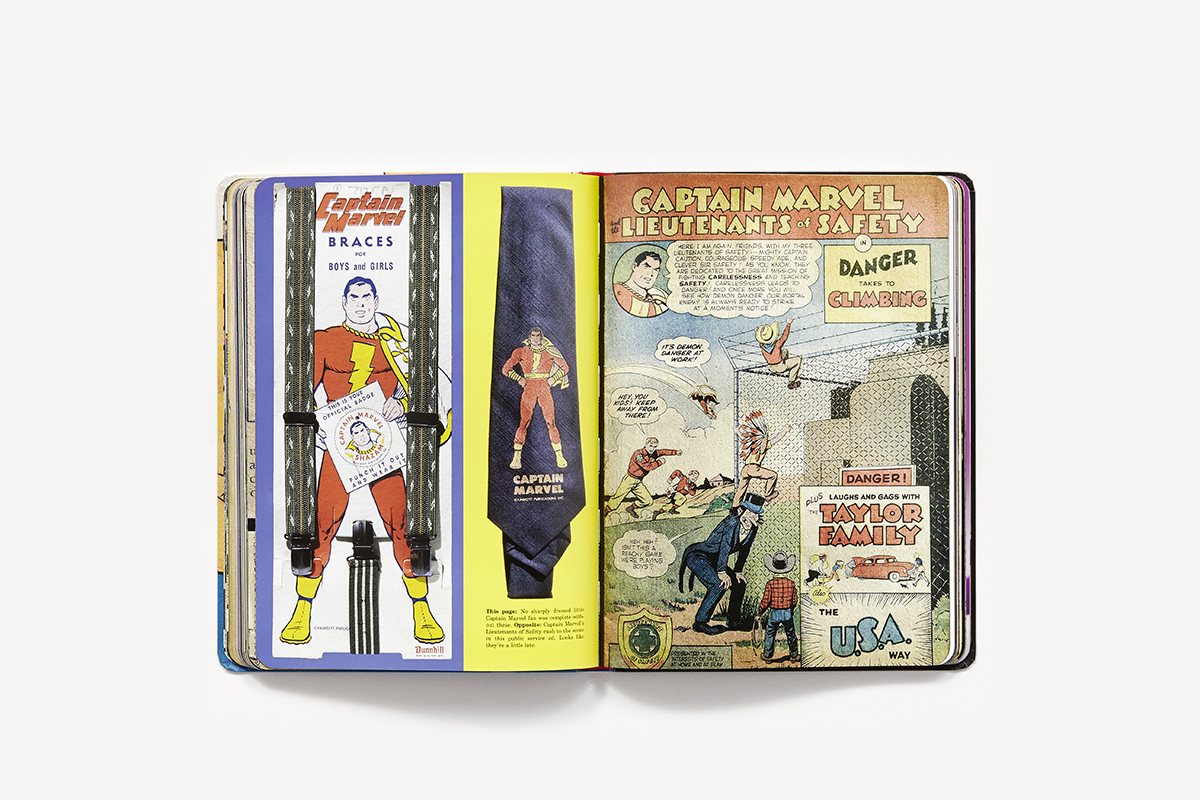 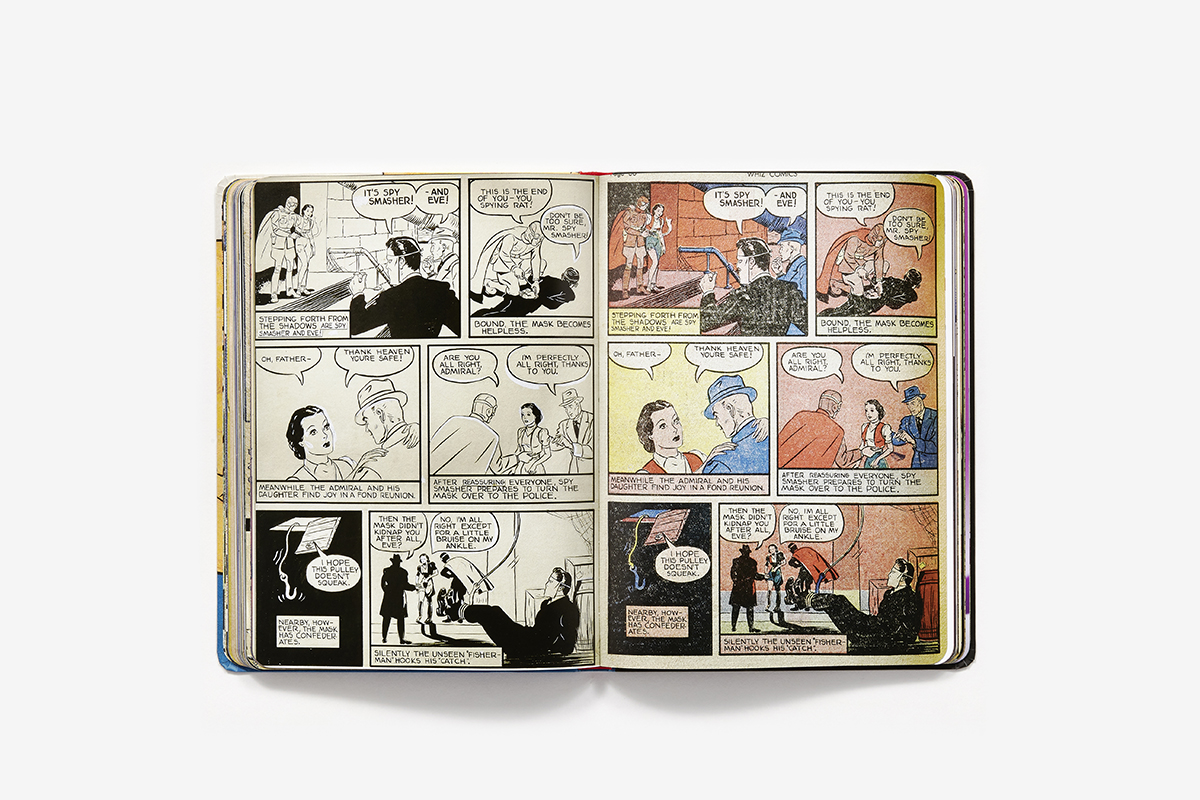 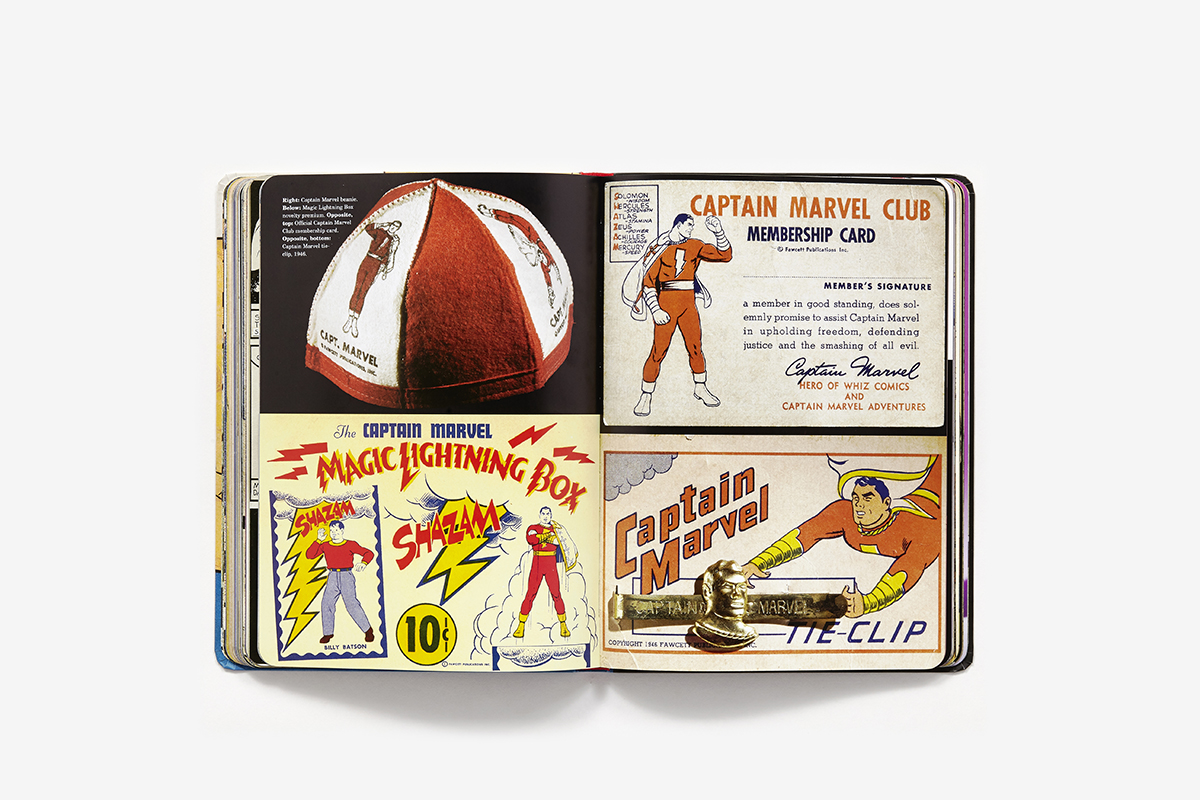 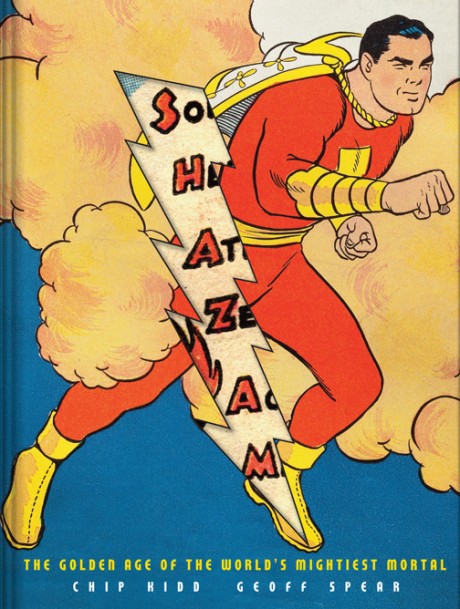 The Golden Age of the World's Mightiest Mortal

By Chip Kidd, and Geoff Spear

Shazam made his debut in Whiz Comics in 1940, and outsold his biggest competitor, Superman, by 14 million copies a month. It wasn’t long before a variety of merchandise was licensed—secret decoders, figurines, buttons, paper rockets, tin toys, puzzles, costumes—and a fan club was created to keep up with the demand. These collectibles now sell for outrageous prices on eBay or in comic book stores and conventions. Seventy years later, an unprecedented assortment of these collectibles are gathered together by award-winning writer/designer Chip Kidd and photographer Geoff Spear. Join Kidd, Spear, and the World’s Mightiest Mortal in this first, fully authorized celebration of ephemera, artwork, and rare, one-of-a-kind toys, and recapture the magic that was Shazam!

"Superman has always gotten more press, but Captain Marvel may be the greatest expression of comics' optimism: A young boy says a magical word and turns into the World's Mightiest Mortal. Chip Kidd and Geoff Spear's gorgeous new book, Shazam! The Golden Age of the World's Mightiest Mortal (ABRAMS) pays tribute to the hero's bright colors and medium-spanning stories, all lovingly displayed in Kidd's signature style . . . It's a coffee-table book that provides a glimpse into a world where the powers of the gods are just an acronym away."
-The Onion's A.V. Club

"VERDICT: Despite the quite reasonable price, this features typical ABRAMS art and production quality. Fans will grab this Marvel-ous piece of Americana faster than you can say 'Shazam!'"
-Mike Rogers, Library Journal Express

"This is a collector's dream: Page after page of Captain Marvel art, premiums, posters, toys, and ephemera from the biggest-selling superhero of all time . . . This book is a true time capsule and worthy of any comic fan's bookshelf."
--USATODAY.com

"Shazam! allows its rich imagery to tell the exciting story of this superhero. Between Kidd's glorious layout and Spear's highly detailed photography, the reader can feel the excitement and fabric that would eventually lead Captain Marvel to outsell Superman during the glorious Golden Age of comics!"
--Comic Book Resources

"Shazam! beautifully documents the creation and success of Fawcett's Captain Marvel franchise . . . Indeed, for non-Captain Marvel enthusiasts, the book may be most interesting as a compendium of historical documents, a glimpse not just of a bygone pop phenomenon but also of a larger cultural ethos."
-Forward.com

“This volume features a cornucopia of collectibles, from decoder to toys to games, all lovingly curated by writer/designer Chip Kidd and photographer Geoff Spear.”
Yahoo! Entertainment —

Chip Kidd is an award-winning graphic designer and writer, and an editor-at-large for Pantheon Books. His books on comics include Bat-Manga!, Peanuts: The Art of Charles M. Schulz, and Mythology: The DC Comics Art of Alex Ross. He lives in New York City.

Geoff Spear is an award-winning photographer whose work has appeared on numerous book covers. He lives in New York City.