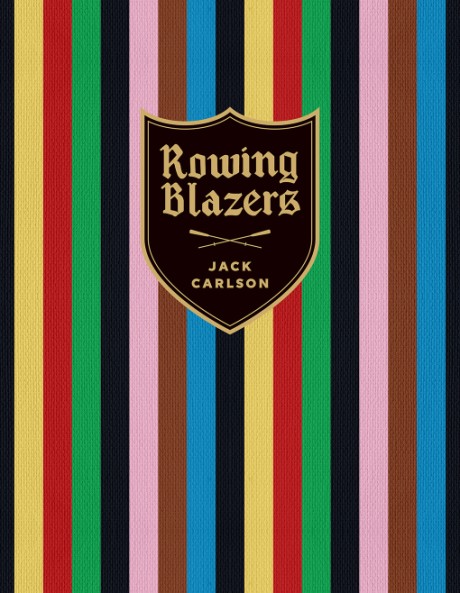 This handsome, eye-catching ode to the classic rowing blazer is a must-have for anyone who has raced the rivers or cheered on their favorite crew. Classic American style was born in British boathouses, where the very first blazers were created for college rowing clubs. This book, now revised and expanded, was created by champion rower Jack Carlson, who offers an insider’s guide to the elaborately striped, piped, trimmed, and badged garments, as well as the stories, historic clubs, and races associated with them, and of course the elite athletes themselves. Featuring stunning photographs by “prep” guru F. E. Castleberry, among others, Rowing Blazers is a visual feast, transporting readers to the highly atmospheric boathouses, campuses, and team rooms of clubs around the world. This new edition features eight additional clubs, including the University of Tokyo and its top rival, Waseda University, and Row New York, a nonprofit organization stressing academic achievement as well as rowing prowess.

Jack Carlson is a designer, archaeologist, former US team athlete, and founder of the acclaimed New York–based clothing brand Rowing Blazers. A three-time member of the United States national rowing team, he is a World Championships bronze medalist, Henley Royal Regatta winner, and Head of the Charles champion. Carlson has a PhD in archaeology from Brasenose College, Oxford, and an undergraduate degree in classics and Chinese from Georgetown’s School of Foreign Service. He is a Fellow of the Explorers Club and a member of the IBF (the International Bar Flies) at Harry’s Bar in Paris.