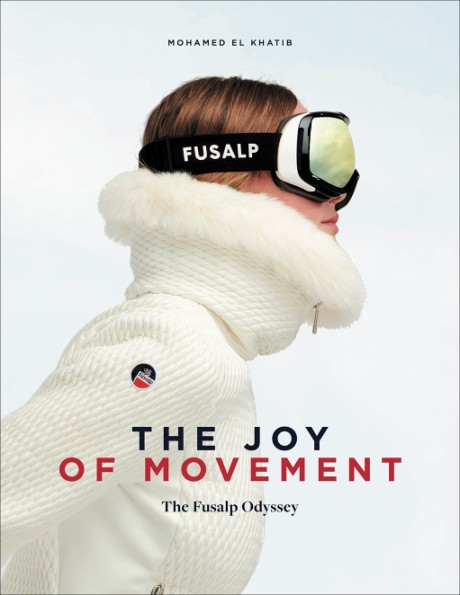 The Joy of Movement

Fusalp is the story of an iconic skiwear brand, but more than that, it is a story of passion and epic ambitions. The Joy of Movement looks back on the history of a brand that pioneered mountain apparel, inspired by the world of Alpine skiing and effortless French chic.
Fusalp was founded in 1952 by two visionary tailors on the banks of Lake Annecy in Haute Savoie—70 years of creativity centered on technology, elegance and movement. The year 2014 was a watershed for the brand, with the introduction of a new line of clothing halfway between mountain apparel and urban chic—a new look for a different type of customer. On the slopes and on the streets, Fusalp is more than ever committed to furthering the art of movement, drawing on its 70-year legacy of expertise to meet the expectations of today’s consumers.
Playwright Mohamed El Khatib invites you to think of this book as a snow globe—a magical snow globe that conjures up the human adventure at the heart of Fusalp. Discover the ambitious world of an iconic brand that has built on its past to secure its future, re-created here with never-before-seen archival material and firsthand accounts by the emblematic figures behind the brand.

Author and stage director Mohamed El Khatib creates unusual docudramas for stage, book, and film that turn the ordinary into the epic. He is a co-producer of plays, among them Boule à Neige (“Snow Globe”) where he joins forces with French historian Patrick Boucheron to “dissect” the lives of collectors. In 2019 he was awarded the Grand Prix de Littérature Dramatique together with a prize from the Académie Française. Yohanne Lamoulère obtained a diploma from the École Nationale Supérieure de la Photographie d’Arles (ENSP—higher national school of photography). She created a journey in pictures called L’île, which went on show at the MUCEM in Marseille as part of the Fragiles photographic series put together by the Tendance Floue collective, of which Yohanne is member.