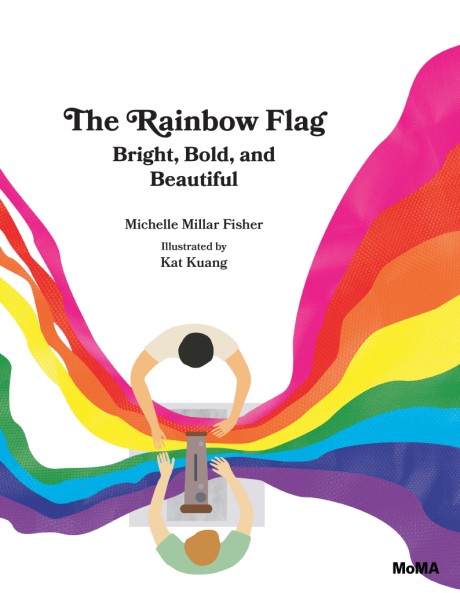 Flags are brilliant and clever works of art and design, and they bring people together under a common banner. This colorful story follows a group of friends who helped dye and sew strips of cloth to create the first Rainbow Flags for the San Francisco Gay Freedom Day Parade in 1978.

Led by a young artist named Gilbert Baker, the friends set out to create a flag that people could march behind during the Pride Parade. They knew the flag needed to be bright, in order to be seen by everyone as they marched. It needed to be bold, to lead the crowd. And it needed to be beautiful, like the love celebrated by the parade! The result is an iconic flag that has become an international symbol of the gay pride movement.

"...a comprehensive background of a global symbol."
Publishers Weekly —

Michelle Millar Fisher is The Ronald C. and Anita L. Wornick Curator of Contemporary Decorative Arts at the Museum of Fine Arts, Boston. Previously she was at the Philadelphia Museum of Art and The Museum of Modern Art, New York. She comes from Scotland and lives with her husband and her very smart Siamese cat, Harry, in Boston.  Kat Kuang is an artist and illustrator based in San Francisco.