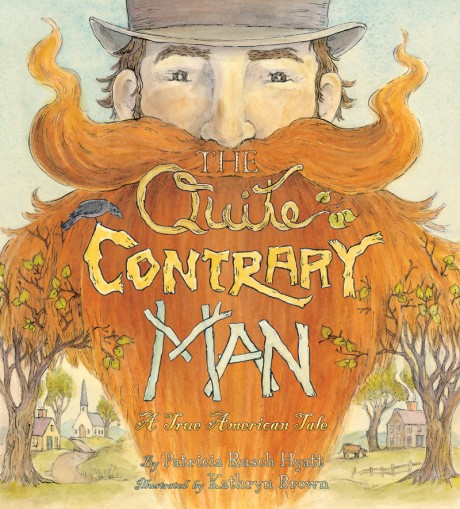 The Quite Contrary Man

In early-nineteenth-century New England, folks considered a clean chin a sign of godliness. Born into this buttoned-up, strict society, Joseph Palmer stood out from childhood as someone who liked to do things his own way. A friend to Ralph Waldo Emerson and the Alcotts, Palmer lived by his own code and grew a belly-flowing beard that made his neighbors so crazy that they tried forcibly to shave him. He fought back and ended up in prison for a year. His cause became a local sensation, and a few short decades later a president of the United States—Abraham Lincoln—would wear a beard.

Narrated with the charm of a tall tale, this true story celebrates the long American history of nonconformity and encourages children to question social rules they may take for granted.

Praise for Quite Contrary Man
“She [Hyatt] cleanly lays out a morality tale that could prompt a healthy civics lesson. Brown's arch illustrations, in watercolor with pen and ink, nicely capture 19th-century New England.”
–Kirkus Reviews

Patricia Rusch Hyatt is the author of Coast to Coast with Alice, about the first woman to drive across the United States, in 1909. She lives in New Jersey. Kathryn Brown has written and illustrated several highly regarded children's books. She lives in Massachusetts.