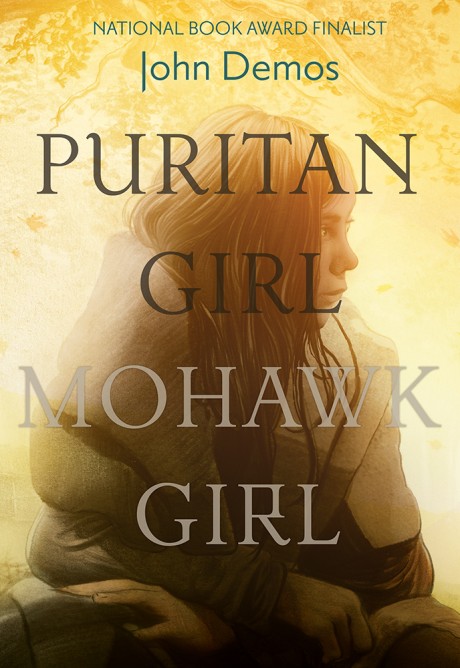 In this riveting historical fiction narrative, National Book Award Finalist John Demos shares the story of a young Puritan girl and her life-changing experience with the Mohawk people.

Inspired by Demos’s award-winning novel The Unredeemed Captive, Puritan Girl, Mohawk Girl will captivate a young audience, providing a Native American perspective rather than the Western one typically taught in the classroom.

As the armed conflicts between the English colonies in North America and the French settlements raged in the 1700s, a young Puritan girl, Eunice Williams, is kidnapped by Mohawk people and taken to Canada. She is adopted into a new family, a new culture, and a new set of traditions that will define her life. As Eunice spends her days learning the Mohawk language and the roles of women and girls in the community, she gains a deeper understanding of her Mohawk family. Although her father and brother try to persuade Eunice to return to Massachusetts, she ultimately chooses to remain with her Mohawk family and settlement.

Puritan Girl, Mohawk Girl offers a compelling and rich lesson that is sure to enchant young readers and those who want to deepen their understanding of Native American history.

"The narrative concentrates on Eunice’s early life, and Demos appends clarifications about the facts and fictions in the story as well as detailed source notes . . . the story is well researched and told, openly admits that Europeans stole indigenous lands, and offers a clear explanation of the alliances and motivations of the groups involved in this conflict."
Booklist —

"The documentation shows careful research by the author. This volume, aimed to be read by children, was inspired by the National Book Award finalist, The Unredeemed Captive: A Family Story from Early America (Alfred A. Knopf 1994). If you need a historical fiction title based on an actual person, this volume could be your choice."
School Library Connection —

" . . . this novel offers young readers a window into the conflicting cultural privileges and prejudices at play during this period of time."
School Library Journal —

"Demos’ presentation of the story from the perspective of this captive Puritan girl who became a Mohawk makes this an accessible narrative history for young readers."
International Literacy Association —

John Demos is an American author and historian. Until 2008, he was the Samuel Knight Professor of History and American Studies at Yale University. Demos lives in Tyringham, Massachusetts.