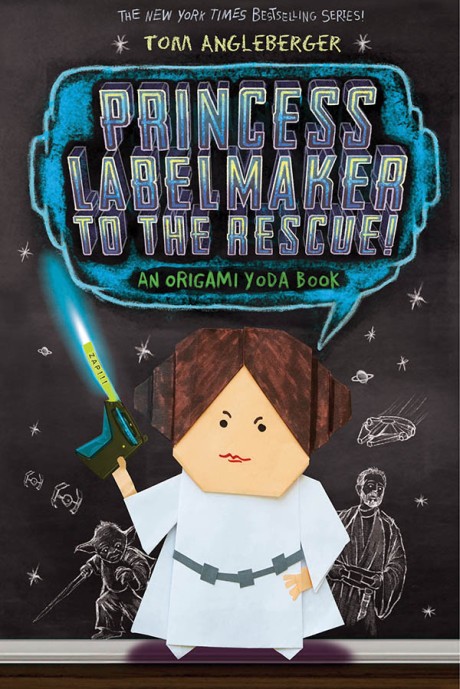 Help us, Principal Rabbski. You're our only hope.

In their fight against FunTime, the tedious, elective-crushing test prep program, Origami Yoda and the Rebel Alliance have found powerful allies in unexpected places. But the allegiance of one mysterious, all-powerful figure remains to be seen: Principal Rabbski. She says she'll help the rebels—but how? The state standard tests are just a month away, and the FunTime Menace is as strong as ever.

With time running out, one rebel decides to take matters into her own hands. The code name for the rogue rebel? Princess Labelmaker! Convinced that the Alliance's case file will persuade Rabbski to join the rebellion, Princess Labelmaker steals it and delivers it right to the principal herself! Will the case file convert the principal . . . or bring about the Alliance's doom?

Includes instructions for folding your own Leia and Luke.

"Fans will devour this satisfying and nicely realistic conclusion to the story set up in the previous volume. Characters grow, and non–Star Wars pop-culture references seep in. Readers new to the series are advised to go back to the beginning; they won't regret it." —Kirkus Reviews

"These books are more popular than a working droid on Tatooine. Expect the usual army of young Jedis to come out swinging for a copy." —Booklist

Tom Angleberger is the author of the bestselling Origami Yoda series. He is also the author of Horton Halfpott and Fake Mustache, both Edgar Award nominees, and The Qwikpick Papers: Poop Fountain! Tom maintains the Origami Yoda–inspired blog origamiyoda.com. He is married to author-illustrator Cece Bell and lives in Christiansburg, Virginia.