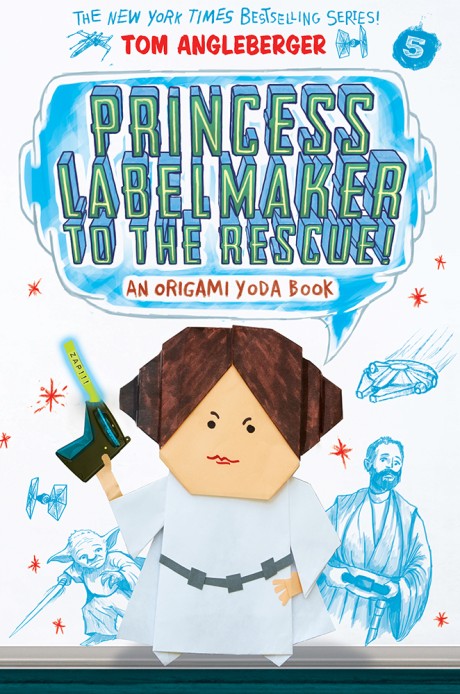 In Princess Labelmaker to the Rescue!, the war against the FunTime Menace—aka test prep—wages on at McQuarrie Middle School. Our heroes have already won one battle, with the help of surprising ally Jabba the Puppett. But to defeat the Dark Standardized Testing Forces they’re going to need an even bigger, even more surprising ally: Principal Rabbski. With pressure from great forces—the school board—will this former enemy join the Rebellion, or will her transformation into Empress Rabbski, Dark Lord of the Sith, be complete? With this topical episode, Tom Angleberger demonstrates once again that his “grasp of middle-school emotions, humor and behavior is spot-on” (Scripps Howard News Service).

Praise for Princess Labelmaker to the Rescue!
"Fans will devour this satisfying and nicely realistic conclusion to the story set up in the previous volume. Characters grow, and non–Star Wars pop-culture references seep in. Readers new to the series are advised to go back to the beginning; they won’t regret it."
--Kirkus Reviews

"These books are more popular than a working droid on Tatooine. Expect the usual army of young Jedis to come out swinging for a copy."
--Booklist

Tom Angleberger is the bestselling author of the beloved Origami Yoda series. He is also the author of Horton Halfpott, Fake Mustache, the Inspector Flytrap series, and the Qwikpick Papers series. He is married to author/illustrator Cece Bell and lives in Christiansburg, Virginia.