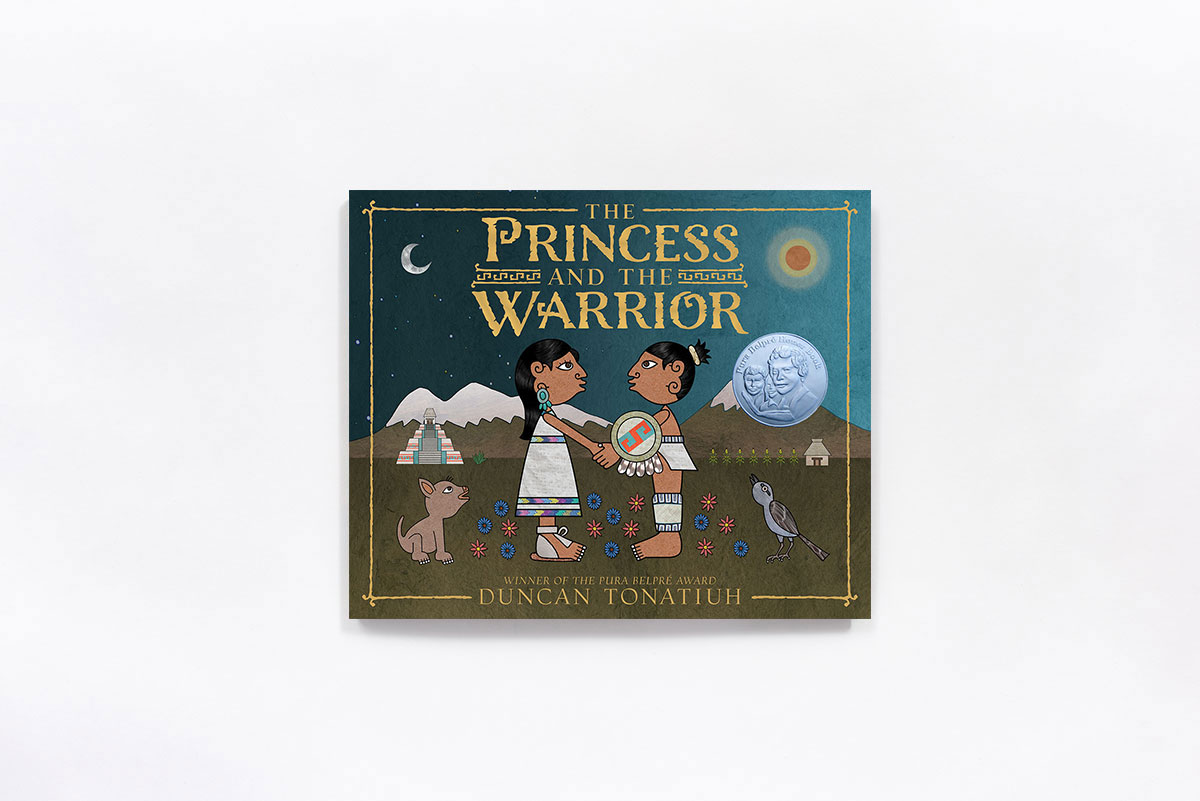 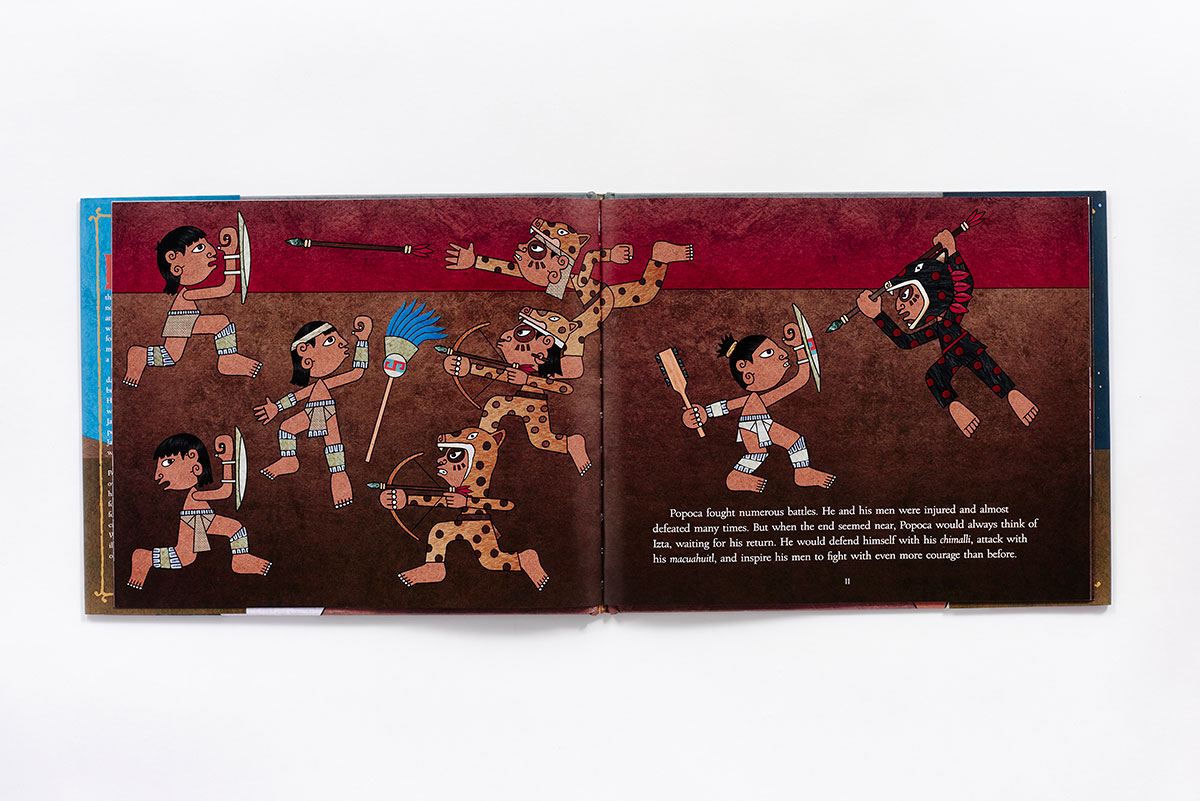 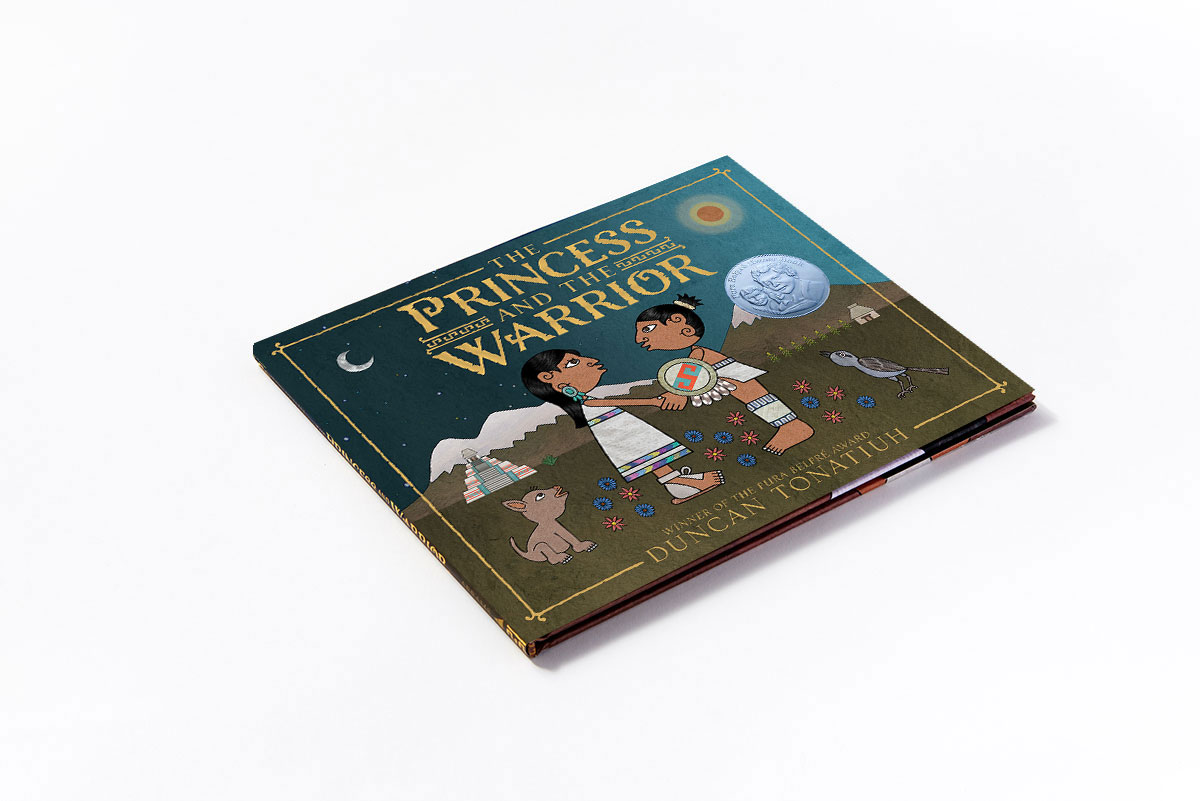 Izta was the most beautiful princess in the land, and suitors traveled from far and wide to woo her. Even though she was the daughter of the emperor, Izta had no desire to marry a man of wealth and power. Instead, she fell in love with Popoca, a brave warrior who fought in her father’s army—and a man who did not offer her riches but a promise to stay by her side forever.

The emperor did not want his daughter to marry a mere warrior, but he recognized Popoca’s bravery. He offered Popoca a deal: If the warrior could defeat their enemy, Jaguar Claw, then the emperor would permit Popoca and Izta to wed. But Jaguar Claw had a plan to thwart the warrior. Would all be lost?

Today two majestic volcanoes—Popocatépetl and Iztaccíhuatl—stand overlooking Mexico City. They have been admired and revered for countless generations, and have formed the basis of many origin and creation myths. In The Princess and the Warrior, award-winning author and illustrator Duncan Tonatiuh retells one of Mexico’s cherished legends.

**STARRED REVIEW**
"The appealing story, the powerful illustrations, and the celebration of the Aztec culture make this a sure thing for those looking for a story, while an extensive author’s note goes a step beyond, adding to the impact of the tale with a great deal of historical and cultural information."
— Booklist

**STARRED REVIEW**
"Tonatiuh’s storytelling grows more assured with each title; this may be his best yet."
— The Horn Book

**STARRED REVIEW**
"A skillfully crafted recounting of a somber tale of love and devotion."
— Publishers Weekly

**STARRED REVIEW**
"Award-winning author/illustrator Tonatiuh successfully retells this ancient tale using his distinctive and artistic illustrations with spare but effective text... Use this Aztec legend to inspire readers while teaching a bit about dramatic irony; a first purchase for all folklore collections."
— School Library Journal

"There is a solemn tone to the simple storytelling, which simultaneously evokes the antiquity of the tale and makes it accessible to younger independent readers."
— Bulletin of the Center for Children's Books