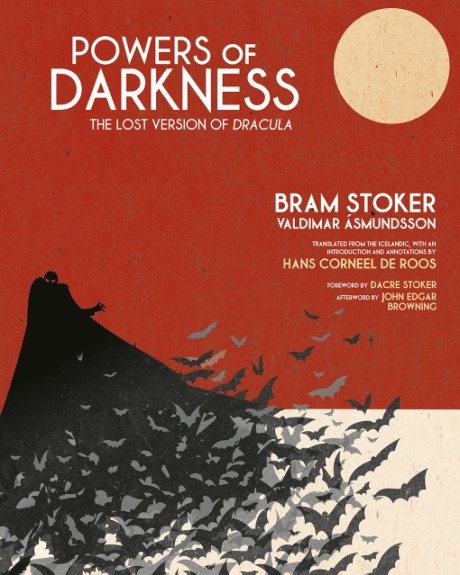 Powers of Darkness is an incredible literary discovery: In 1900, Icelandic publisher and writer Valdimar Ásmundsson set out to translate Bram Stoker's world-famous 1897 novel Dracula. Called Makt Myrkranna (literally, "Powers of Darkness"), this Icelandic edition included an original preface written by Stoker himself. Makt Myrkranna was published in Iceland in 1901 but remained undiscovered outside of the country until 1986, when Dracula scholarship was astonished by the discovery of Stoker's preface to the book. However, no one looked beyond the preface and deeper into Ásmundsson's story.In 2014, literary researcher Hans de Roos dove into the full text of Makt Myrkranna, only to discover that Ásmundsson hadn't merely translated Dracula but had penned an entirely new version of the story, with all new characters and a totally re-worked plot. The resulting narrative is one that is shorter, punchier, more erotic, and perhaps even more suspenseful than Stoker's Dracula. Incredibly, Makt Myrkranna has never been translated or even read outside of Iceland until now.Powers of Darkness presents the first ever translation into English of Stoker and Ásmundsson's Makt Myrkranna. With marginal annotations by de Roos providing readers with fascinating historical, cultural, and literary context; a foreword by Dacre Stoker, Bram Stoker's great-grandnephew and bestselling author; and an afterword by Dracula scholar John Edgar Browning, Powers of Darkness will amaze and entertain legions of fans of Gothic literature, horror, and vampire fiction.