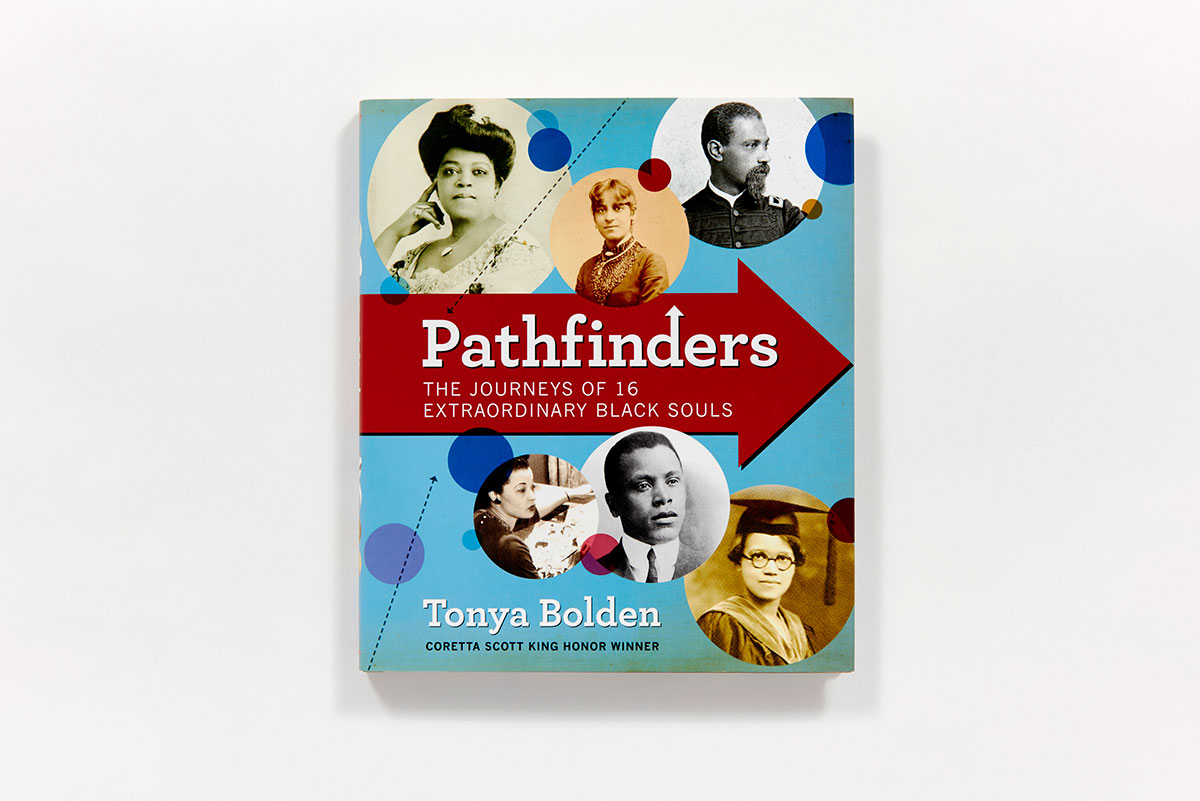 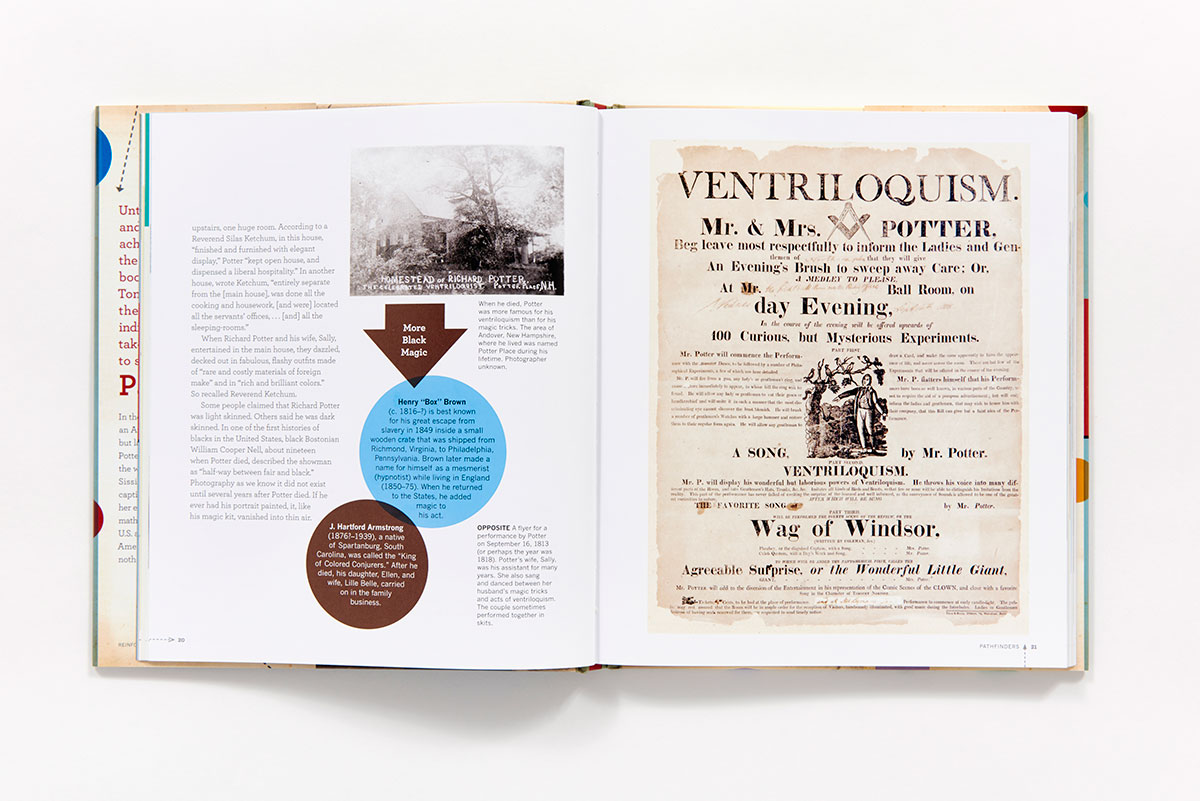 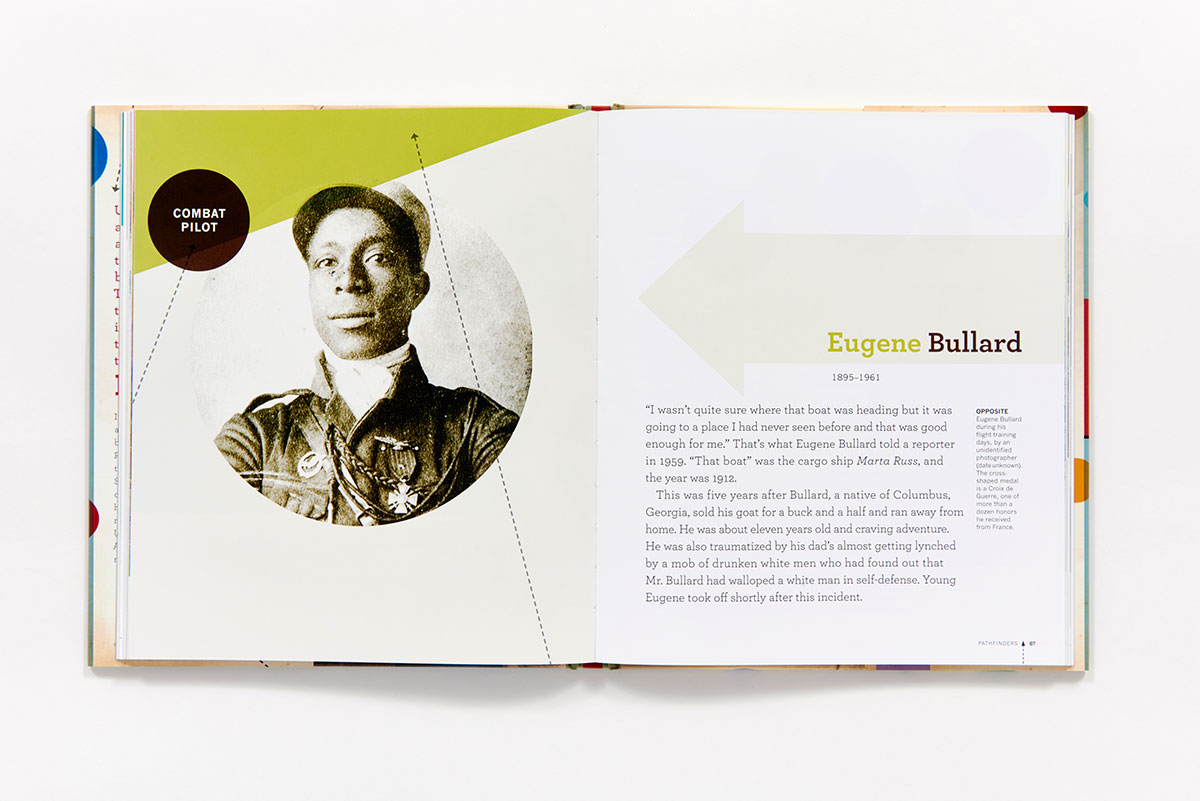 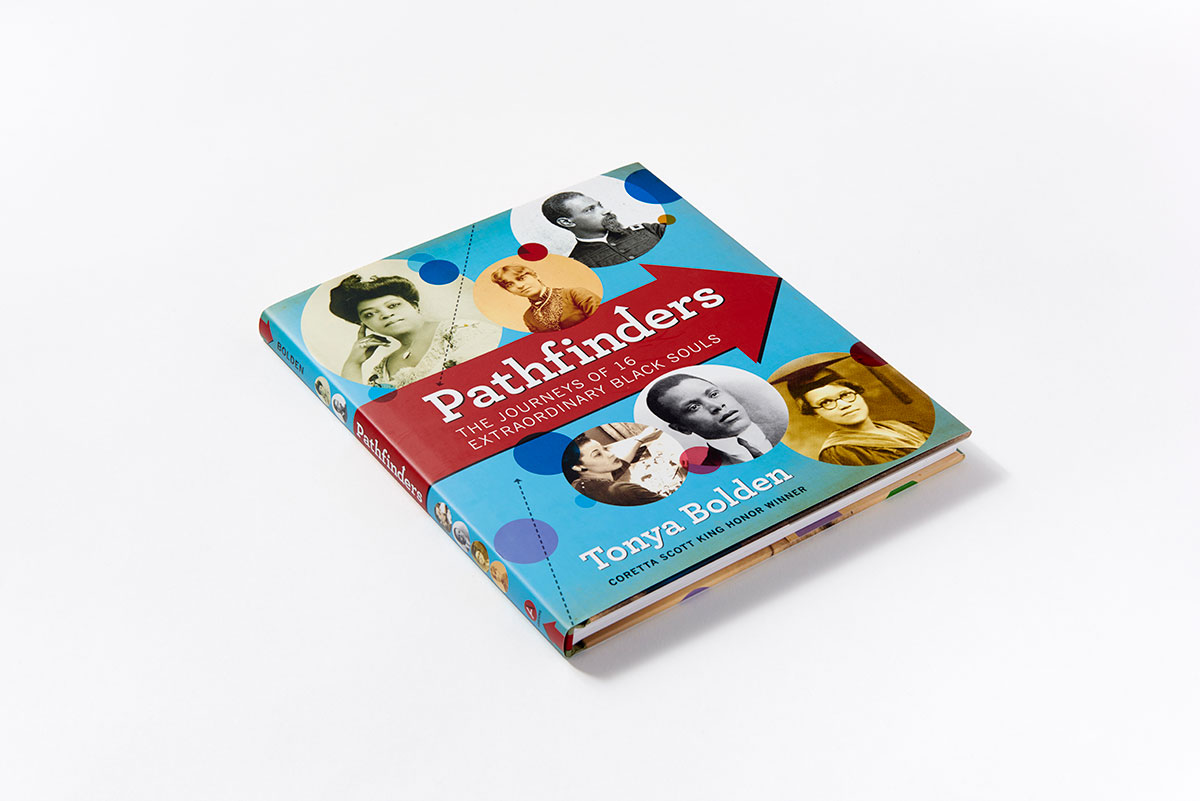 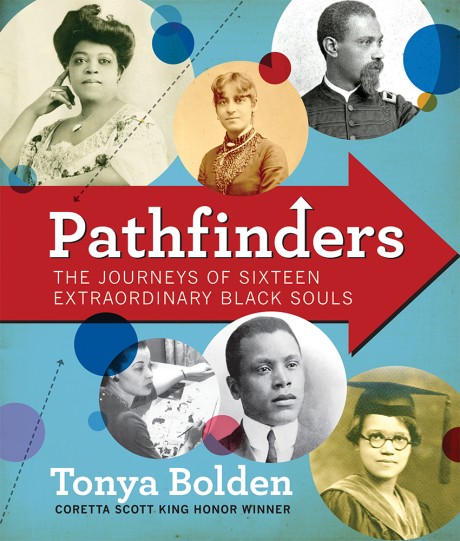 The Journeys of 16 Extraordinary Black Souls

Untold numbers of Black men and women in America have achieved great things against the odds. In this insightful book, award-winning author Tonya Bolden commemorates the lives of sixteen Black individuals who dared to dream, take risks, and chart courses to success. They were Pathfinders.

In these pages you will meet Katherine Johnson, a mathematician who was instrumental in putting U.S. astronauts on the moon; Venture Smith, an African man who was enslaved in America but later bought his own freedom; Richard Potter, a magician whose methods paved the way for entertainers like Harry Houdini; Sissieretta Jones, an opera singer who captivated audiences all over the world with her enchanting voice; James Forten, a powder boy then prisoner of war during the Revolution who grew up to be one of Philadelphia’s leading abolitionists and wealthiest citizens; James McCune Smith, the first Black university-trained physician in the United States; Mary Bowser, a spy during the Civil War; Allen Allensworth, town founder; Clara Brown, one of the first Black women to settle in what would become Colorado; Maggie Lena Walker, the first Black woman to run a bank; Charlie Wiggins, a race car driver; Eugene Bullard, a combat pilot in World War I; Oscar Micheaux, filmmaker; Jackie Ormes, cartoonist; Sadie Tanner Mossell Alexander, an economist and attorney who fought for civil rights; and Paul R. Williams, architect of luxury homes and many iconic buildings in Los Angeles.

**STARRED REVIEW**
"A lively volume and an excellent approach to U.S. history."
Kirkus —

**STARRED REVIEW**
"The lives of 16 fascinating and innovative black men and women are given due recognition in this masterly work... Teachers and librarians seeking to further develop their history and biography collections will be thrilled with this fine offering."
School Library Journal —

**STARRED REVIEW**
"Detailed descriptions and sidebars offer rich portraits of each person’s life and era, and period illustrations and photographs lend further depth to figures who will likely be unfamiliar to many readers."
Publishers Weekly —

"A well-researched book introducing a varied group of African Americans who excelled in their own, individual ways."
Booklist —

"Bolden relates the tales of her subjects with a zest that will make for great classroom readalouds."
Bulletin of the Center for Children’s Books —

"This attractive book is well laid-out with pictures and text boxes that enhance the clearly written text...During Black History Month, it would be an outstanding resource to expand students’ knowledge beyond the typical subjects of study."
School Library Connection —

"This book is a fascinating, well-written account of the lives of some obscure African-Americans. Organized in a rough chronological order...the book sheds light on their abilities to overcome racism through education and employment."
School Library Connection —

Award-winning author Tonya Bolden’s books have garnered much praise and earned countless starred reviews. Her books have been won the James Madison Book Award and have been named the School Library Journal Best Book of the Year, YALSA Best Book of the Year, and CCBC Best Book of the Year. Bolden’s works were twice nominated for an NAACP award, for her books Searching for Sarah Rector and Beautiful Moon. She won a Coretta Scott King Honor Award for Maritcha: A Nineteenth Century American Girl. Bolden’s acclaimed works include Capital Days: Michael Shiner’s Journal and the Growth of Our Nation’s Capital; Emancipation Proclamation: Lincoln and the Dawn of Liberty; 12 Days of New York; George Washington Carver; M.L.K.: Journey Of A King; Tell All the Children Our Story: Memories and Mementos of Being Young and Black in America; and Wake Up Our Souls: A Celebration of Black American Artists.