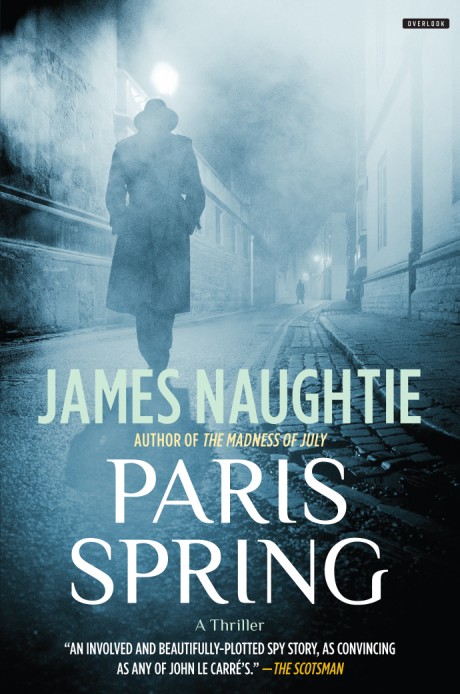 James Naughtie established himself a "capable and elegant writer" (Wall Street Journal) with his gripping and highly praised debut, The Madness of July. He sets his new, "brilliant spy thriller" (The Guardian) in the feverish atmosphere of Paris, in April of 1968. The cafes are alive with talk of revolution, but for Scottish-American Will Flemyng—a spy working in the British Embassy—the crisis is personal. A few words from a stranger on the metro change his life. His family is threatened with ruin and he now faces the spy's oldest fear: exposure.Freddy Craven is the hero and mentor Flemyng would trust with his life, but when he is tempted into a dark, Cold War labyrinth, he chooses the dangerous path and plays his game alone. And when glamorous, globe-trotting journalist Grace Quincy, in pursuit of a big story, is found dead in the Père Lachaise cemetery, the question is raised—what side was she on? Certainly she knew too much, and had become dangerous. But to whom? The bizarre murder reveals a web of secrets, and Fleming's loyalty to family and friends is tested as never before. As the streets of Paris become a smoke-filled battleground, Flemyng, like his friends and enemies, discovers that where secrets are at stake, lives are too. Once again James Naughtie spins an irresistible, intelligent, and page turning thriller.