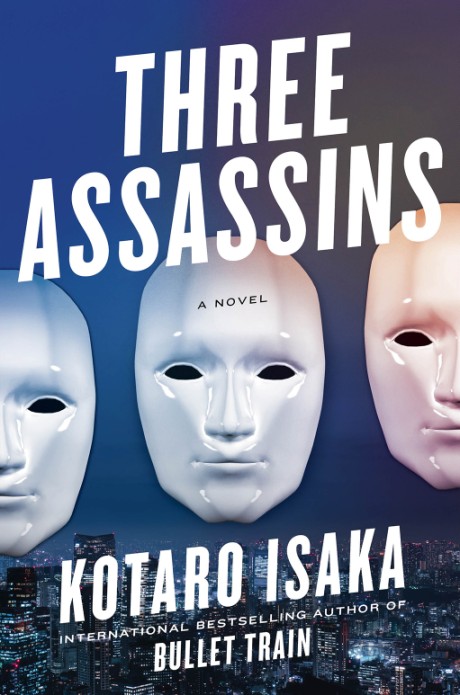 By the internationally bestselling author of Bullet Train, the high-octane new thriller, set in Tokyo’s criminal underworld, pits an ordinary man against a group of talented and very unusual assassins

Suzuki is an ordinary man until his wife is murdered. To get answers and his revenge, Suzuki abandons his law-abiding lifestyle and takes a low-level job with a front company operated by the crime gang Maiden, who are responsible for his wife’s death. Before long, Suzuki finds himself caught up in a network of quirky and highly effective assassins:

The Cicada is a knife expert.
The Pusher nudges people into oncoming traffic.
The Whale whispers bleak aphorisms to his victims until they take their own lives.

Intense and electrifying, Three Assassins delivers a wild ride through the criminal underworld of Tokyo, populated by contract killers who are almost superhumanly good at their jobs.

“[An] engrossing thriller . . . Isaka makes what could be an over-the-top narrative work through his depiction of an everyman protagonist in way over his head. Fans of Bullet Train won’t be disappointed.”

“A delicate balancing act between this heady nihilism and his direct, propulsive plotting... Three Assassins feels like a fever dream that makes sense when you’re in it, but whose strange contours linger long after you wake up.”

“The world created here is highly imaginative and chaotic, with very engaging characters. This prequel to Bullet Train is a super fun and wild ride.”

“Isaka cuts from scene to scene, injecting plentiful amounts of humor, pathos, and surprisingly deep musings on pop culture into his plot as it pinballs along . . .a wildly entertaining criminal romp with a surprisingly poignant ending. Recommended.”

“Tense and action-packed, Kotaro Isaka’s Three Assassins offers an exploration of just how dangerous and uncertain the quest for vengeance can be.”
Portland Book Review —

“Very well done . . . The plot is well-designed, the connections neatly made – and the intricacy is pleasing . . . the storyline in Three Assassins makes for a very enjoyable and quite satisfying read.”
Complete Review —

Kotaro Isaka is a bestselling and award-winning writer whose books have sold millions of copies around the world. He has won the Shincho Mystery Club Award, Mystery Writers of Japan Award, Japan Booksellers' Award, and the Yamamoto Shugoro Prize. His novel Bullet Train is soon to be a major film from Sony starring Brad Pitt.