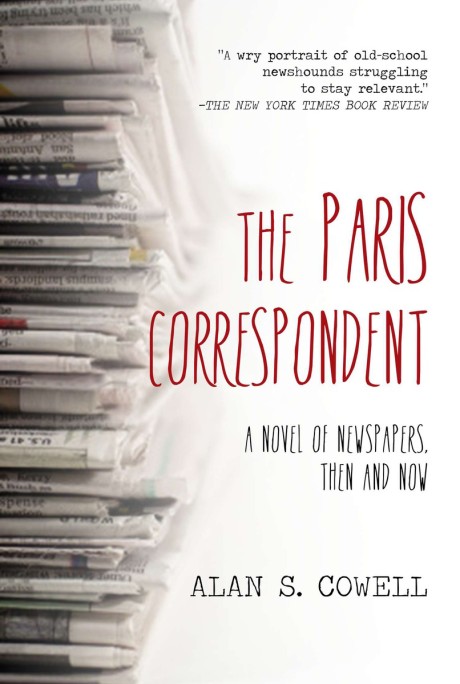 A Novel of Newspapers, Then and Now

Ed Clancy and Joe Shelby are journalists with The Paris Star, an English-language paper based in Paris. Relics from a time when print news was in its heyday, when being a reporter meant watching a city crumble around you as you called in one last dispatch, the Internet age has taken them by surprise. The two friends are faced with the death of what they hold most dear--their careers, and, for Shelby, a woman he cannot bring himself to mention. The Paris Correspondent is a tribute to journalism, love, and liquor in a turbulent era. Written in riveting prose that captures the changing world of a foreign correspondent's life, Alan S. Cowell's breakout novel is not to be missed. Writing from experience and in homage to Reynolds Packard's Dateline Paris, his razor-sharp and darkly funny style will win readers the world over.